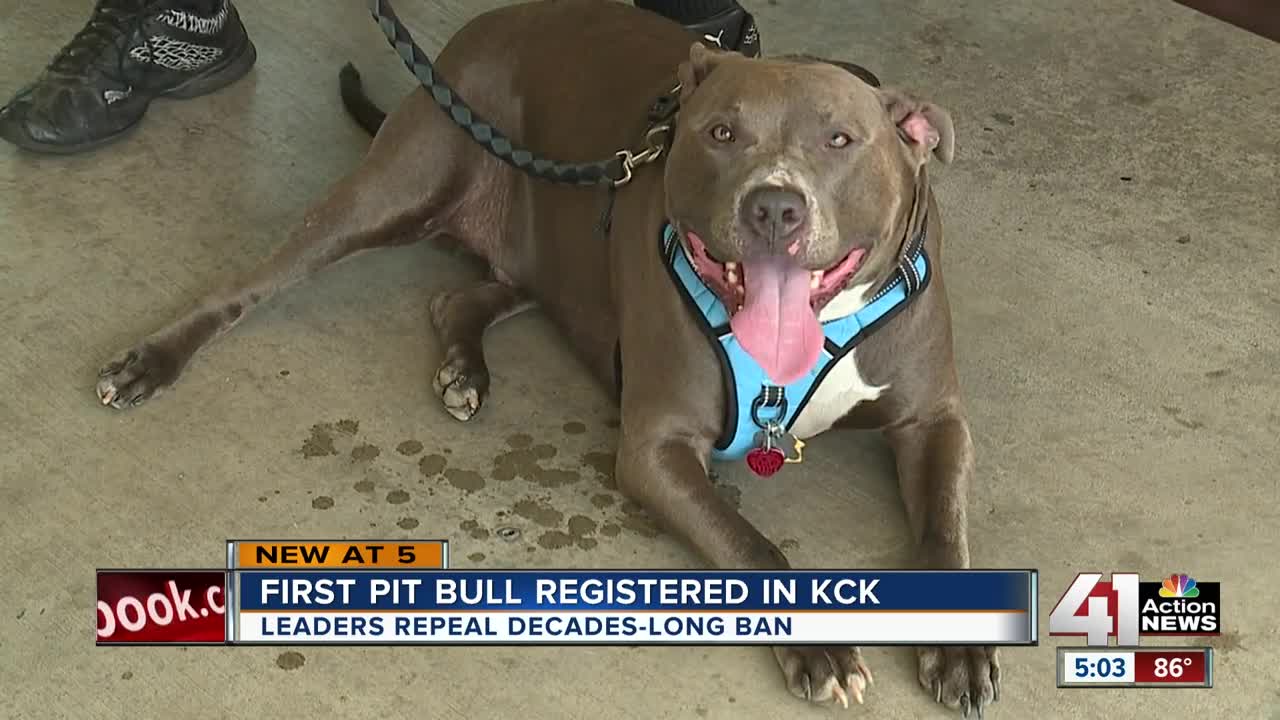 Shortly after Kansas City, Kansas, lifted its ban on pit bulls, shelters are now seeing applications and registrations for the dogs. 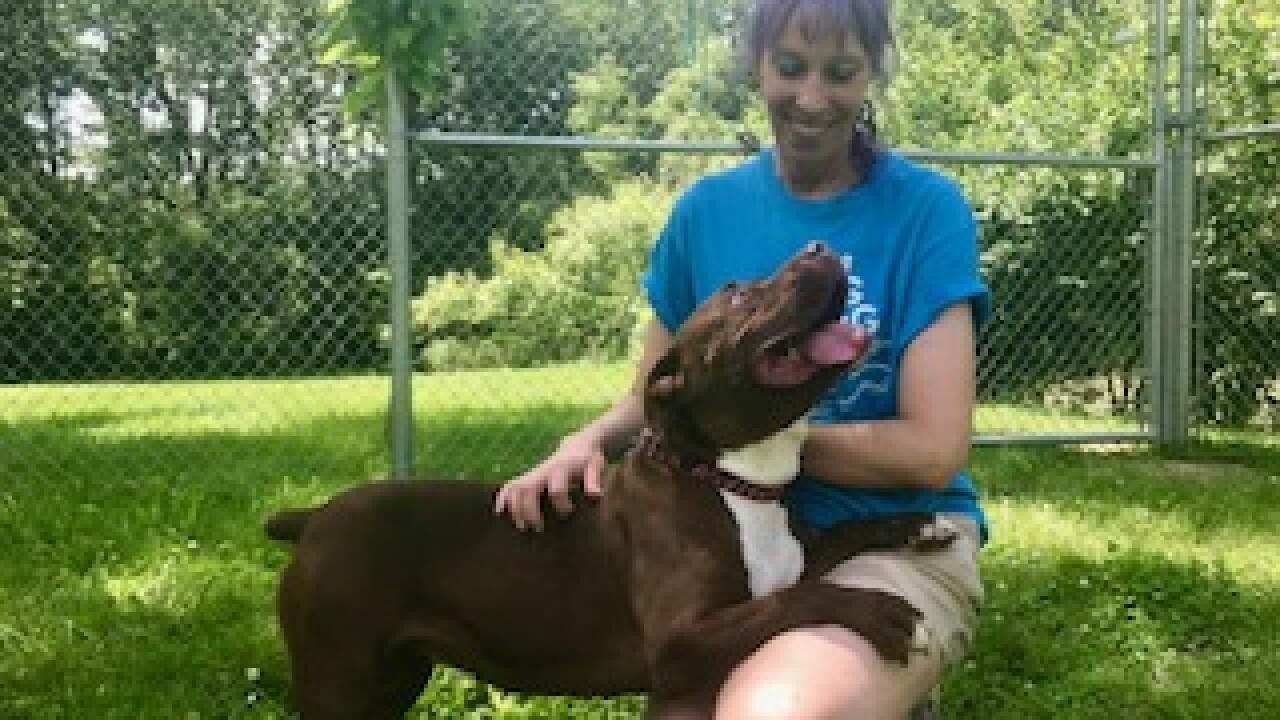 KANSAS CITY, Kan. — After the Unified Government of Wyandotte County and Kansas City, Kansas, repealed its ban on pit bull-type dogs at the end of May, shelters are now seeing people registering and applying to adopt the dogs.

"This trip wouldn't have happened three weeks ago," said Steve Cochran, who met up with 41 Action News at Wyandotte County Park with his pit bull.

Before the ban was repealed, Cochran and his wife, Tina, always had to be on the lookout. They couldn't walk their American Staffordshire terrier, Mack, in the daylight. The dog had to be in the backyard at all times. The couple had to put in a lot of effort just to find a veterinarian in KCK who would see Mack.

"It was a long battle, what we endured personally for the past three years," Cochran said.

A couple of years ago, he started a Facebook page to gain support for a repeal of the decades-old ban.

Now that the repeal has taken effect, Cochran said it's a game-changer for Mack and his family.

"I was the very first person there at 7:30 (Thursday morning), waiting for animal control to open up," Cochran said.

Mack is the first pit bull to be officially and legally registered in KCK.

Also Thursday, a man and his pit bull, KC, were reunited after more than two months. The man was forced to surrender KC because of the ban.

Christine Blank, canine shelter director for the Humane Society of Greater Kansas City, said the repeal will lift the burden on area shelters.

"I am excited for every single one of them," Blank said.

The Humane Society was a big champion for the ban repeal. The agency worked alongside KCK Animal Services to advocate for the change.
Pit bulls stay in shelters far longer than other breeds.

"We've also had some other applicants, people who live in KCK recently apply for a pit bull or pit bull mixes we have," Blank said.

Animal Services was spending one-quarter of its $1 million budget on breed-specific services.

Blank said the Humane Society hopes the repeal will free up needed space in the shelters and ultimately give the dogs a better life.

"I want the ban lifted nationwide," he said.