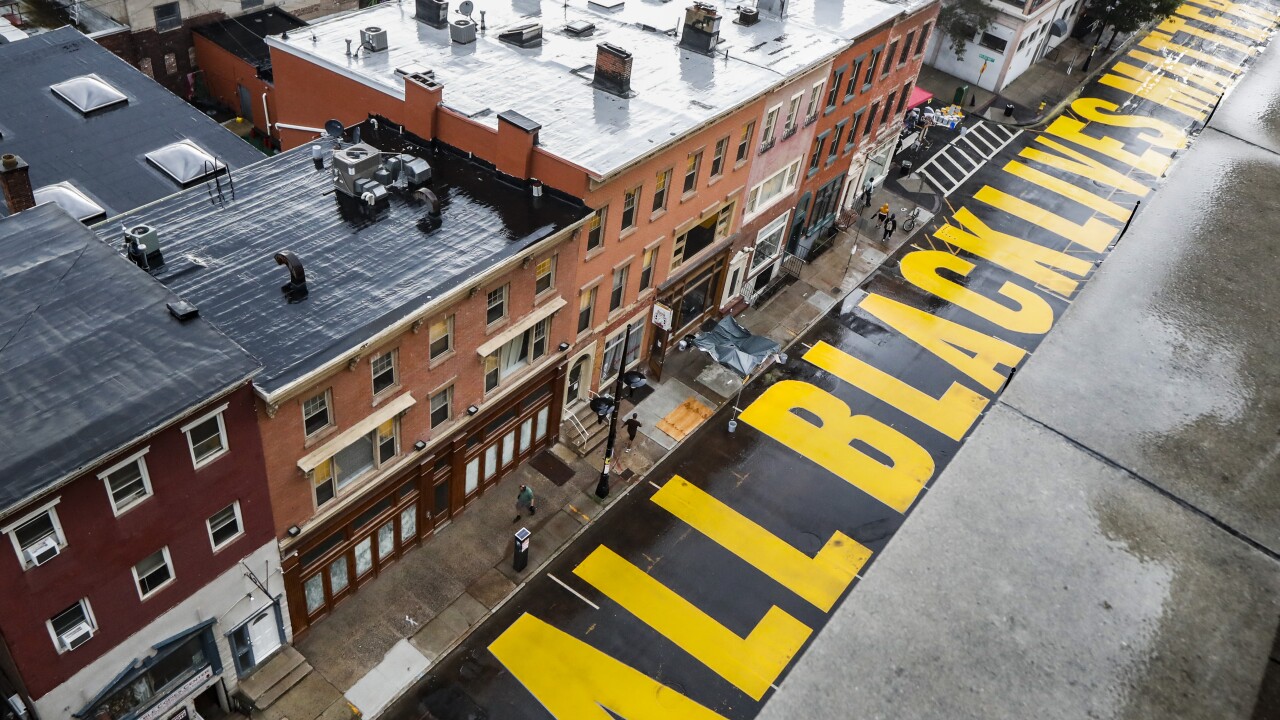 (Copyright 2020 The Associated Press. All rights reserved. This material may not be published, broadcast, rewritten or redistributed.)
John Minchillo/AP
Pedestrians pass a mural that reads "ALL BLACK LIVES MATTER" painted on Halsey Street, Saturday, June 27, 2020, in Newark, N.J. 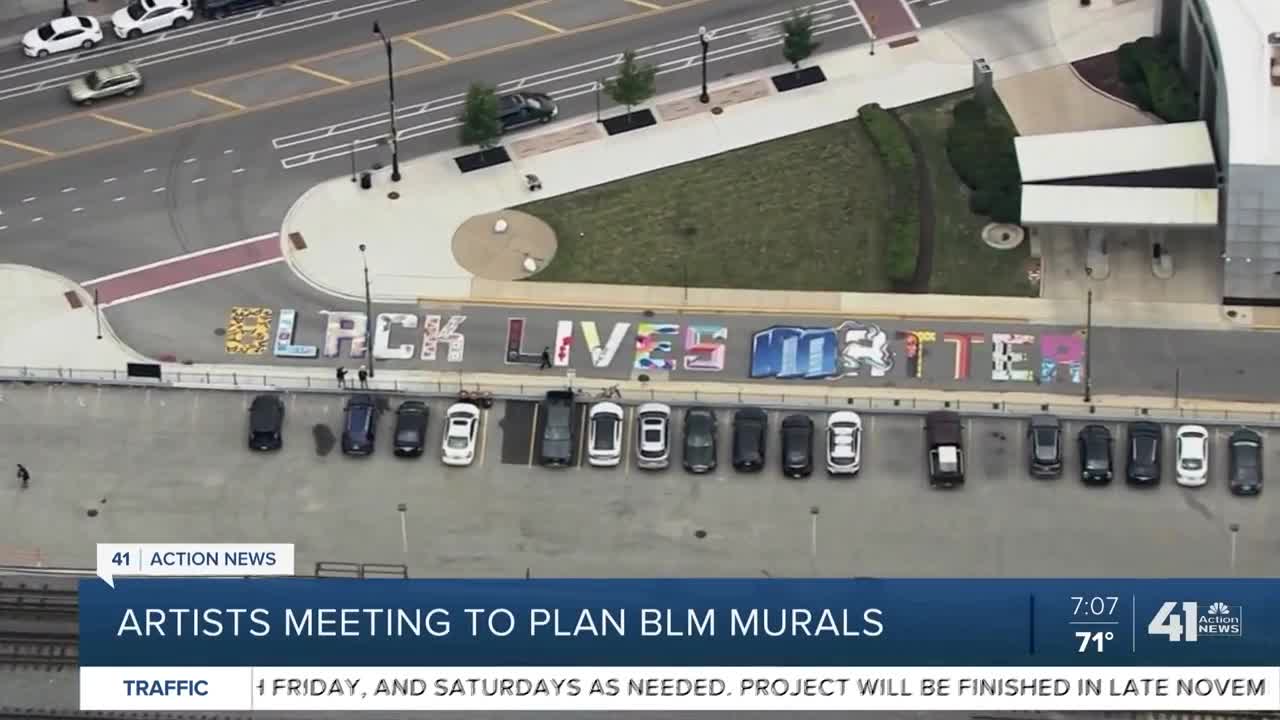 The KCMO City Council adopted a resolution Thursday night to partner with KC Art on the Block for up to six murals across the city.

The resolution says that Kansas City “recognizes the importance and significance of the Black Lives Matter movement” and “wishes to sanction the legitimacy of this powerful initiative aimed at advancing social justice and racial equity.”

Similar murals have been painted on city streets across the country during a protest-filled summer since George Floyd was killed by Minneapolis police in late May.

The Urban League of Greater Kansas City, the NAACP Kansas City chapter and the Troost Market Collective also will partner with the city and KC Art on the Block for the murals project.

The stated goal of the initiative is to raise “public awareness of this important message via the power of the arts and repeat visual reinforcement.”

The resolution directs the city manager’s office to approve the design and location of the murals and plan traffic control measures to ensure the safety of the artists, volunteers and city staff creating the artwork.

Acting City Manager Earnest Rouse’s office also will be responsible for ensuring completion of the project.

The murals, which will include the words “Black Lives Matter,” may not impeded street markings in place for traffic control.