Few people say they were hit by officers 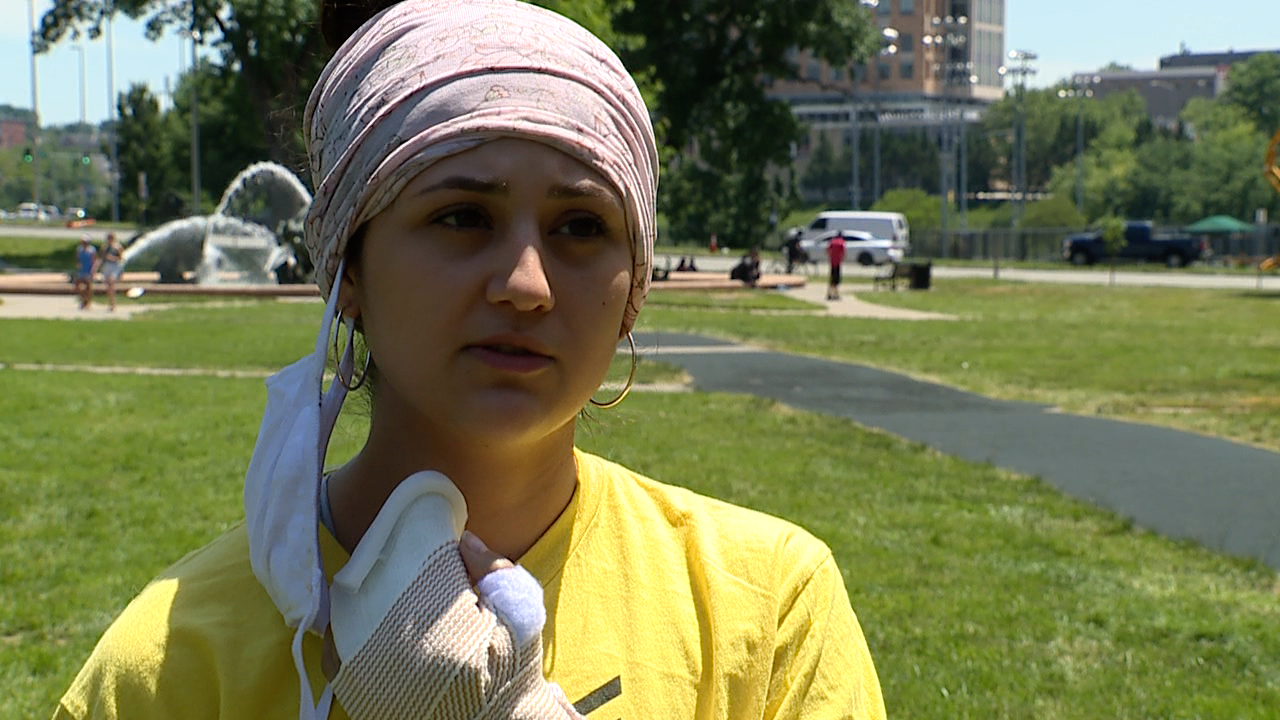 Elisa Villarreo, a KCMO woman who was protesting with thousands of others on the Country Club Plaza this weekend, says that at some point, the peaceful protest took a more violent turn. 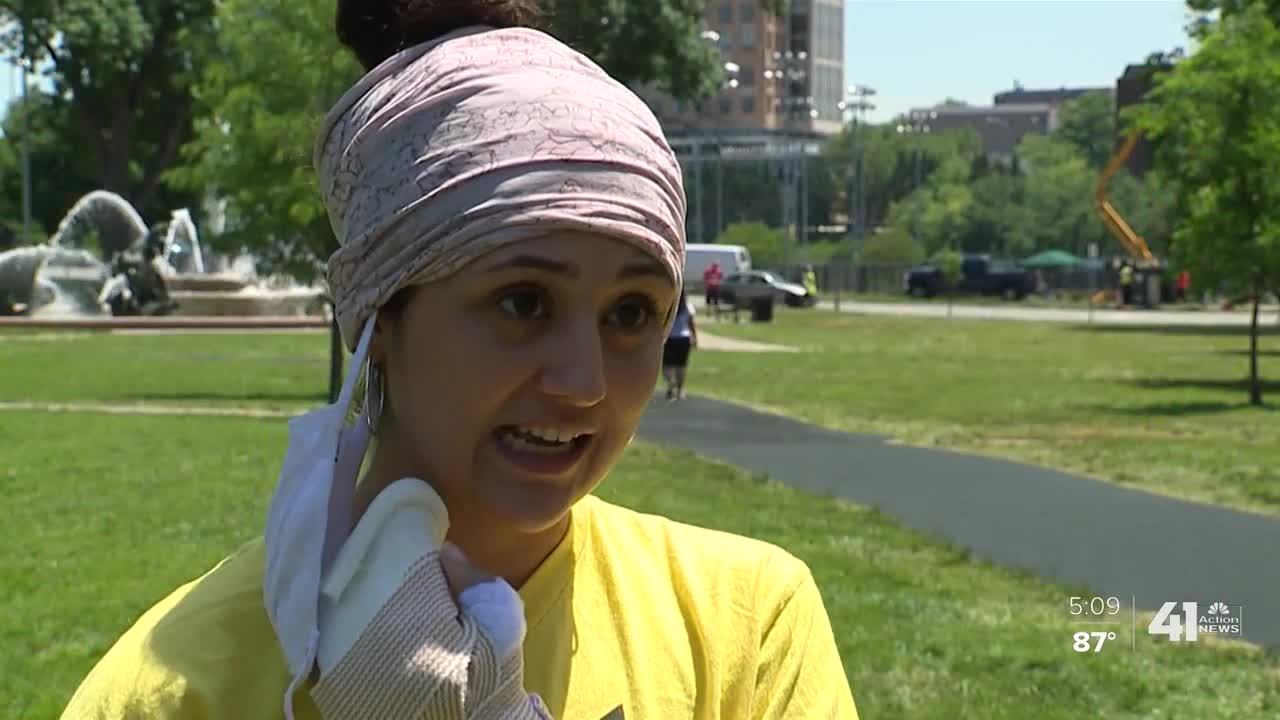 KANSAS CITY, Mo. — A Kansas City, Missouri, woman who was protesting with thousands of others on the Country Club Plaza this weekend says that at some point, the peaceful protest took a more violent turn.

"Whenever we took the streets and were coming back this way, violence broke out unfortunately," said Elise Villarreal, who attended this weekend's protests.

She was alongside her boyfriend at the protests in Mill Creek Park, which were sparked by the death of George Floyd at the hands of Minneapolis police last week. Villarreal said for the most part, it was a peaceful protest. Then, things took a turn when she went to the front lines to check out a commotion that was going on.

"They told me to move back. I complied. I told them I was not being a threat to them. I was only there to document," Villarreal said.

That's when she said she was hit by an officer trying to get people to move with his baton.

"They said they were going to swing and they did it and it hit me, even though they weren't aiming for me," Villarreal said.

Her finger is now broken in two places, according to her doctors.

She is the same woman who shot a video on Saturday that has gone viral. (Warning: video contains strong language)

@kcpolice WE are disappointed. This man was using his WORDS and was responded to with WEAPONS. #BlackLivesMatter #JusticeForGeorge pic.twitter.com/B7Ef7qAzK3

It has now been viewed more than 2 million times, and many are questioning the use of force.

Kansas City police told 41 Action News on Tuesday that the man in that video was arrested on municipal charges.

"The response from the crowd was aggressive and violent," according to police, which they said was what led officers to use pepper spray on the crowd.

On Monday, Kansas City Police Chief Rick Smith responded to questions about the department's use of force over the entire weekend.

Villarreal said she believes the force that was used on her was wrong, and while she might want an apology, what she really wants is change.

"I would appreciate more just not harming unarmed citizens. What's the need for that?" Villarreal said.

Editor's note: The original version of this story misspelled Elise Villarreal's first and last names. We regret the error.

We have seen firsthand how these protests can quickly turn disruptive. In the last several nights, there has been violence against journalists all across the country, including here in Kansas City. We are committed to keeping you informed but will put the safety of our news team first.

We are monitoring protests but you may notice our crews are doing their best to keep a safe distance from the crowds and will not go toward violence.

In addition, a security team accompanies our crews to constantly monitor their surroundings.