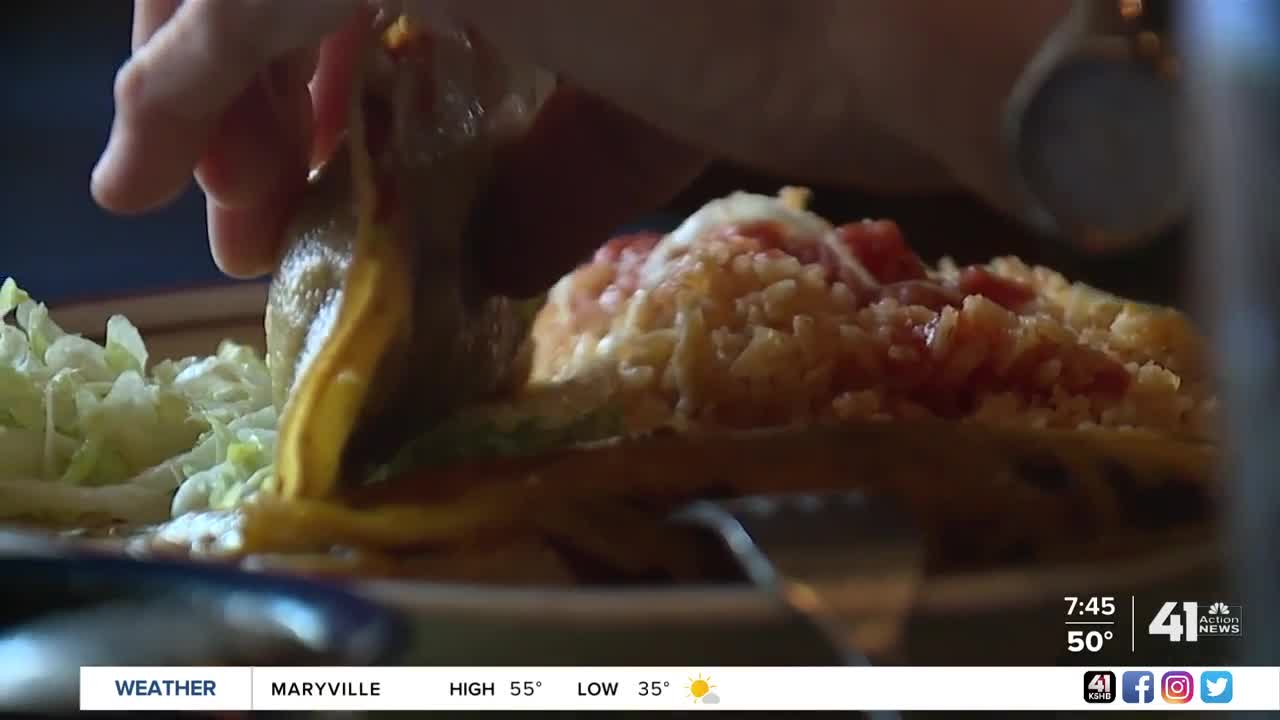 Family taco recipes are more than just dinner, they're legacy in Kansas City. 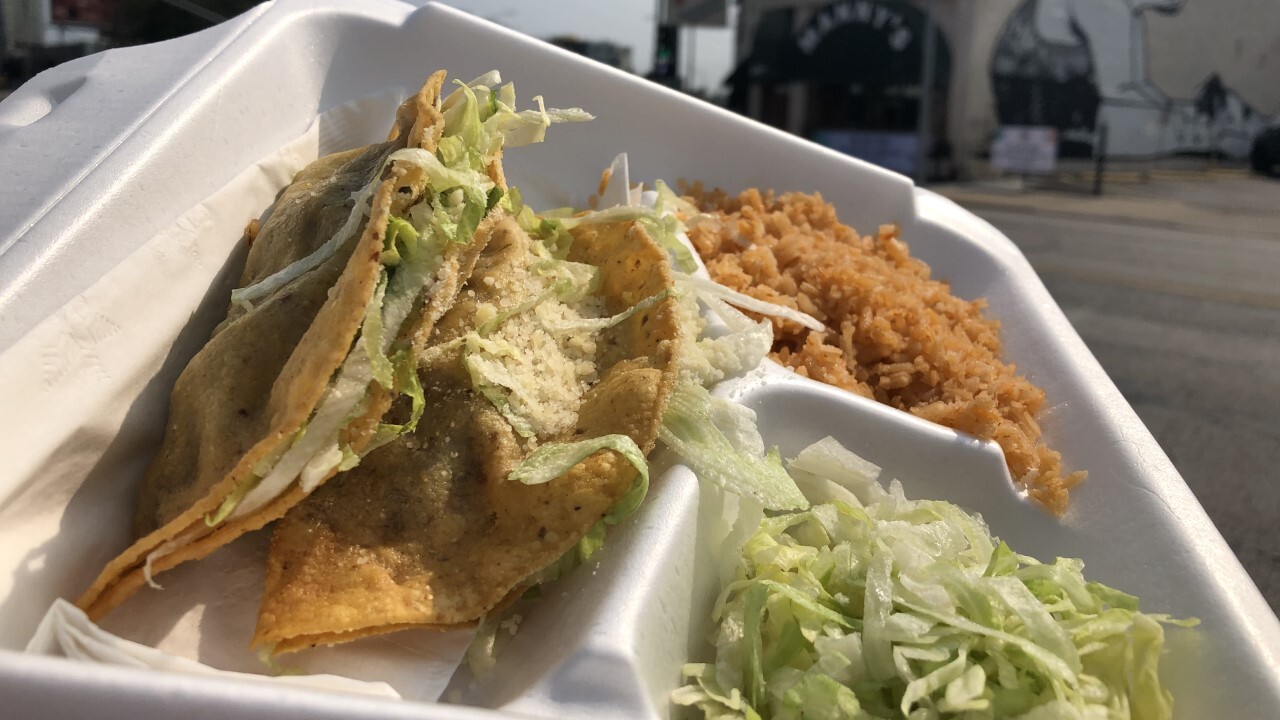 KANSAS CITY, Mo. — More than a menu item, crispy fried beef tacos topped with parmesan cheese are a part of some family legacies that are special to Kansas City.

“When people come in here, they hardly look at a menu. They know exactly what they want,” general manager David Lopez said. “It’s my chapter in the book that is Familia Lopez.”

The traditions have roots in Mexico.

“My grandparents came over here from Mexico. My father was born here, lived in Argentine, Kansas," Lopez explained.

His father, Manny, started the restaurant with his wife 40 years ago in 1980.

“For him, it was about making an impact on the community, helping as many people as he could. He did that,” Lopez said. “And in times that we’re living in today, right now when people just want a little bit of comfort, they immediately go to the crispy taco."

Other customer favorites include the restaurant's burritos and tamales.

“I think of my grandma who was barely five-foot-tall with her arthritic hands putting taco shells together and frying them in the pot and telling me, ‘be patient mijo, be patient,'" Lopez recalled.

But it's not just the fried shell that makes the Kansas City taco what it is.

“This one has to be fried, fresh. It’s got to have a lightly seasoned beef, the cheese has to be parmesan,” said José Ralat, author and Taco Editor at Texas Monthly.

While he said you can find similar fried tacos elsewhere, he wrote about what he called the ‘signature parmesan-dusted fried taco’ from Kansas City in his book, “American Tacos: A History and Guide."

Though it may not be common in other places, Lopez said customers don’t question the parmesan cheese topping in Kansas City.

“I don’t even know if I can remember when I had to answer that question the last time. They just love how it tastes and that’s when you know you’ve got something special,” he said.

“It is very special, the ‘Kansas City Taco,’ and I think the fact that everyone took it for granted makes it even more special. It’s that ingrained in the culture that no one gives it a second thought,” Ralat said.

Decades later, those tacos are a top seller at Manny’s.

“We make hundreds of tacos to get through the day. Hundreds of tacos,” Lopez said, especially on the weekends. “Thousands a week. We’re blessed that people love our tacos.”

And making those tacos is an involved process at Manny’s.

“It’s an eight-inch corn tortilla that we have specially made for us,” he said. “Every morning at about 7 a.m. my chefs and our kitchen staff get there, cook the ground beef, you know, put our little special spin on what we need to do to that ground beef. Next, they cool the beef and warm the tortillas," Lopez explained. “Then we’ll put a nice little scoop of ground beef in there and then we’ve got the same ladies that have been doing it for almost 20 years. It’s really quite amazing and it’s really cool. You know people that have actually learned from my grandma and grandpa.”

There's a trick to getting the perfect fry.

“We take our toothpicks and we pin the tacos,” Lopez said.

Once the tacos are made for the day, they are fried to order so they are hot and fresh.

So why the parmesan?

“That parmesan cheese was, was almost a necessity. It was a little bit cheaper, it was a little bit easier to get,” Lopez said. “You would buy it in blocks and then grated you could make it last a little bit longer, so that’s why our family kind of turned to that.”

But it isn't just the Lopez family that turned to the unique cheese choice.

“They use queso fresco, but back then it was too expensive, hard to get, so they use parmesan cheese,” Marie Chaurand Medina said. “Which actually was even better because it tastes – they’re so good!”

A few blocks down Southwest Boulevard at la Fonda El Taquito, part-owner Chaurand Medina has decades of family recipes, too.

“My mother and father started the business when they were 65 years old, but my father loved to cook. My mother loved to cook,” she said. “My father cooked the carnitas and the meats and he was very good at all the chorizos and all these things.”

The restaurant has been at its current location for more than 20 years, but the family’s first restaurant started at 17th and Summit streets.

“Just a little hole in the wall,” Chaurand Medina said. “And in the back of our restaurant, we had our tortilla machine. We would make our fresh tortillas every day.”

But the fried taco wasn't always on the menu.

“We didn’t start making our friend taco, even though we made it at our homes and everything, 'til a year later when we expanded the restaurant and we got bigger,” Chaurand Medina said. “But I think everybody that does the fried tacos here in Kansas City the way we do, the secret of every taco is going to be the taste of the meat.”

Ralat wrote about other restaurants that served the tacos including Spanish Gardens, the restaurant that is now turned into a food manufacturing company founded by Luis Silva in the 1950s.

Family restaurants like theirs are counting on that sense of comfort to help them continue what their families built, even after the trials of 2020.

“It’s probably been the most difficult thing that I’ve ever had to navigate through and we’re still not through it yet,” Lopez said.

The sentiment rings true for Chaurand Medina as well.

But they have hope.

“One taco at a time is what I keep telling everybody in these crazy times, but we’re getting through it,” Lopez said.