Protests against racist and discriminatory practices at the Kansas City Veterans Affairs Medical Center continued on Monday. Demonstrators, speaking in support of Black employees and veteran patients, said that until they see some change in leadership, they're not going anywhere. 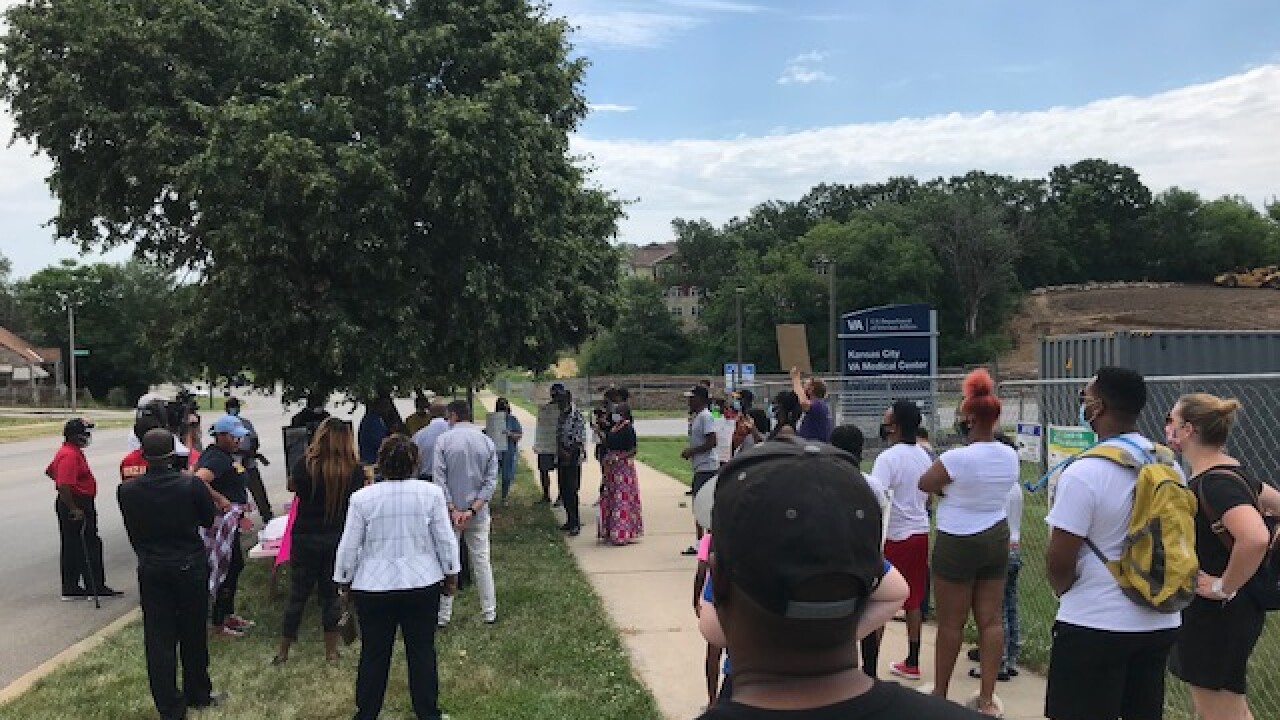 Demonstrators, speaking in support of Black employees and veteran patients, said that until they see some change in leadership, they're not going anywhere.

"The more people show up, the more people that show their concern, the more they're going to hear our voices," Michael Brooks, of the Concerned Clergy Coalition of Kansas City said.

The coalition is one of the civil rights groups joining the effort.

"We've heard the stories," Brooks said. "There's probably about 60 some-odd complaints that have been lodged."

They're calling for KCVA Director David Isaacks to step down.

"You don't even understand the weight of what you've done, so you're not in a position of leadership for a diverse group of people," protester and organizer Charmayne "Charlie" Brown said.

41 Action News spoke to one employee, who did not want to be identified, who said they felt uncomfortable but went along with it out of fear of retaliation.

The VA held the event on Friday after the report aired Thursday. Protesters condemned the Living Museum.

"If you're really trying to convey to the public your diversity and how in-tune you are, why in the hell would you want to have us reenact slavery?" Brown said.

The VA's spokesperson said the KCVA held a Juneteenth event where people could bring items celebrating African-American culture, like food and personal stories, but no one was asked to dress up.

The VA also said that "KCVA is proud of its diverse and inclusive culture, and the facility does not tolerate discrimination or harassment of any kind."

KCVA encourages employees who feel they are encountering discrimination or harassment to contact the facility's Equal Employment Opportunity Manager Ms. Lesley Andrews at (816) 861-4700 extension 56050 or the Employee Threat Assessment Team. They may also contact the VA's Office of Resolution Management at (888)566-3982."

The protesters plan to be at the VA every week.