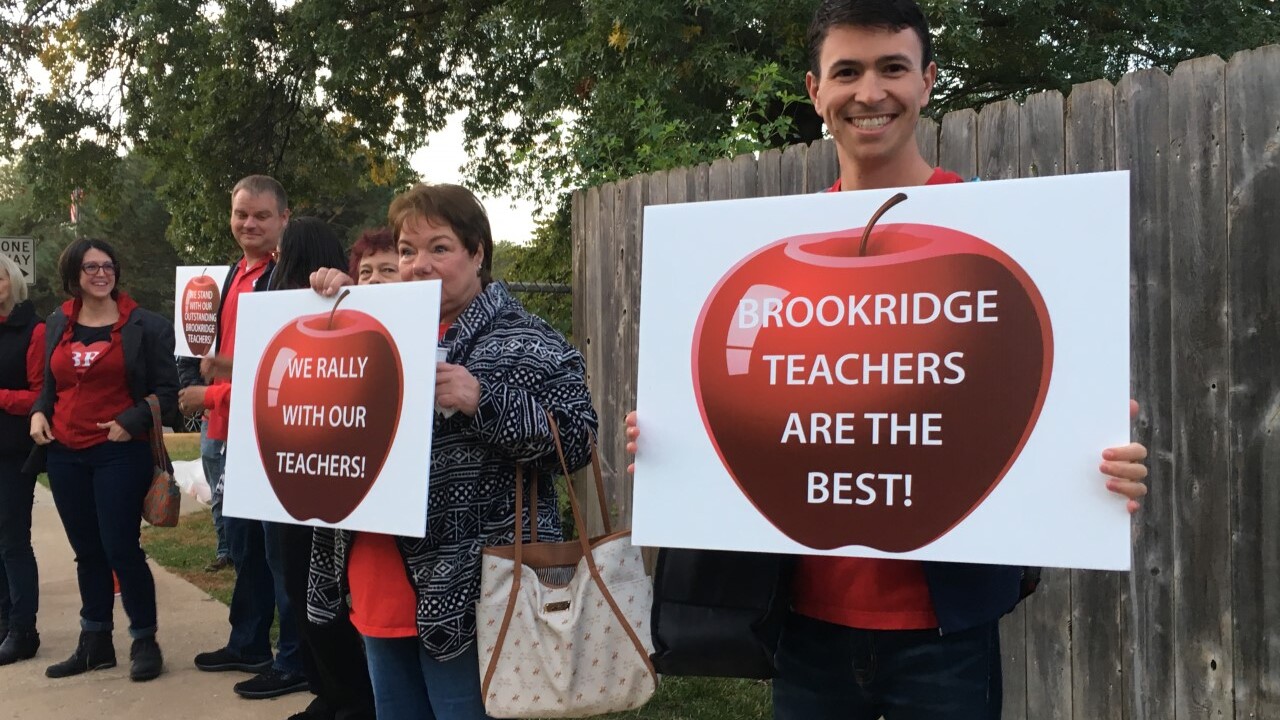 KANSAS CITY, Mo. — Negotiations between teachers and the Shawnee Mission School District on a new contract were forced into disarray again Friday.

After the SMSD Board of Education voted in late January to impose a three-year contract unilaterally through the 2021-2022 school year, attorneys representing the teachers union filed a complaint with the Kansas Department of Labor’s office.

The complaint alleged the board’s three-year offer violated provisions requiring the imposed contract be on a year-to-year basis.

On Friday, the Secretary of Labor’s office ruled in favor of the teacher’s union’s position.

Prior to the latest ruling, an SMSD district spokesperson told 41 Action News that “most teachers” had signed the three-year contract offer, but Friday’s ruling voids that contract.

National Education Association-Shawnee Mission President Linda Sieck told 41 Action News that the department ruled the district three-year term was a prohibited practice, because it limited the teachers union's ability to bargain with the district for two additional years.

According to a statement from NEA Shawnee Mission, Sieck believes "that today’s ruling presents a real opportunity for teachers, but also for the district to heal and move forward in the best interest of students."

"We’re encouraged by today’s ruling, but it really represents an opportunity for the district to show that it does respect the people who work most closely with our students every day," Sieck said in her union's statement. "In doing so, the district can also demonstrate that it respects our students who learn best when their teachers have the time and tools necessary to teach.”

Sieck believes the district will return to the bargaining table this spring.

"As a result of this ruling, the district must choose a new course of action, and it is the hope of NEA Shawnee Mission that the district would join with us and resume negotiations in order to reach an agreement," NEA Shawnee Mission said in a statement to 41 Action News. "We believe that students, teachers, and our community stakeholders have an opportunity to repair and grow stronger with the district after today’s ruling."

The new contract the SMSD Board of Education imposed on its teachers will remain in effect for the 2019-20 academic year for those teachers who signed it prior to the Department of Labor ruling.

Teachers who had not signed will continue to work under provisions of the existing 2018-19 contract, which is what all teachers were doing before SMSD imposed the three-year contract last month.

"Today the Kansas Department of Labor ruled that years two and three of the unilateral three-year contract were a prohibited practice," SMSD said in a statement to 41 Action News. "While the district disagrees with the decision, we remain committed to working with NEA-SM to resolve the matter of future compensation, benefits, and working conditions. As such, the district has reached out to KNEA to discuss the decision and will work to identify next steps. The district continues to believe it is essential to reach agreement on a contract that is in the best interest of teachers and is fiscally responsible. Click here to read the ruling."

An SMSD teacher submitted her resignation during a board meeting over the district’s inability to reach a deal with the teacher’s union.

A state fact finder, which was brought in to help mediate, sided with the district regarding proposed pay increases and other issues.