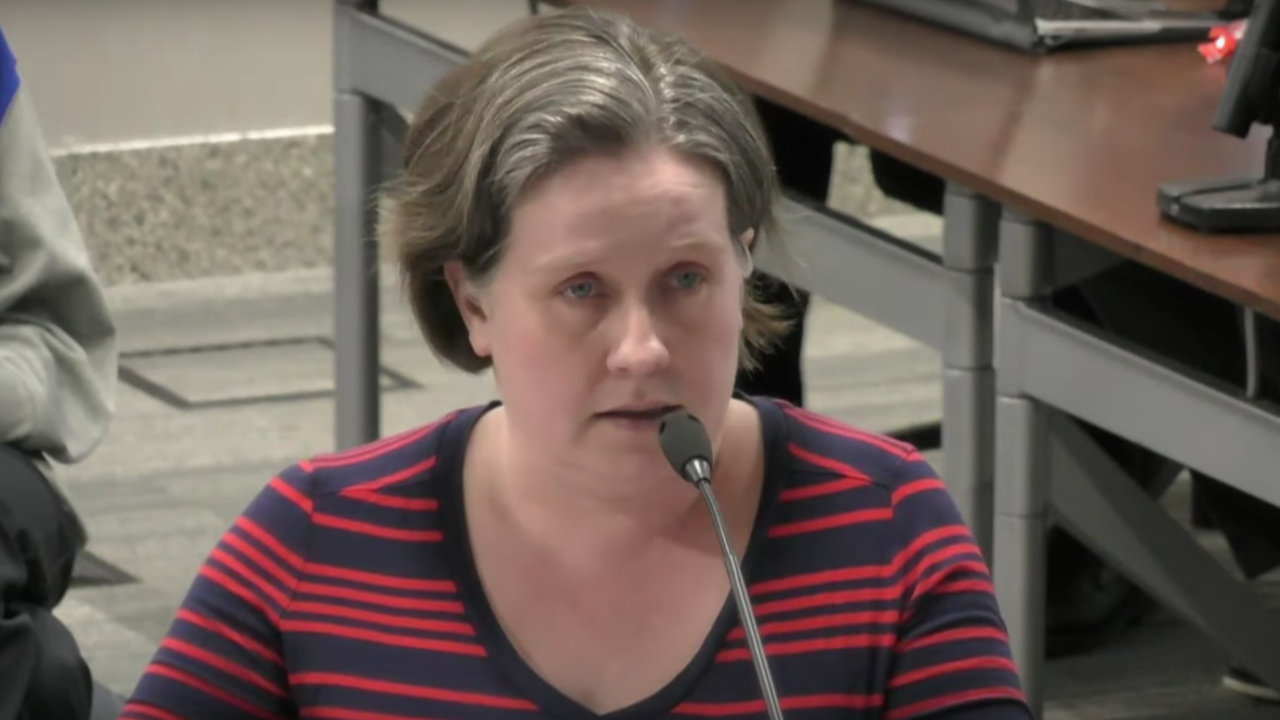 Amanda Coffman stepped up to the podium during the public comment section of the meeting and began by saying that she resigned, effective immediately.

"Teaching is like a bad marriage: You never get your needs met, but you stay in it for the kids," she quoted.

District teachers are unsatisfied with contract decisions made by administrators. The two parties entered into negotiations for months, but failed to reach an agreement.

Most notably, teachers say they are dissatisfied with the salaries being offered by the district, and that it does not compensate for the workload they are being given.

Teachers said that the new contract failed to address teacher concerns, such as work conditions. They had been working under the terms of the expired contract up until that point.

High school students even walked out of class last week to protest the new contract given to their teachers.

Coffman went on to say that the board failed to listen to teachers in the district during contract negotiations, and instead sent their lawyer to deal with the situation.

"Talking to the board or the administrators in this building is like shouting into the wind, and I won't waste my breath," the now former teacher said.

She went on to address her students, whom she said were tuned into the livestream of the meeting, and told them that just because they can doesn't mean they should.

"I could accept this contract, smile and stay silent about the lies this district perpetuates about its teachers," Coffman said. "Just because you can accept less for yourself, doesn't mean you should."

Coffman went on to say that there is an uneven power dynamic between the administrators and teachers, and that disrespect in that dynamic is "bullying."

"Don't worry about me. I'm a highly educated,very talented teacher. They're in high demand right now in other districts," she said to her students. "You are still my favorite humans and I will always be your biggest advocate."

She got choked up as she said she did not know what she would be doing Tuesday morning when the bell for classes to begin would sound.

"There will be no clarifying questions," Coffman said at the end of her time. "I don't answer to you anymore."

The meeting continued on and the resignation was not addressed.

David Smith, the chief communications officer for the school district, said after the new contract was announced that teachers had 15 days to decide whether to accept the new contract, work under last year's contract or resign.

Coffman did not state what school she worked for, but an Amanda Coffman is listed as a SEEK special education teacher at Indian Woods Middle School.

You can watch Coffman's full remarks on the board meeting recording. Her time at the podium begins at the 42:30 mark.