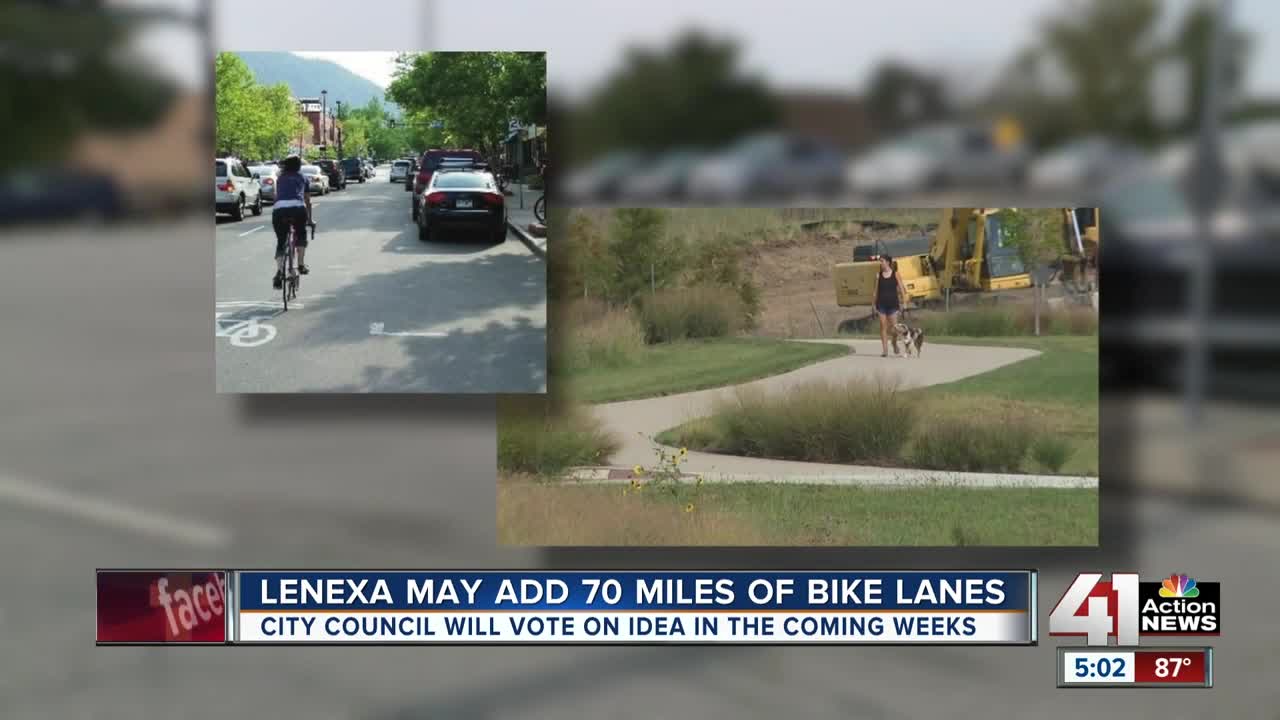 Lenexa officials are crafting a plan to fit the needs of the city's growing population. 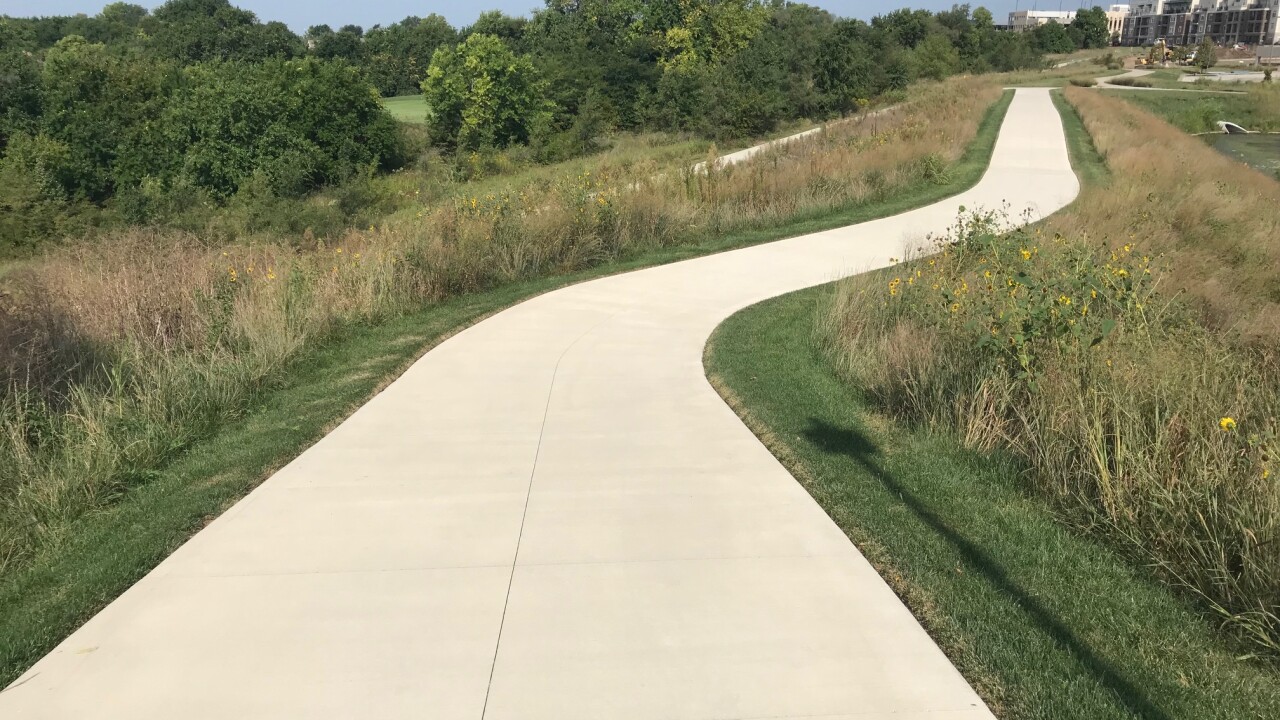 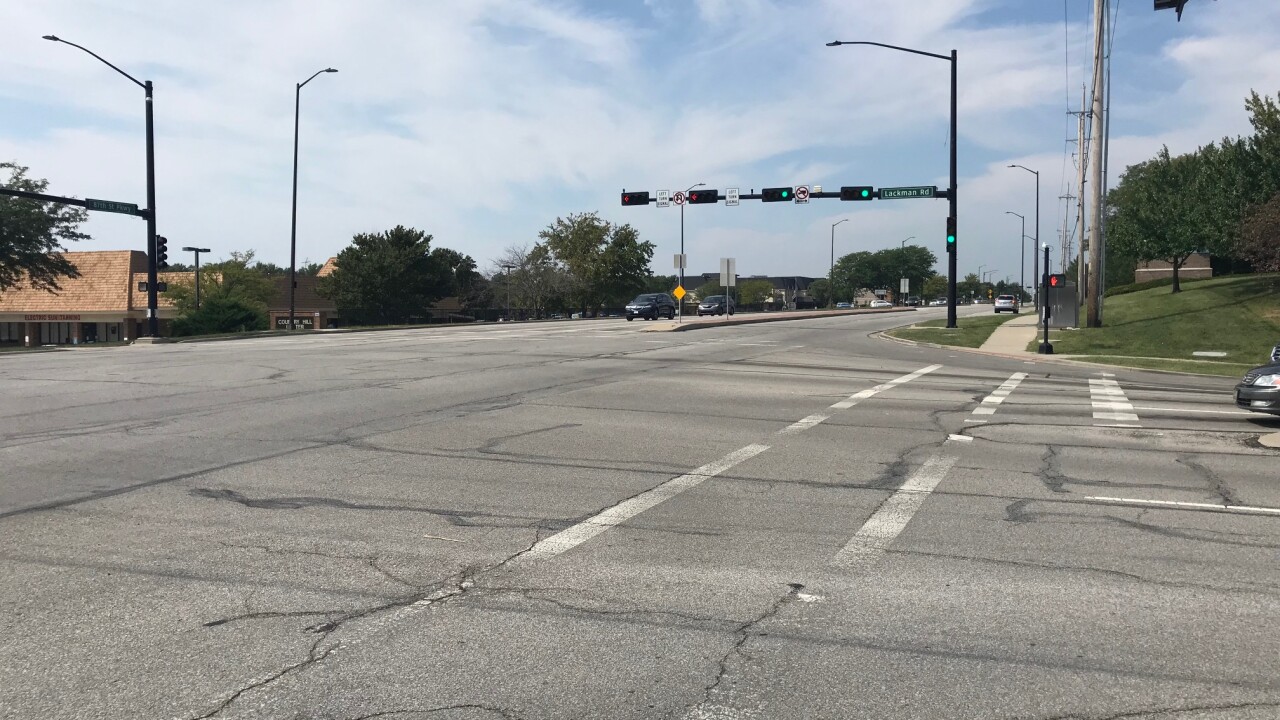 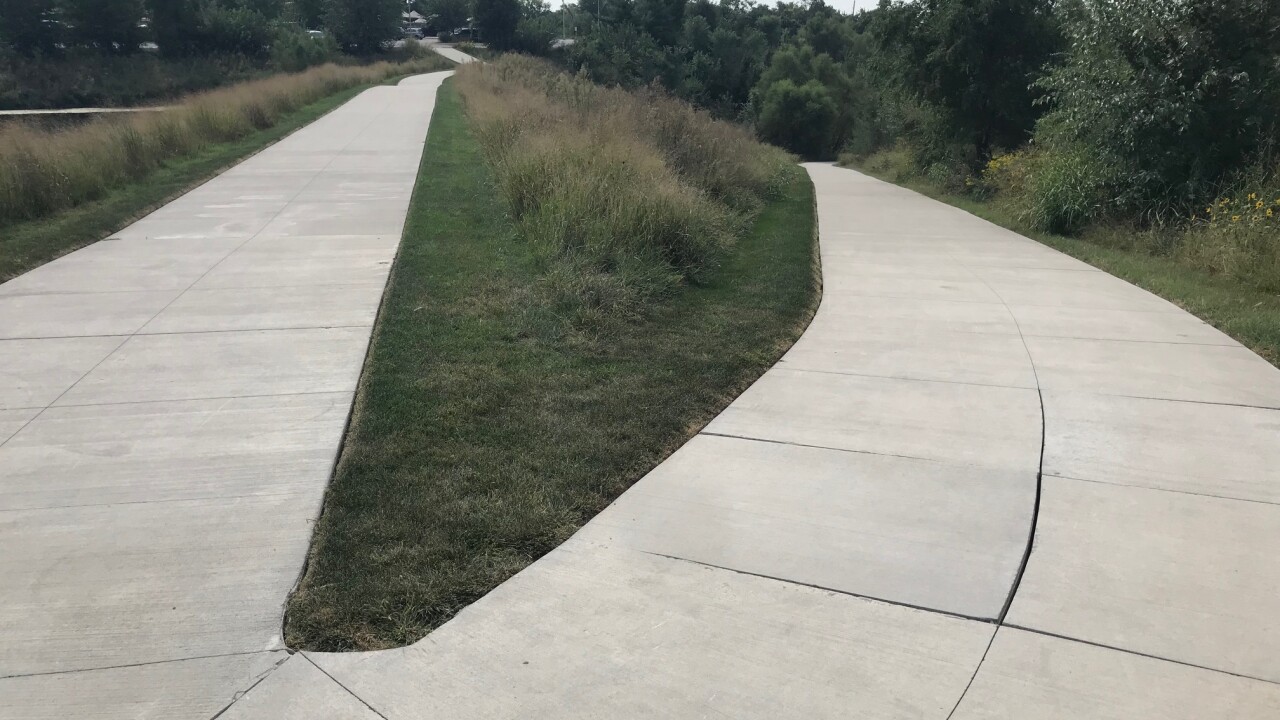 LENEXA, Kan. — Lenexa officials are crafting a plan to fit the needs of the city's growing population.

After a year, the results of its $199,000 Complete Streets study came in and show the city should add about 70 miles of bike lanes and 69 miles of trails.

"We do see a little bit more interest in biking and walking than we have previously,” Schooley explained.

Some of the recommendations in the extensive plan are to add bike and pedestrian lanes along Lenexa streets.

"It’s mainly a guide for us to follow into the future so as we improve our streets and we make changes, we can then follow the plan and be consistent with the overall concept for the entire community,” Schooley said.

The cost of the plan is still to be determined and nothing is set in stone. However, to cut down on whatever the price tag eventually becomes, Schooley wants a "build as they come" approach.

"As we make improvements that we can fit in to the necessary additions and so it’s not as expensive as going through and just building specifically a bike facility or a trail facility we can include it in the projects as they come up," he said.

It’s a plan that sits well with most of the residents 41 Action News spoke with.

“People (are) riding their bikes a lot and traffic does get backed up quite a bit, but they do have right of way and it would be nice if they had a designated lane,” Lenexa resident Aaron Hilgen said.

"What a great way to connect, with walking and biking trails,” Overland Park, and soon to be Lenexa resident Janelle Lutz said.

"Bike lanes is a good idea I think we have enough trails though,” Lenexa resident Marlainna Elmi added.

Schooley said adding more trails would help connect the already existing ones, there's some logistical challenges for some areas in the city to add bike lanes.

"87th Street, for example, there just isn’t the space to change the markings and provide a bike lane there. We got a lot of truck traffic,” he said.

The Lenexa City Council will give input and vote on the plan in coming weeks.