Lenexa homeowners push back on plans to build apartments, more in their backyards 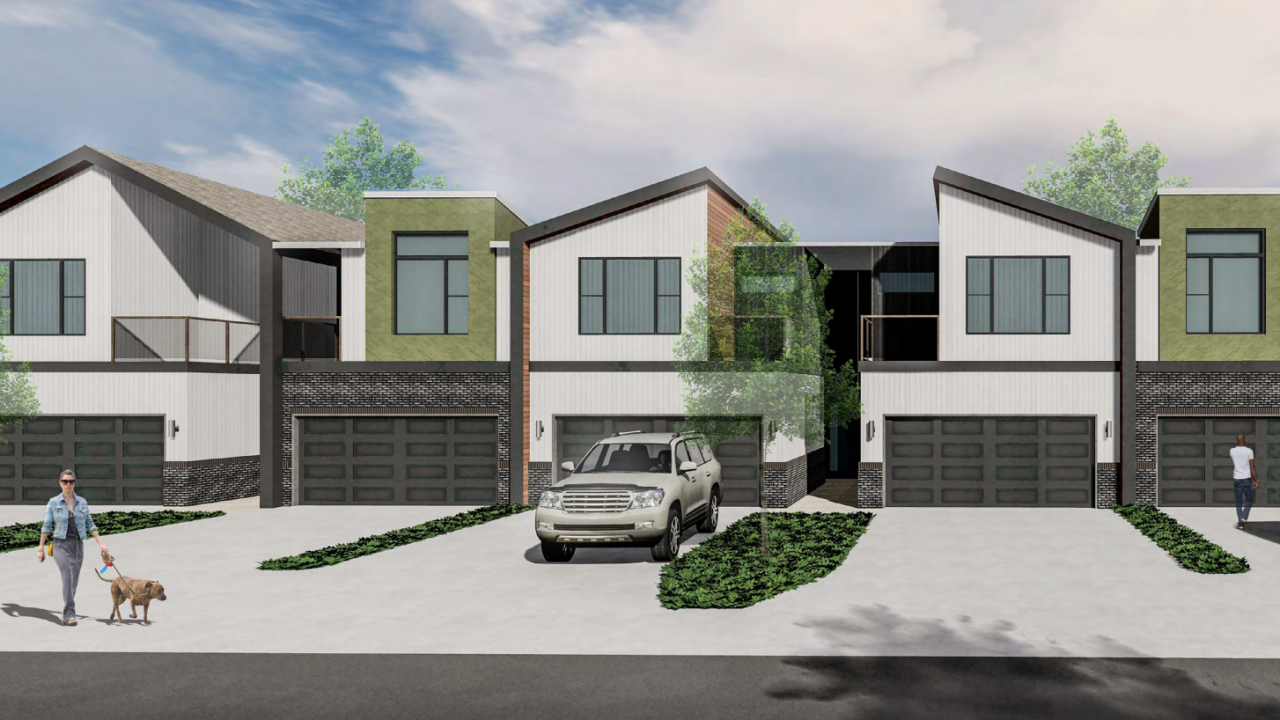 Caitlin Knute/KSHB
Lenexa homeowners are upset with a proposed development. 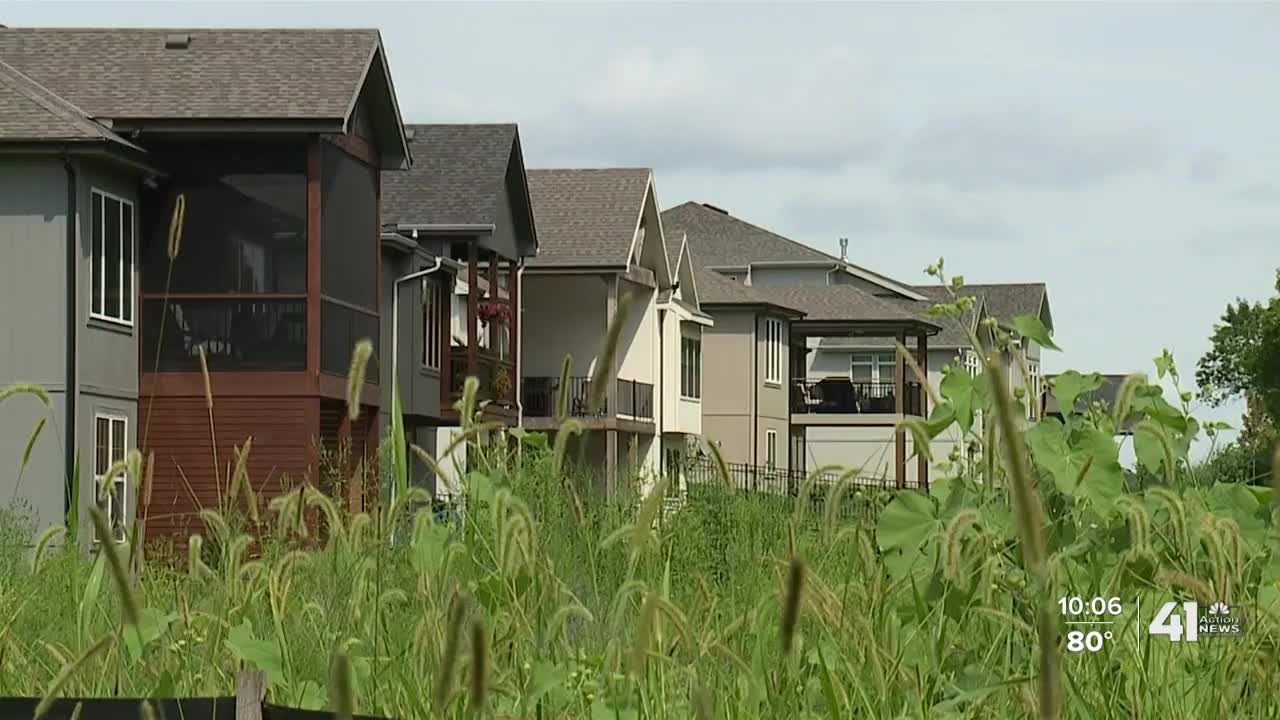 LENEXA, Kan. — The city of Lenexa is considering rezoning land near Kansas 7 to build new townhomes, apartments, an assisted living community and maybe even a couple of hotels.

The problem is, nearby homeowners don't want that development in their backyards.

That includes David and Jackie Brewer, who decided to build their dream home in Lenexa's Watercrest Landing.

"As soon as we got up here and pulled in we thought, wouldn't this be a great place to live?" recalled David Brewer, looking out over the neighborhood they joined this past spring.

Nestled among trees at the top of a hill near Lake Lenexa, it's the perfect place to enjoy long walks with their dog, Zoey. But now they say they're worried the city is taking their neighborhood in the wrong direction.

"So, that hill right there is where the apartments will sit," Brewer shared, pointing through the trees in his backyard.

While the view is partially blocked by trees now, when the leaves fall, he says they'll be staring at one of 14 apartment buildings with approximately 700 units.

That is if the Lenexa City Council approves the rezoning plans already passed by the planning commission.

"I don't see, in my opinion, how that particular development, the apartments, fits in with the overall scheme of the development," Brewer said.

And the Brewers aren't alone. They're among more than 180 people who signed a petition protesting the plans. That includes Robbie and Christina Stubbs, who moved to the neighborhood in December from Florida.

"Every evening, we sit out here," said Robbie Stubbs, as he and Christina sat on their back porch.

It's a secluded spot that backs up to trees and a pond now.

However, if the developer gets the green light, they say their view to the west will be obscured by a four-story apartment building a stone's throw from their screened-in porch.

"For them to be so close, I feel like it's somewhat an invasion of privacy to have so many units, so close to your house," Christina said.

Like the Brewers, the Stubbs said they did their homework before buying.

"We did review the comprehensive plan for the City of Lenexa, so we knew that land was currently zoned as agriculture and that there was a potential for office space, and we were okay with that," Christina explained.

But, now that the city is considering rezoning that land for other purposes, they feel betrayed.

Meanwhile, the City's Community Development Director said it's part of a long-term plan for growth.

"This part of Lenexa has been planned for a very long time to be a real neighborhood of any number of different uses," Community Development Director Scott McCullough explained.

Under the proposal, the rezoning would impact three main areas.

Zone A is the area that would border the Stubbs' property, made up of multi-family apartments and townhomes.

While the apartments seem to be the main sticking point for most of the neighbors, the city said they're necessary to keep up with demand and offer different options to residents in a variety of price points.

"We do know that trends around housing are continuously changing and more and more people are choosing to rent, to be able to be apartment dwellers, and that's good and healthy for any neighborhood," McCullough said.

He added that instead of the more traditional high rise apartments, the city is looking at smaller buildings at a lesser height.

"We work to get some transition between the four to five-story apartments adjacent to K7 Highway and the single-family that exists east of Woodsonia and one of the ways to do that is transition down in scale, mass and height," McCullough said.

But neighbors worry the added units will cause their property values to decrease, lead to more congestion on the roads and contribute to more traffic at Black Hoof Park and Lake Lenexa.

The City said they've done extensive traffic surveys to make sure the available infrastructure can handle the development. They also said more people at the park and the lake isn't necessarily a bad thing.

"From our standpoint, we want a lot of people to visit our parks and our lakes, so that's a good problem to have," McCullough said.

As part of the plan, he said the city will make sure there are sidewalks and trails connected to the parks, so people can walk or bike there and won't overwhelm the available parking.

But, they are reassurances that are failing to ease neighbors' concerns.

"We, I don't think, feel like we've been given proper representation or a voice in this process," Brewer said.

Still, they say they're not giving up.

The City Council will take a final vote on Aug. 18. Neighbors said they're planning to attend, hoping their combined voices will preserve the peace and quiet of their neighborhood.

McCullough said any time someone moves into an area with undeveloped property surrounding it, they should check to see how that land is zoned.

While he noted that many residents did that in this case, he reiterated that there's no guarantee open space will stay that way, as a developer can always come back and ask the community to make changes to the zoning.

"The vision for Watercrest Landing is to create a 200-acre master planned community with a dynamic residential mix of life-style and housing types, nestled within a gently rolling landscape, including family-inviting amenities, miles of walking trails and preservation of trees and large open areas for all residents to enjoy near beautiful Lake Lenexa. The proposed Copper Creek apartments, senior housing, and planned commercial areas have been located along the periphery of the development to act as buffers to the existing and future Watercrest Landing residents and provide transition to K-7 Highway and overhead power lines. As part of the plan, Woodsonia Road would be built to connect 83rd St. south to Prairie Star Pkwy as a key north-south alternative route to Monticello Road. We look forward to working with all parties to create a truly unique living environment for our residents in Lenexa."