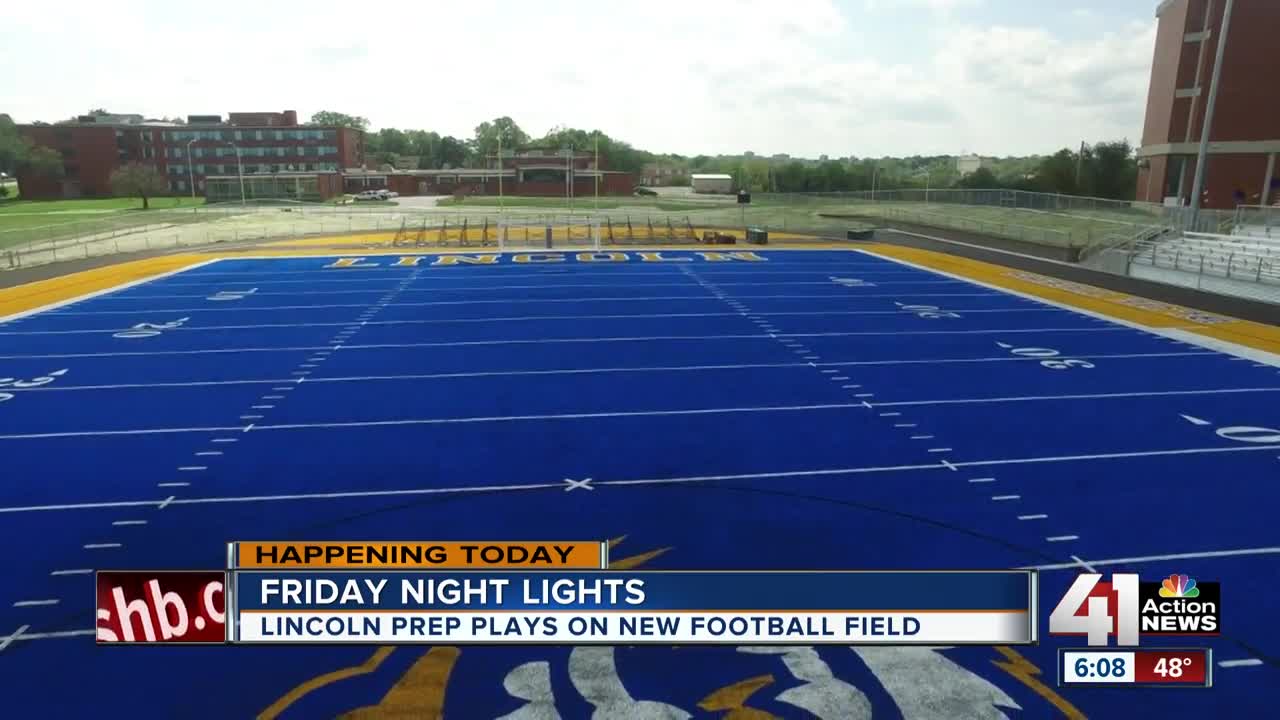 The school finally has its own football field and track. Not only is the facility new and modern, it's a spectacular hue of Lincoln Prep blue. 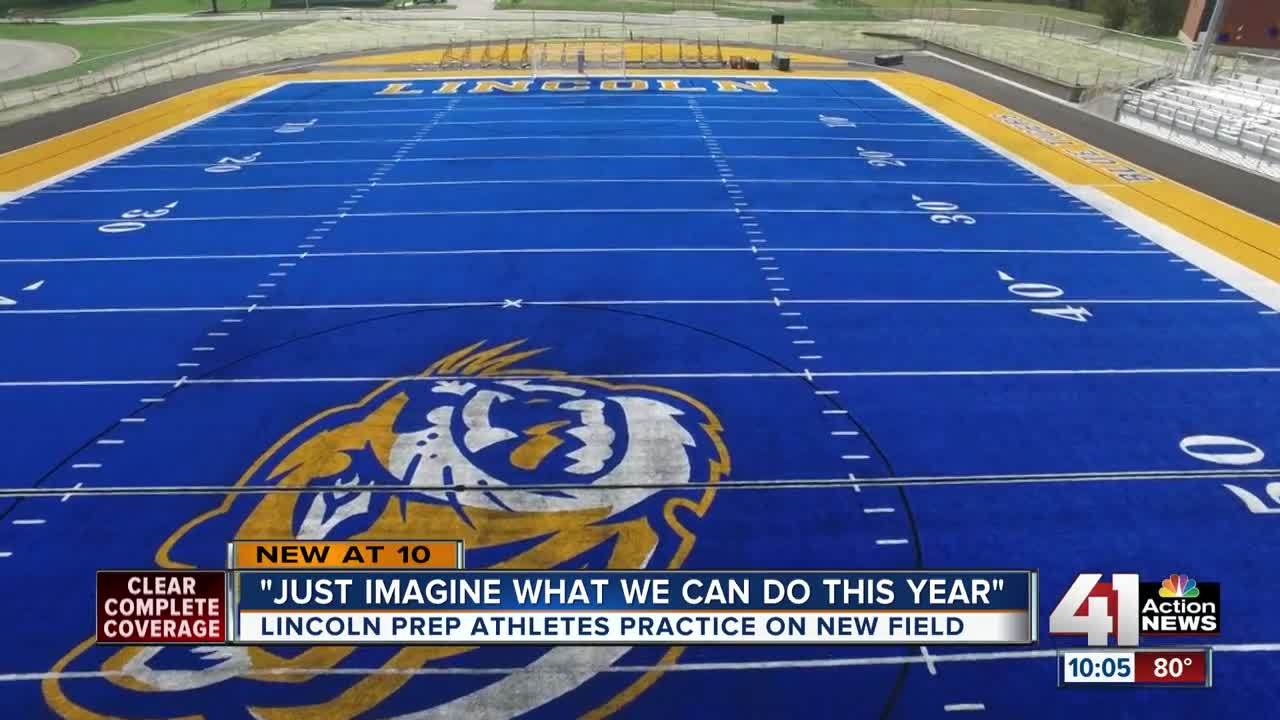 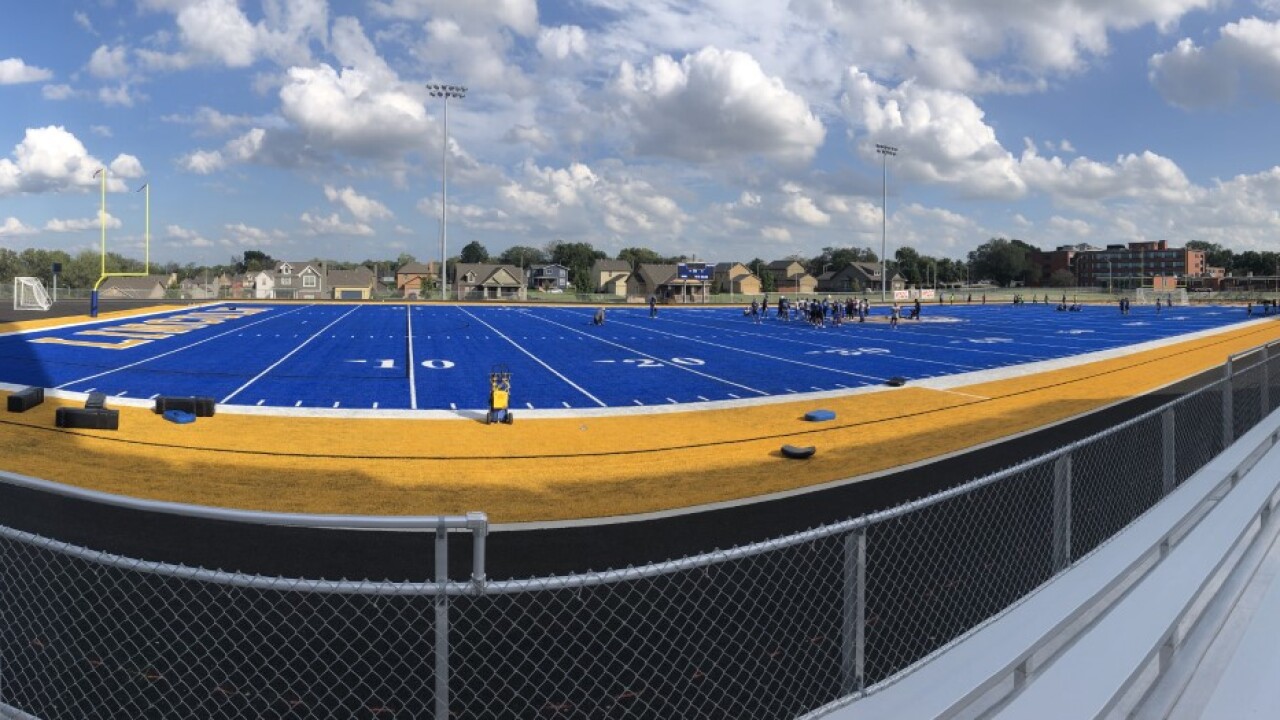 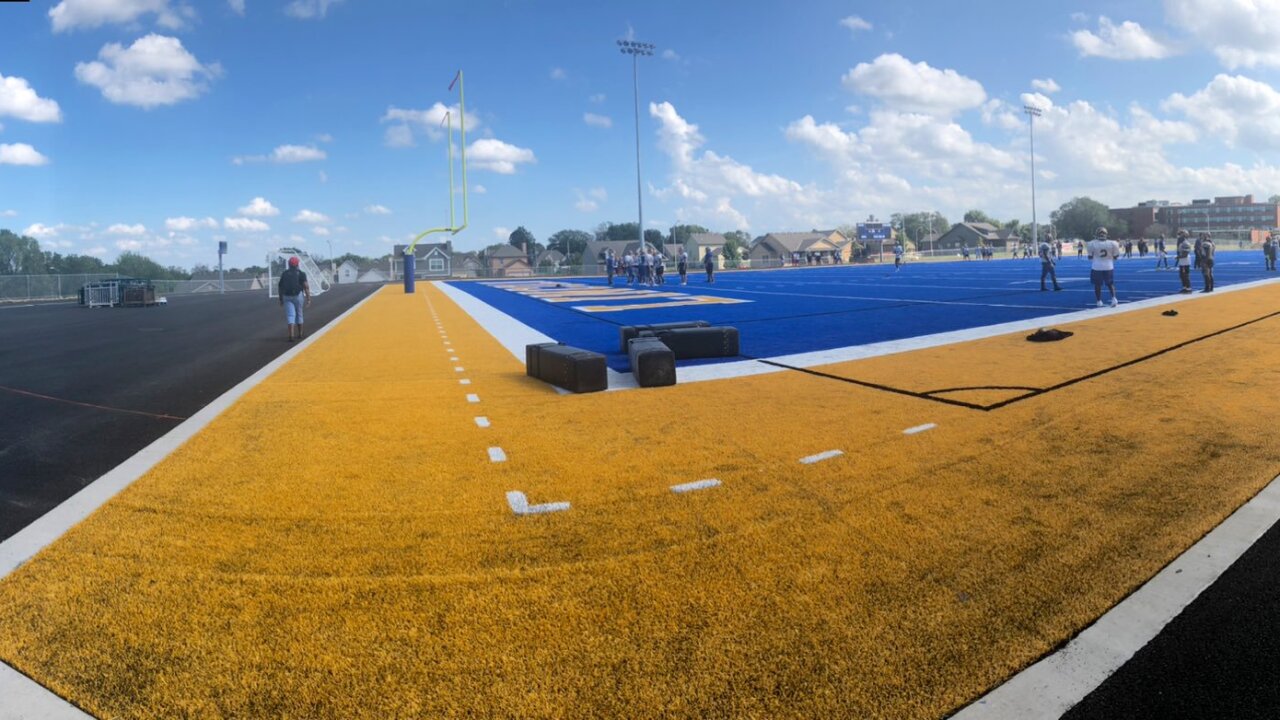 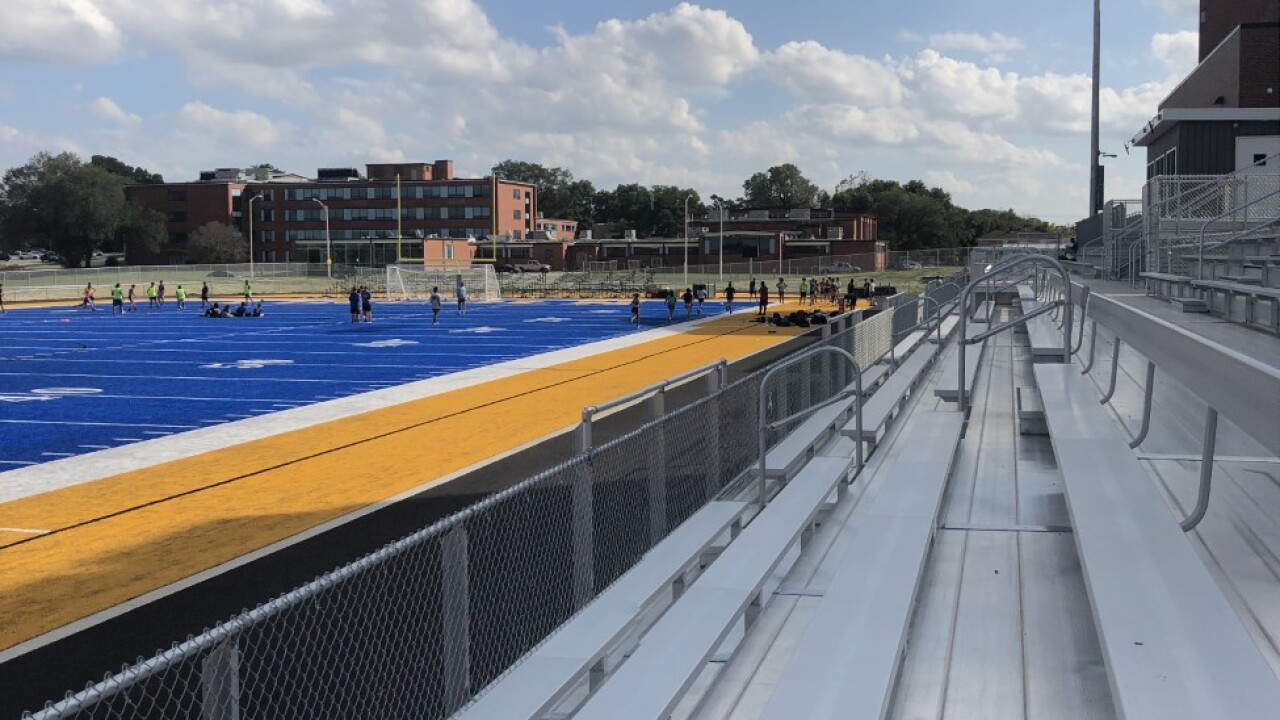 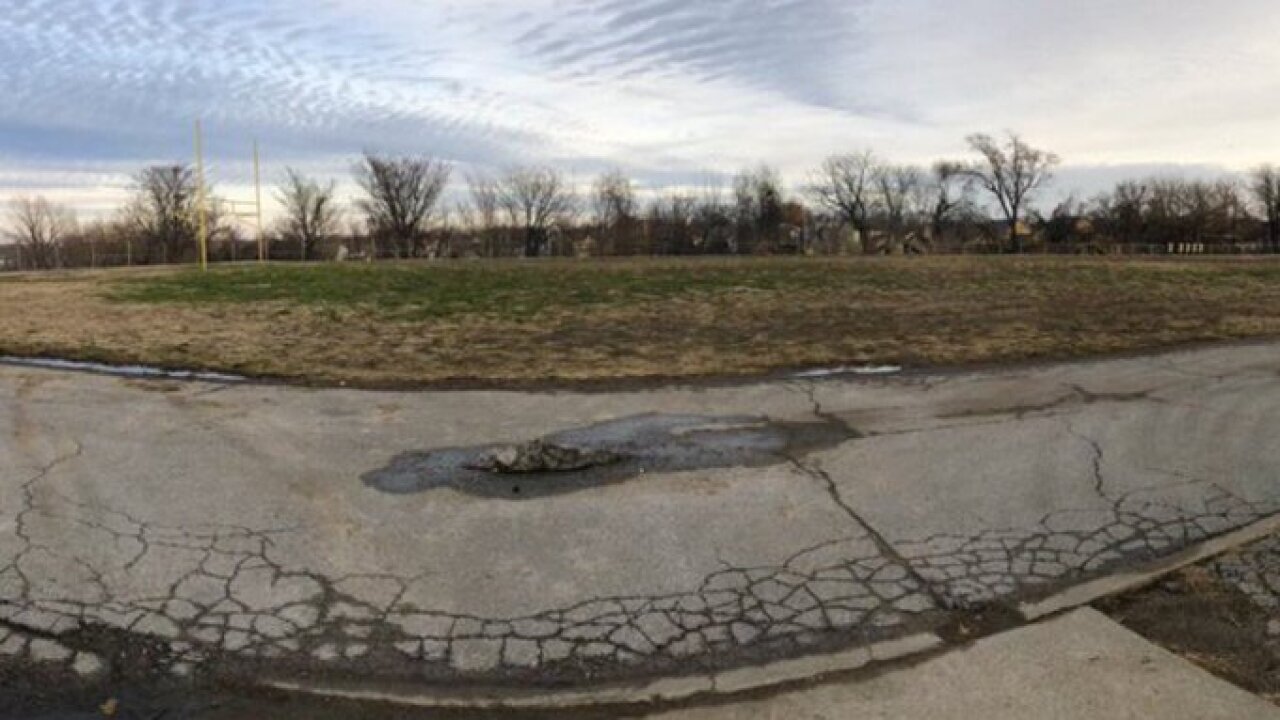 KANSAS CITY, Mo. — Football practice Tuesday at Lincoln College Preparatory Academy marked a new beginning for the program. One that many players, parents and alumni have been waiting for for several years.

The school finally has its own football field and track. Not only is the facility new and modern, it's a spectacular hue of Lincoln Prep blue.

"We wanted to be original," Lincoln Prep's Athletic Director Ryan Glasgow said. "We wanted it to be something special for these guys and for the community and tying the alumni with that."

Before this school year, when the team would play a home game, the Tigers would have to board a bus and drive to another school to use its field.

"Last year, we had home-field advantage, but we didn't have a home to call home," senior K.J. Farmer said.

But that isn't the only issued players previously told 41 Action News about regarding the old field at the school. That field's grass was worn out, the bleachers were broken and the scoreboard was decades old.

Lincoln Prep also was the only high school with a football team in the Kansas City Public Schools district which could not host games at the school.

An additional donation from the NFL also helped cover costs for the estimated $3.5 million project.

"Having their own home field I think will boost their confidence quite a bit and enhance what they do daily," Glasgow said.

Lincoln Prep's first home game will be 7 p.m. on Friday. Tickets are required to attend and will be available for purchase Wednesday and Thursday at the school's office.