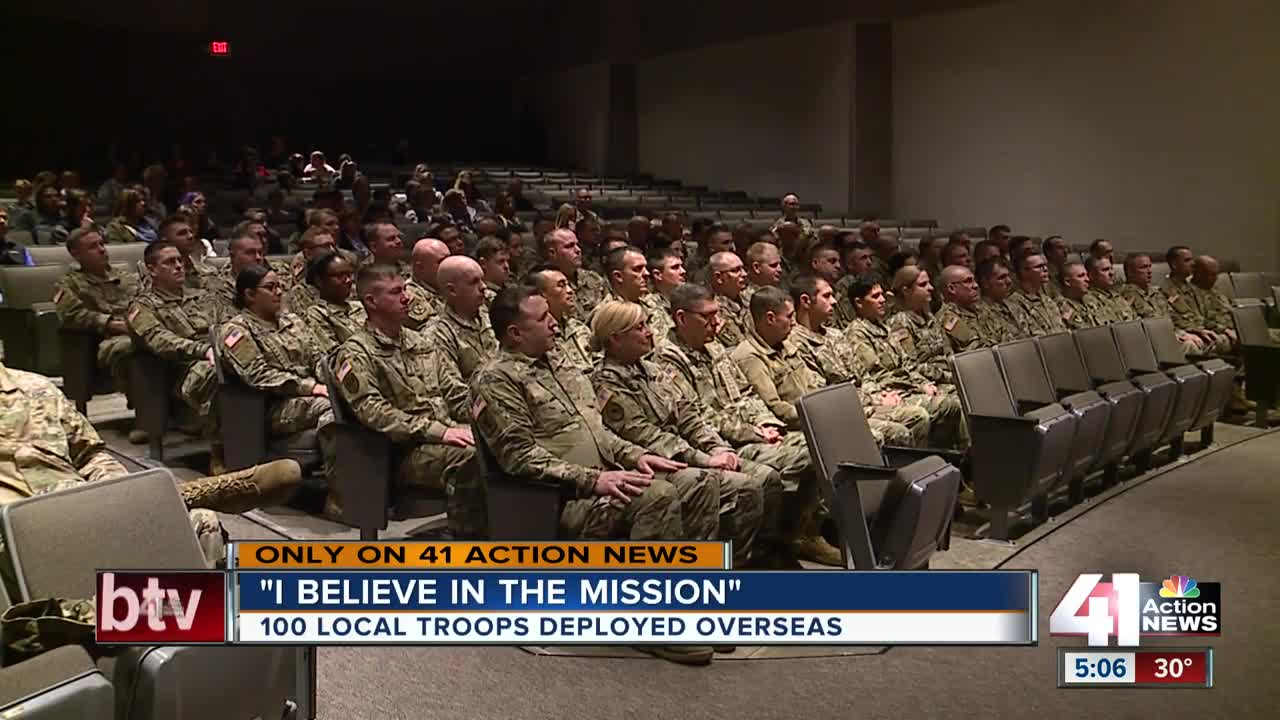 As tensions rise in the Middle East, around 100 Army Reserve soldiers from the Special Troops Battalion, 89th Sustainment Brigade, prepare to deploy. 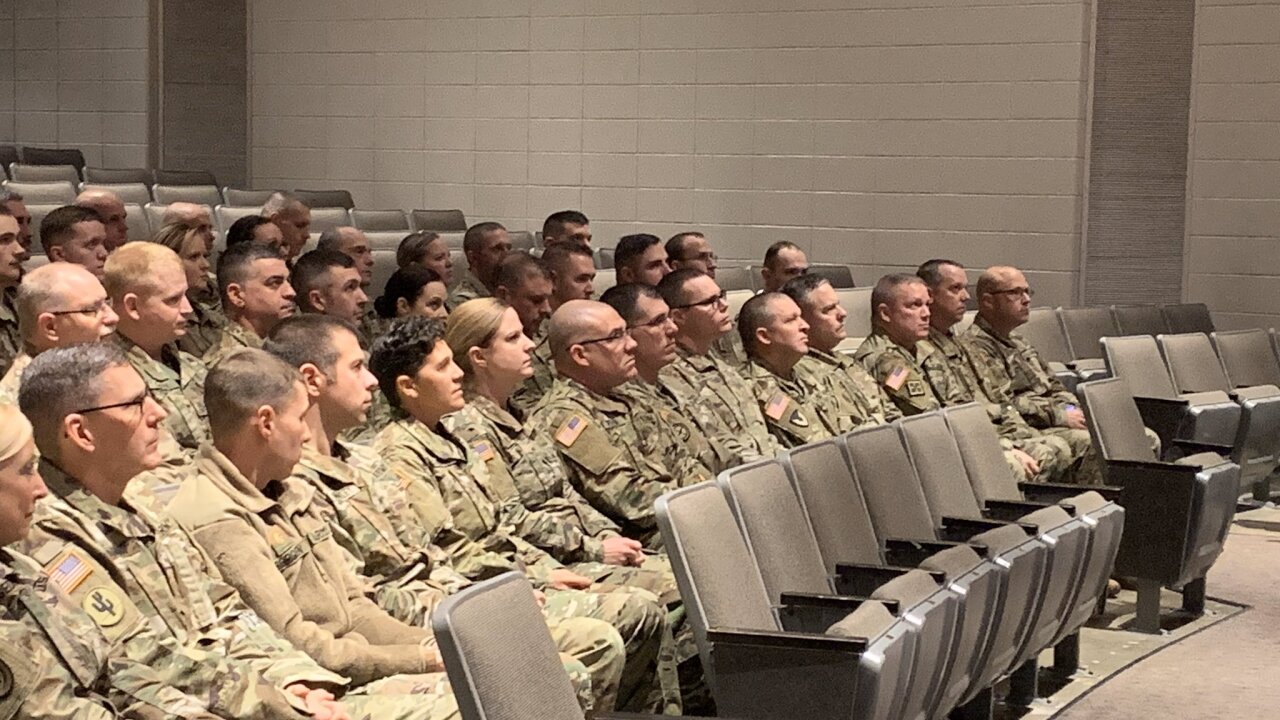 A farewell ceremony was held Sunday at Belton Middle School for the soldiers based out of Kansas City, Missouri. U.S. Army Reserve Staff Sgt. Thomas Cuppettis is making his second deployment to the Middle East, but this time he has two daughters.

"It’s going to be a big change with this one, “Cuppett said, “a lot more contact with the family and make sure the kids are OK, make sure they are doing good in school and everything.”

After the ceremony, his family knew it would be one of the last moments with him until he returns.

"Overwhelmed, and I’m nervous about it,” Tarah Cuppett said.

Happening now: A farewell ceremony in Belton to send off about 100 Army Reserve Soldiers from the Special Troops Battalion, 89th Sustainment Brigade, to a deployment in the Middle East. @41actionnews pic.twitter.com/IdGjKYCSWe

For other soldiers like Army Reserve Cpt. Melissa Lake, of Lawrence, this is their first deployment.

"I’m pretty excited,” Lake said, “and I believe in the mission and I like to do my part and help.”

During the ceremony, soldiers heard about what’s to come, while their families also listened in the back of the auditorium.

The soldiers know they’re heading to a place where there’s a lot of unrest.

"There’s always tension going on,” Thomas Cuppett said. “Hopefully we don’t get too much of it but we just got to go into it, hoping for the best.”

Depending on the mission, the soldiers are being deployed at different times between now and March. The length of the deployments also depends on the mission.