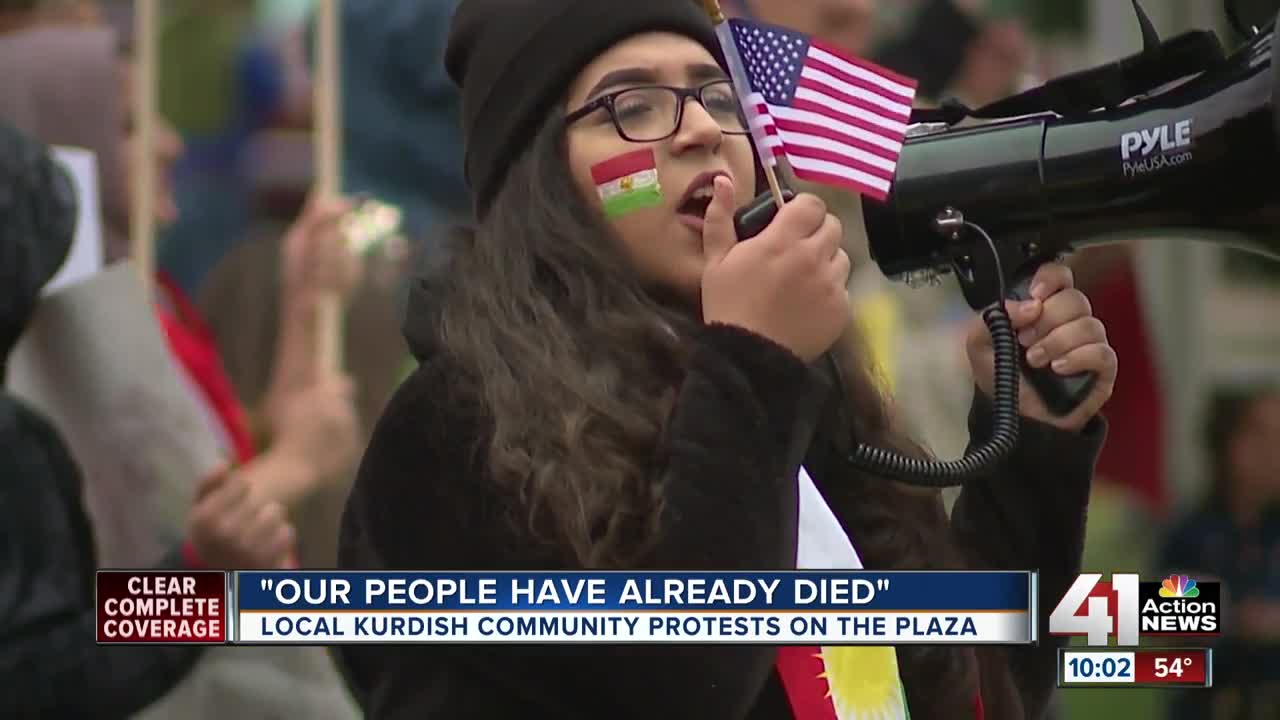 The Kansas City Kurdish community protested U.S. military moves in Syria and Turkey on the Plaza. 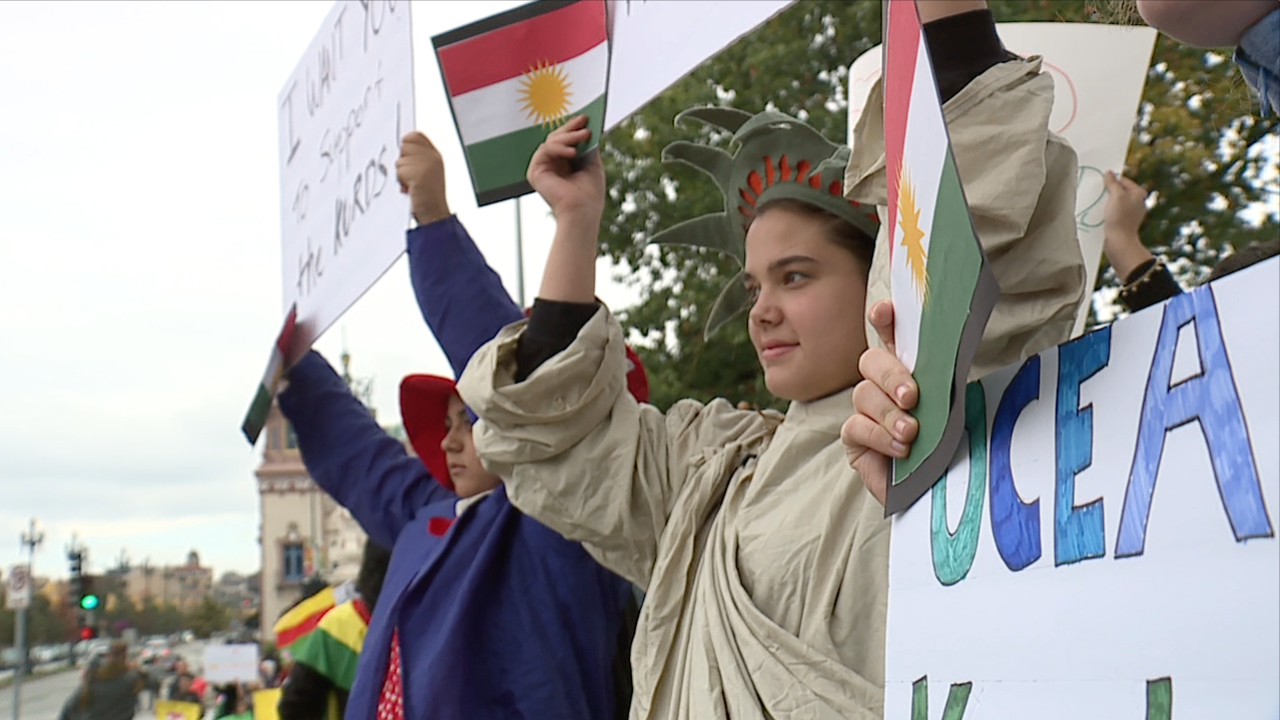 Last week, President Donald Trump announced the United States would withdraw its troops from northeastern Syria. Since then, there's been a shift in power in a country that's endured years of war.

Kurdish protesters told 41 Action News they want protection for their people and they want the deaths of innocent people to stop.

"Our people have already died, they're using chemical poisoning on the children now, so that's not a deal for us. Turkey is funding ISIS while Kurdish people fought ISIS," Hero Oakes, organizer of Kurdish Protest said.

Oakes, along with dozens of others, held signs and raised their voices in hopes of making a difference.

"It might not mean much to a lot of people, but for us it means the world that we have that support here," Oakes said.

Thursday, the U.S. reached a 5-day ceasefire agreement with Turkey to suspend its military operation in Syria to allow Kurdish forces to retreat from a designated safe zone. The agreement comes after concerns over Turkey's military invasion in Syria are growing.

Trump said he campaigned on the fact that he would bring U.S. soldiers home as soon as possible. Trump ordered U.S. forces to withdraw from the country, leaving the Kurdish People's Protection Units, a U.S. ally, without support in the fight against ISIS.

"It came as a surprise, I think, to everyone, but I don't know if it was something that was thought out before or was just kind of in that moment a decision that is now affecting the Kurds of that region," Ali said.

With more than 100 Kurdish families living in Kansas City, many say they are looking for support and change.

"Both my grandmas have died with the bombings with Saddam Hussein, so it's affected everyone here. You've got Syrian families here that have families there that they haven't heard from in a couple of days and they don't know if they're still alive," Oakes said.

Many Kurdish families told 41 Action news they need agreements in place that involve the Kurdish people and ones that protect them.

Saturday was the first protest, but depending on the temporary cease-fire, Ali said they will organize future protests in Kansas City and nationwide.