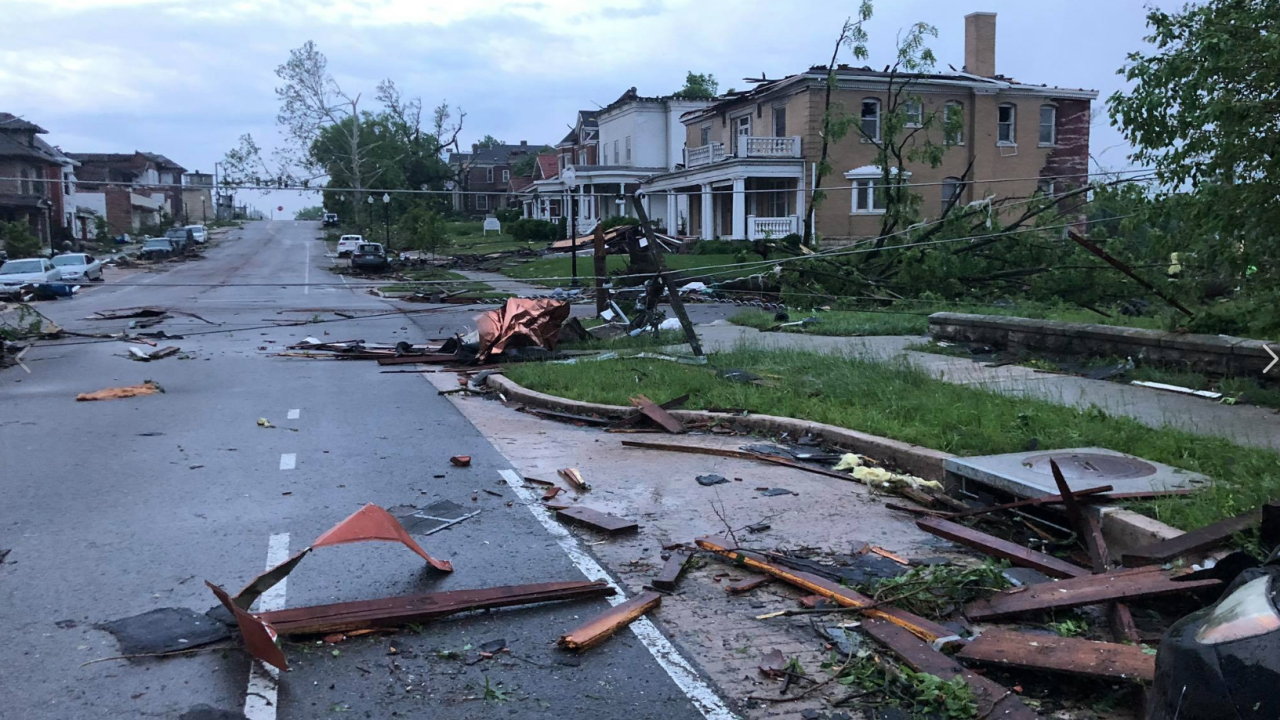 A tornado caused massive damage after tearing through Jefferson City, Missouri on Wednesday night, May 22, 2019. Jefferson City is the state capital. A string of storms swept through the area before the tornado occurred. <i>Photo contributed by Encore Department Store in Jefferson City, MO</i>

JEFFERSON CITY, Mo. (AP) — A man has died from injuries he sustained when a powerful tornado tore through Jefferson City, Missouri.

An obituary posted by Millard Family Chapels said 61-year-old John Howard Freeman died May 26 at Capital Region Medical Center in Jefferson City due to injuries he sustained in the tornado that struck the Jefferson City area shortly before midnight on May 22.

Capital Region Medical Center confirmed Monday that Freeman was brought in as a patient May 23 and later died.

He would be the first reported death from the tornado that carved a 32-mile path through central Missouri.

The obituary said Freeman enjoyed working on cars and stereos and playing with his dog, Daisy, who also was killed as a result of the storm.