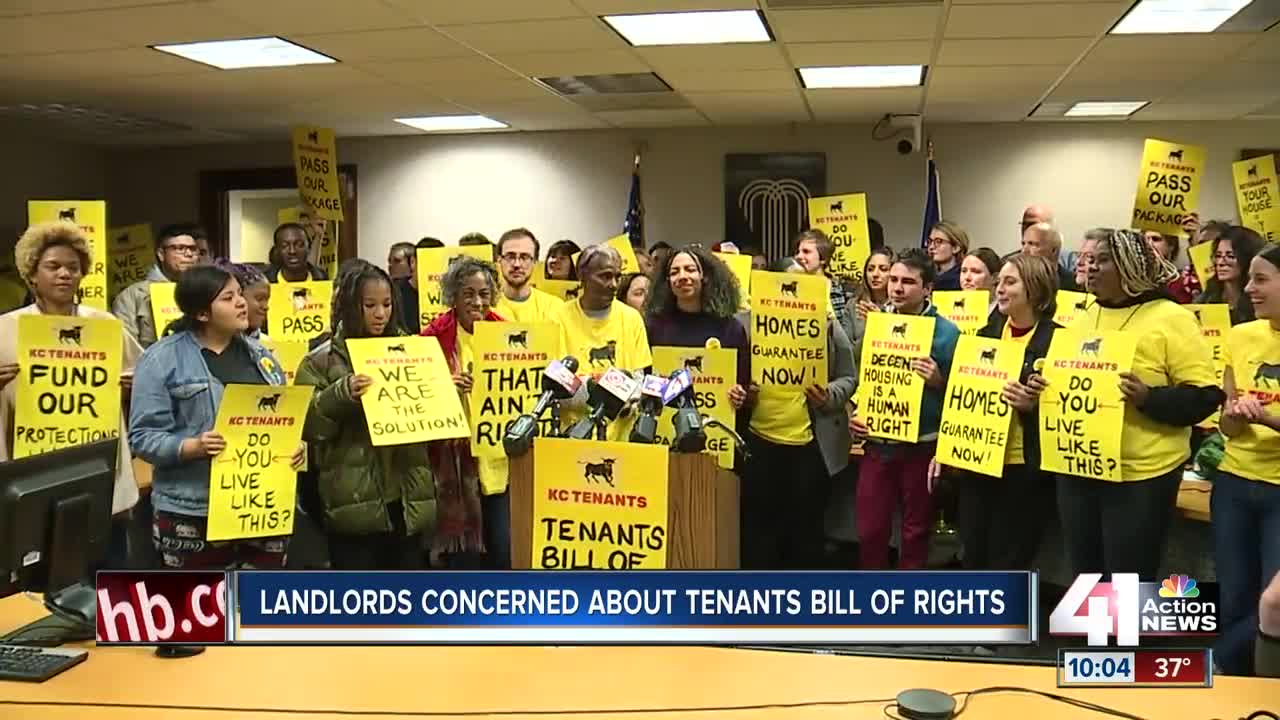 Members of the KC Tenants group were back at City Hall Wednesday continuing to forge ahead on their proposal. 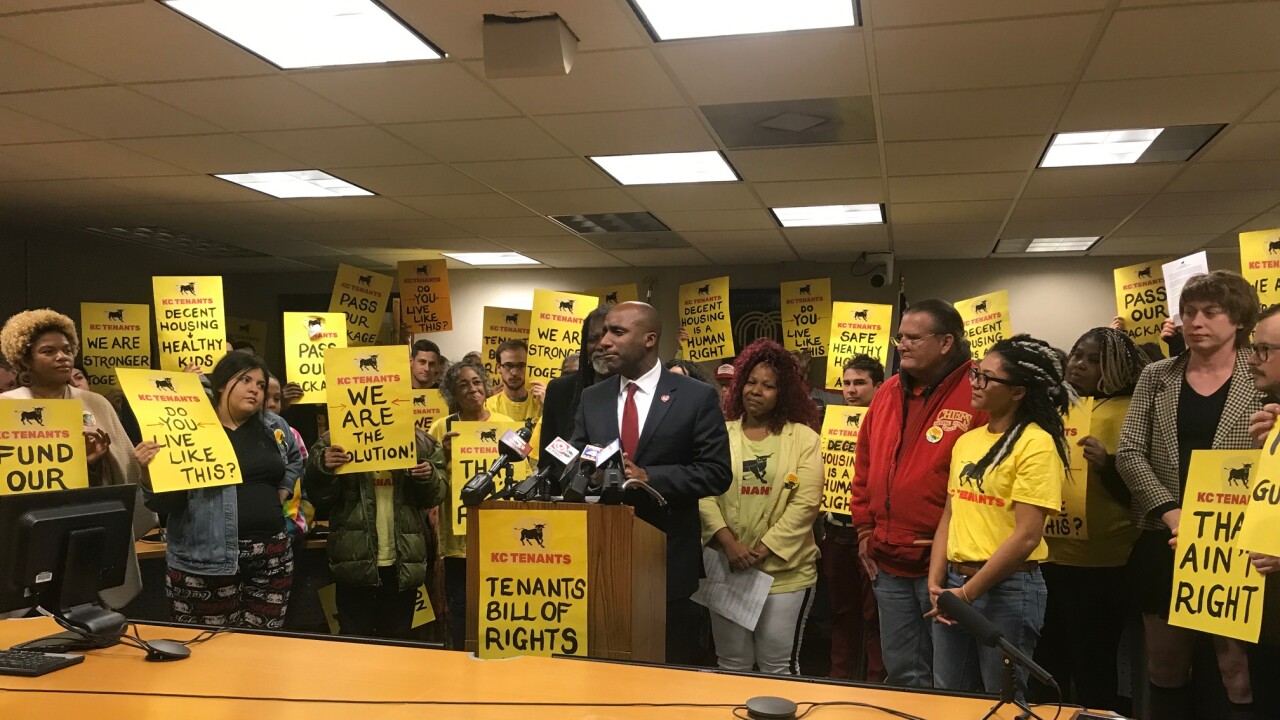 KANSAS CITY, Mo — Members of the KC Tenants group were back at Kansas City, Missouri, City Hall Wednesday to forge ahead on a proposal for a tenants bill of rights.

It follows a discussion last week in the housing committee. At a news conference Wednesday, the group and city leaders, including Mayor Quinton Lucas, explained why there has been a slight delay.

"I said, ‘Let's take more time. Let's make sure the entire community has a chance to opine on it to have a voice on it,’" Lucas said.

The tenants bill of rights would protect those looking to rent within city limits, including making it illegal for landlords to discriminate against tenants based on rental history.

That's what some landlords like Nelson Gordon, who also is a realtor, are having a hard time with.

"I have moms. I have daughters. I have multifamily, where you have a mom and daughter on the downstairs floor and you have a resident directly above them,” Gordon said. “We have duplexes where they're side-to-side, you have a retired individual on one side and you have an individual on the other directly with a wall separating them, and they want to make sure that I'm putting quality people in those units.”

Gordon said he has reached out the Mayor's office and some councilmembers with his concerns.

"All we’re saying is — right, you just don't get to say, ‘I'm banning a whole class of people. I'm just banning folks for things that may be far in their past — may be closer — but nevertheless I'm eliminating them," Lucas said.

Some landlords are just learning about the proposal.

"I heard there's a lot of rumors going around about what's in the bill, what's not in the bill," said Abe Husein, a landlord who attended the news conference.

Lucas said the goal is to create a model and “a template of a number of things that already exist” and are lawful.

“It's saying, 'Here in Kansas City, we're going to make sure that tenants, that landlords and that others can look to this guide," he said.