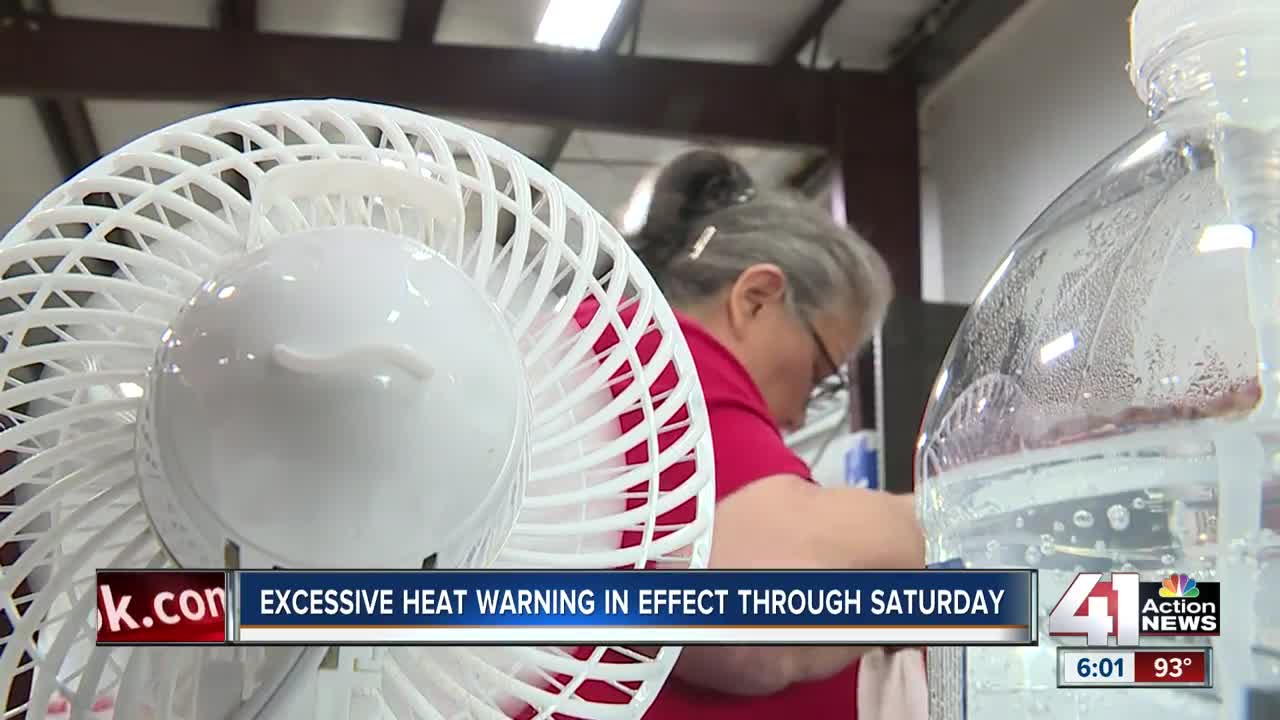 In dangerous heatwave conditions, some people don't know where to turn to stay cool or what to buy to keep them safe. 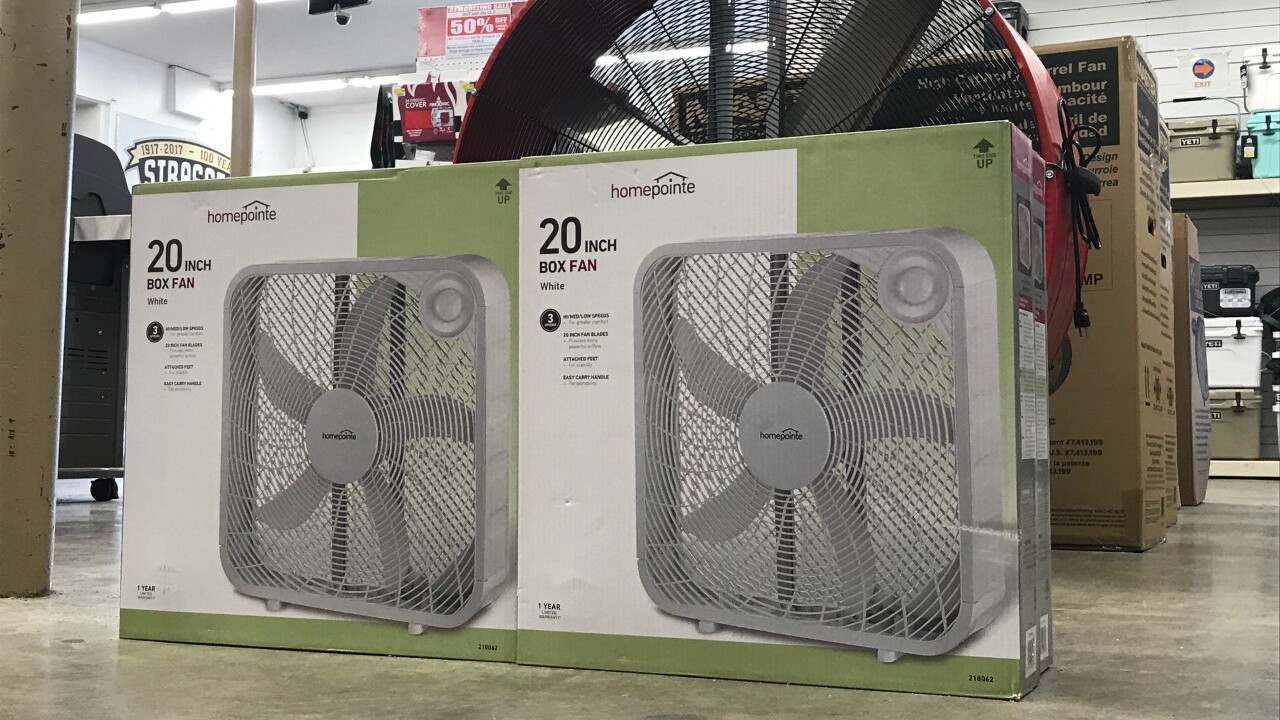 KANSAS CITY, Mo. — In dangerous heatwave conditions, some people don't know where to turn to stay cool or what to buy to keep them safe.

Fans were in high demand at Strasser Hardware in Kansas City, Kansas, on Wednesday.

"A lot of times, when they turn on the A.C., you know, people are waiting farther and farther into the season to turn it on to save money. They turn it on, they find out it's not working, so now they're coming to get it fixed get some fans to get cool," Michael Sheridan, manager at Strasser Hardware said.

But the Kansas City, Missouri, health department warned that fans should not be the only way of cooling down, especially on an extremely humid day.

"It basically operates as a convection oven. So, you're basically more efficiently heating yourself than cooling yourself, because people sweat to get cool and that evaporation from the skin is the way you get a little bit of cooling. It's called wicking away," Bill Snook, a health department spokesperson explained.

Some people, like Mike King, escaped the oppressive heat at one of the many cooling centers around the metro.

"You definitely appreciate a place like this where they have cold drinks, sit inside and watch a little bit of TV," King said.

One of the cooling centers, located in Westport, is operated by the Salvation Army. The location served 193 individuals last summer. By 1:45 p.m. on Wednesday, 20 people had stopped by the center.

"You don't have to be ashamed to come in, we don't ask a lot of questions. We just want to make sure people are safe in that they have a place to go," Major David Harvey, Divisional Commander for the Salvation Army of Kansas and Western Missouri said.

Anytime there's extreme weather conditions, libraries will see an increase in the amount of patrons who stay for a longer period of time.

"We're prepared to handle all the people that we do normally and a little extra. We're happy to be here to be a place that people can come to get out of the heat," April Roy, director of the Plaza Branch of the Kansas City Public Library told 41 Action News.

Metro residents who are looking for other cooling centers and resources can get help by calling the United Way at 211.

RELATED: Here are some resources to stay cool in Kansas City during heat wave