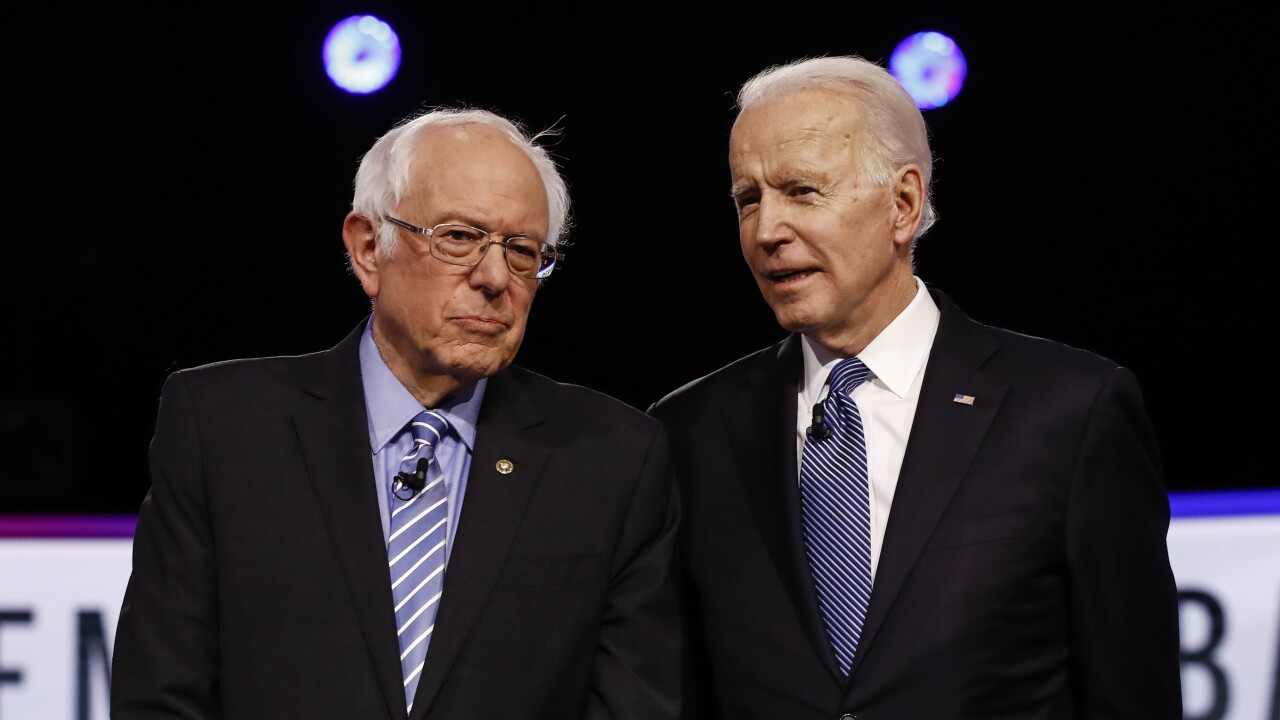 KANSAS CITY, Mo. — The Missouri Democrats have canceled the “Show-Me Showdown,” a candidate forum that had been planned for Sunday at the Kansas City Convention Center.

The field of potential Democratic nominees for President narrowed before Super Tuesday with Tom Steyer, Pete Buttigieg and Amy Klobuchar ending their bids.

As a result, the Missouri Democratic Party deemed the forum to be no longer viable:

"Just days ago, the Democratic field for the Presidential nomination remained large and the race wide-open. Today, as the field has narrowed significantly, with a possibility that it will continue to narrow even further in the coming days, there are now too few candidates to make a candidate showcase event viable. Therefore, we’ve made the decision to cancel Sunday’s Show-Me Showdown. Instead, we will welcome the remaining candidates to Missouri in the days ahead in preparation for the March 10 Primary."

Missouri voters will head to the polls next Tuesday for the state’s Presidential Preference Primary.

“We sincerely apologize for any inconvenience this may cause and look forward to working with you to elect Democrats this year,” the Missouri Democratic Party said on the updated event website.

Biden’s campaign announced Tuesday that he will make an appearance Saturday at the National World War I Museum and Memorial in Kansas City, Missouri.

He also will visit St. Louis on Saturday before heading to Mississippi on Sunday.

Sanders’ campaign has “yet to announce events in (the Kansas City) area,” according to an email from his campaign to 41 Action News.

It’s unclear when, or even if, Sanders plans to come to the Kansas City area before the primary.

The ballot for Democrats includes a long list of candidates who are no longer actively campaigning.

Voters also can choose to cast a ballot for the Republican, Libertarian, Green or Constitution parties, but voters may only vote in one party primary.

Biden also appeared to own a slight edge in Maine, though it’s likely he and Sanders would earn the same number of delegates from the state.

Bloomberg won big in American Samoa, which has six delegates up for grabs.

Sen. Elizabeth Warren of Massachusetts remains in the field, but she failed to finish among the top two vote-getters during an Super Tuesday primary.

Missouri Democrats plan to issue refunds, but due to EventBrite policy it will require those seeking a Show-Me Showdown refund to request a refund online.