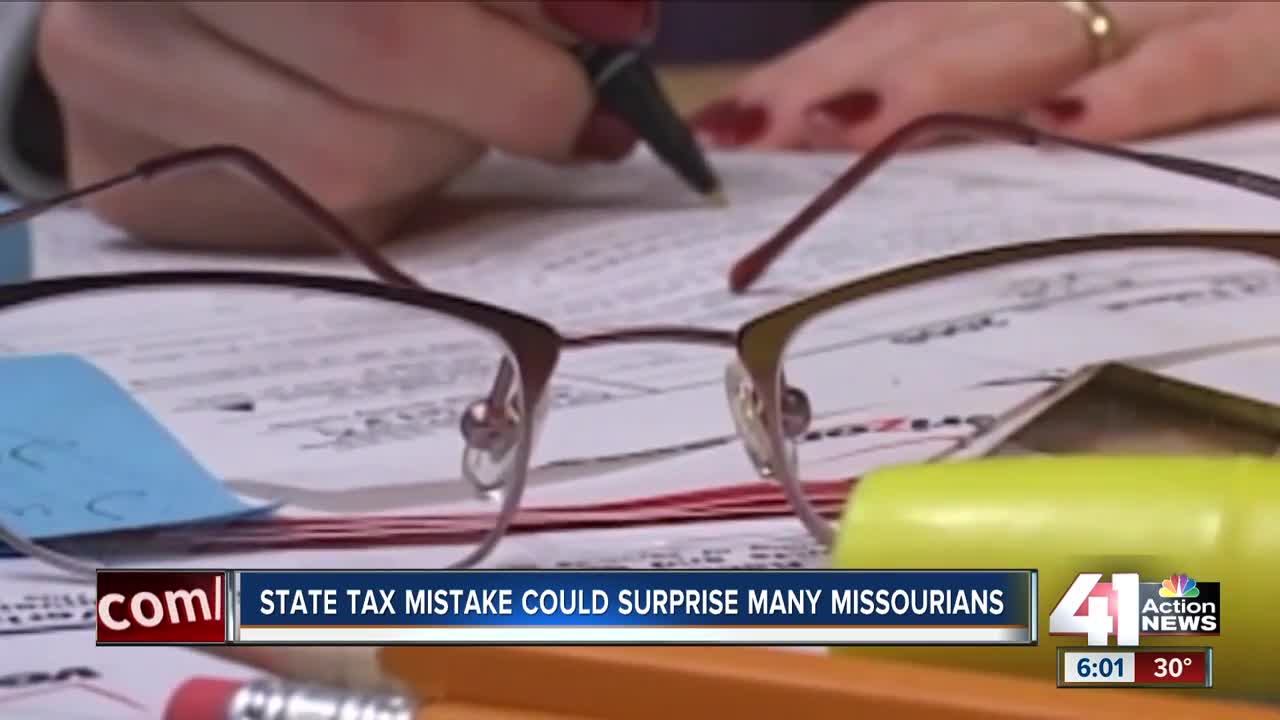 Tax season is upon us, and it's going to be a busy one thanks to changes in the law. KANSAS CITY, Mo. — Tax season is upon us, and it's going to be a busy one thanks to changes in the law.

A miscalculation by the Missouri Department of Revenue might make the process even more confusing for taxpayers, who could see a smaller refund or end up owing money to the state because of inaccurate estimates.

It all has to do with withholding tables. Missouri is one of just a few states where residents can deduct their federal taxes paid from their income.

"Your federal withholding wasn't quite as accurate as it has been in prior years, and so that kind of threw off your Missouri withholding," said Nathan Rigney, lead tax research analyst for H&R Block.

In September, the Department of Revenue admitted the error, saying it was a "longstanding inaccurate calculation of the federal tax deduction that had previously gone undetected."

"Any time changes are made at the federal level, states can expect there will be a need to make some adjustments," Department of Revenue Director Joel Walters said at the time.

It's unknown how many people will be impacted by the change, and answers aren't easy to come by.