Mom who drove into Kansas River admits trying to kill herself, children 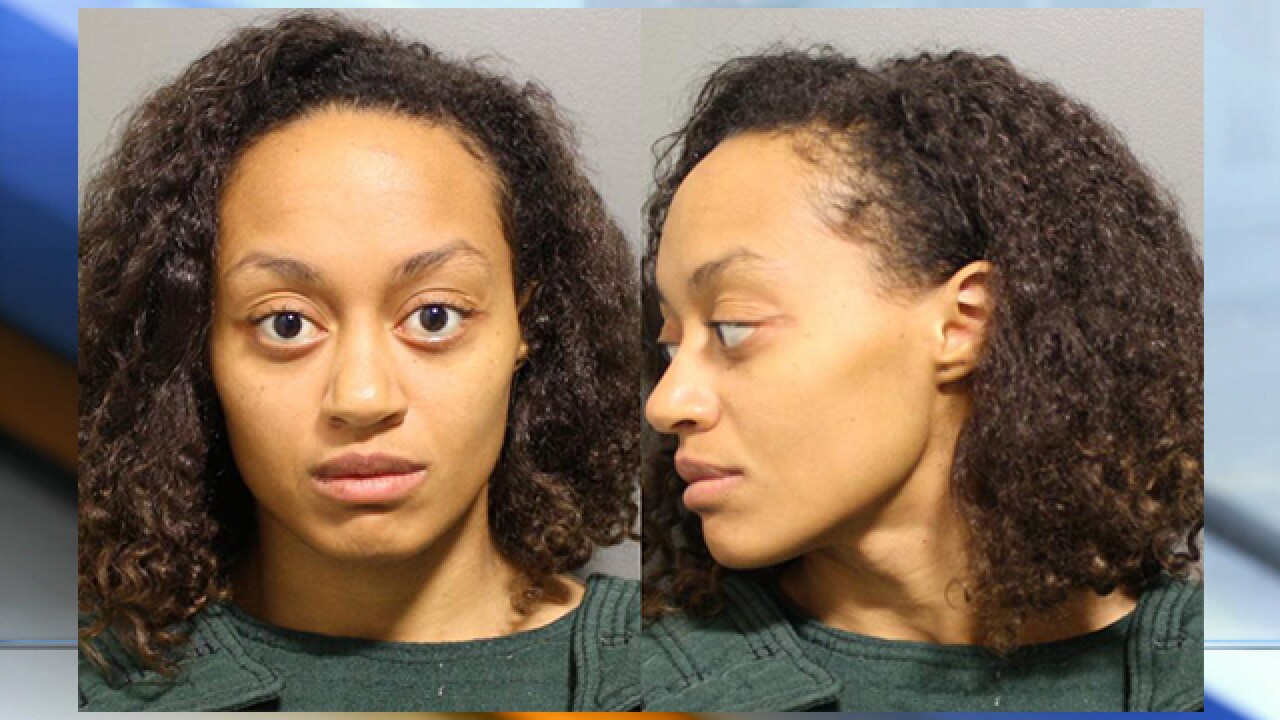 KANSAS CITY, Mo. — One day after driving her car into the Kansas River in a murder-suicide attempt, Scharron R. Dingledine confessed to killing her 5-year-old daughter, Amiyah Bradley, and seriously injuring her 1-year-old son during the Aug. 3 incident.

Dingledine, 26, of Columbia, Missouri, confessed to officers with the Lawrence Police Department on Aug. 4 that she’d intentionally driven her car into the water in an attempt to kill herself.

Her next court appearance is scheduled for Aug. 28 to allow time for a mental competency hearing.

According to an affidavit from Lawrence police, Dingledine said she’d been involved in several verbal and physical domestic incidents with her boyfriend in the days preceding her suicide attempt.

She also tried to kill her children, “because she didn’t want anyone else to have them,” Dingledine told Lawrence police during an interview.

She’d even voluntarily checked into a psychiatric hospital for several hours Aug. 2, according to the affidavit.

After checking out, Dingledine planned to go to a shelter instead and was getting a ride from her boyfriend.

When the couple stopped for drinks, Dingledine took the car with her kids after her boyfriend went into the store. She then drove to Mexico, Missouri, where she stole a Chevrolet Equinox from a residence.

Dingledine drove from there to Kansas City, where she and the children spent the night in the stolen car before driving to Lawrence on the morning of Aug. 3.

According to the affidavit, “Scharron said she drove around the city feeling depressed and worried about the consequences from her actions on Thursday. Scharron said she began thinking about taking her own life.”

Eventually, Dingledine went to the river and parked. Her children played at the water’s edge as Dingledine again contemplated killing herself.

She and the children returned to the car and drove around Lawrence again before she decided to go through with killing herself.

Dingledine considered jumping from the bridge into the river, but ultimately decided to drive the stolen car into the river instead with her two children seated unrestrained in the passenger seat.

Lawrence police were dispatched to the Kansas River near Powerhouse Road around 1:15 p.m. on Aug. 3 for a report of a vehicle in the river.

The first officer on the scene didn’t observe a vehicle but saw debris in the river then noticed movement in the water.

After calling for additional units and removing equipment, the officer swam out to rescue an individual, later identified as Dingledine, approximately 30 yards from shore.

As the officer dragged Dingledine back to shore, she asked several times if anyone else was in the car.
Another officer helped pull Dingledine from the water.

Once on shore, Dingledine repeatedly told officers to “let me die” before she eventually said her baby also had been in the car.

Around that time, another officer who’d arrived the scene emerged from the water with a small child, later identified as Dingledine’s infant son, in his arms.

The child was immediately taken by ambulance to a local hospital, where he was pronounced dead upon arrival. Doctors at the hospital revived the infant, but he was not breathing on his own.

Dingledine, who also was taken to Lawrence Memorial Hospital, later admitted there was a second child in the car, which emergency personnel were unable to locate until 8 a.m. the next morning on Aug. 4.

At the hospital, Dingledine admitted to having her 5-year-old daughter and 1-year-old son in the car, but “shut down” when questioned further.

Several minutes later, when officers resumed questioning Dingledine, she admitted driving into the river intentionally with the intention of killing herself and her children.

The car was located around 7 p.m. on Aug. 3, but the 5-year-old girl was not in the car. Her body was recovered approximately 10 feet where the vehicle had been located.