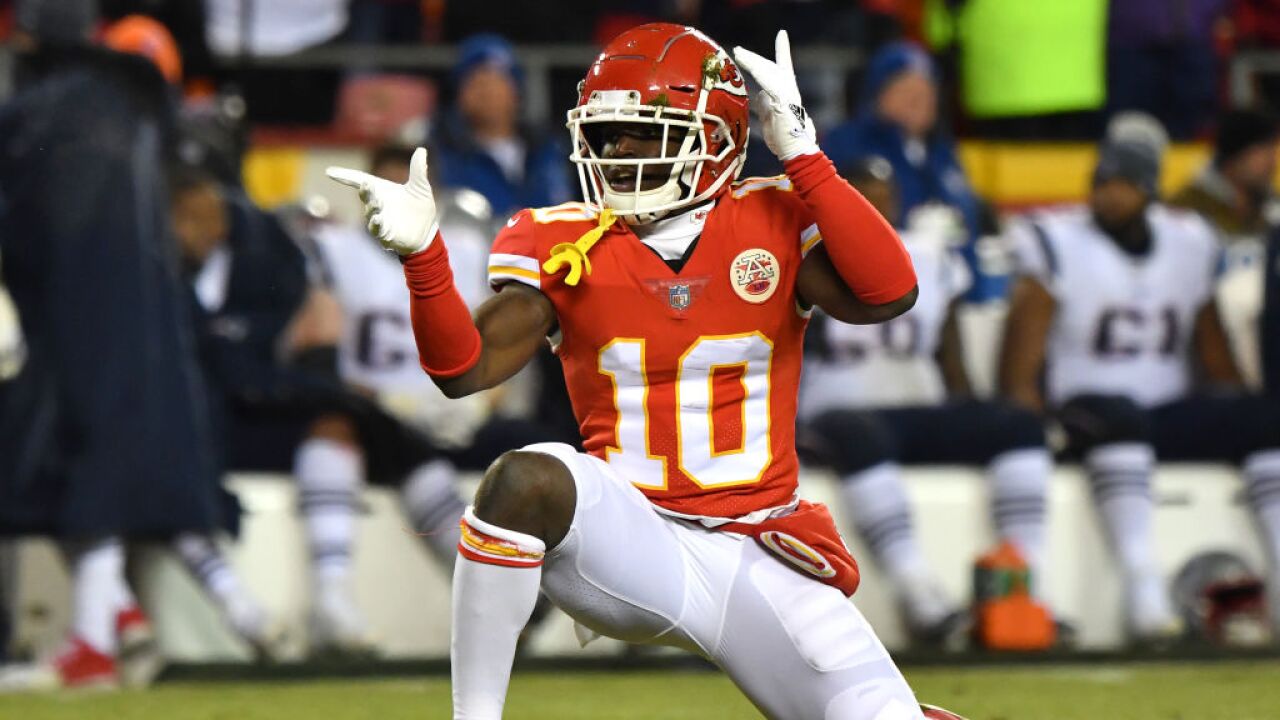 In court documents, Espinal asks for custody of the twins, because she and Hill “are not married, never have been married, and do not intend to be married.”

She requests that the court determine Hill’s paternity and give her “sole legal custody and residency of the minor children,” according to court documents.

It further asks the court to set a schedule for “supervised parenting time” and force Hill to “pay appropriate child support.”

A separate court filing asks for a motion to seal the case “due to the public personas and the notoriety and publicity that has been engendered by the parties’ actions, which resulted in a previous case being sealed for the protection of the parents’ older child.”

Hill and Espinal have been at the center of a months-long controversy that led to his suspension from all Chiefs team activities in late April.

The parents' oldest son suffered a broken arm, which became the subject of a police investigation by Overland Park police.

No criminal charges have been filed, but the Kansas Department of Children and Families also launched an investigation and temporarily placed the child in protective custody.

The Chiefs suspended Hill on the first day of the NFL Draft in late April.

That's when portions of an audio recording Espinal allegedly made while walking through a Dubai airport with Hill, discussing their oldest son's injury and a 2014 incident in Oklahoma for which Hill pleaded guilty to domestic violence.

The full recording wasn't made public until 610 Sports Radio played it Tuesday during "The Drive."