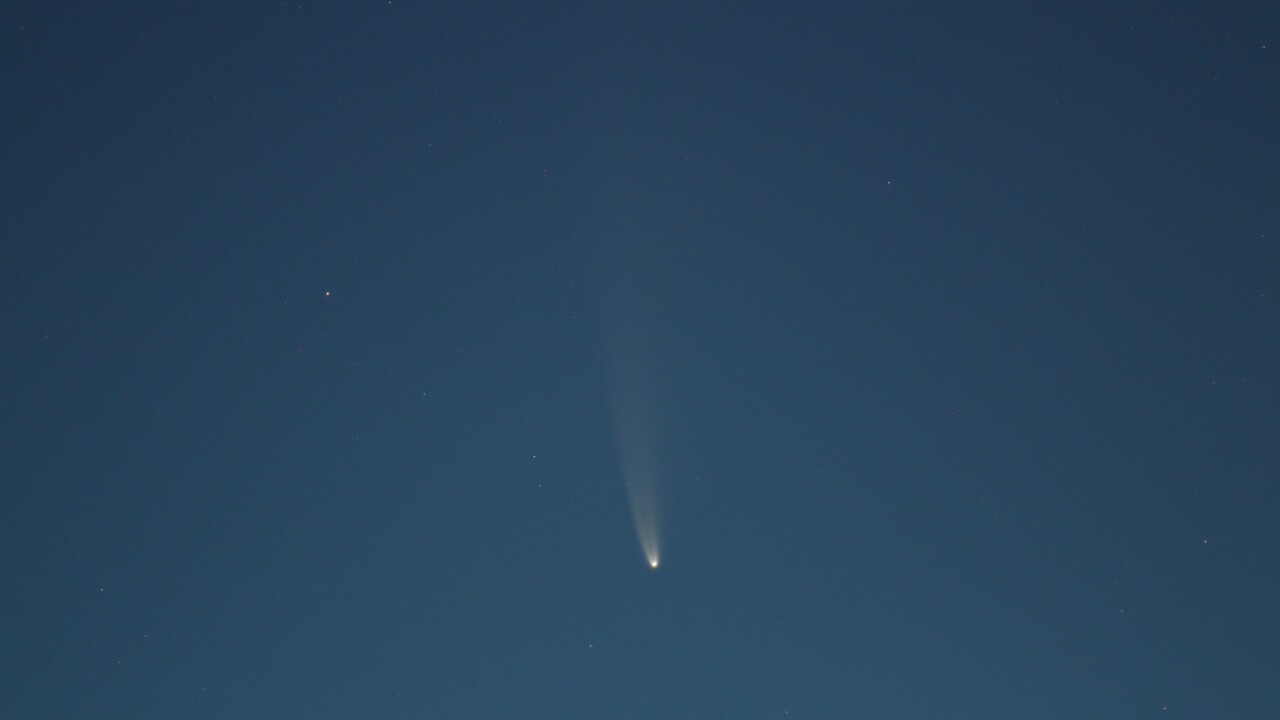 Courtesy Jake Lockey
The NEOWISE comet is passing near Earth and is visible by the naked eye in July of 2020. 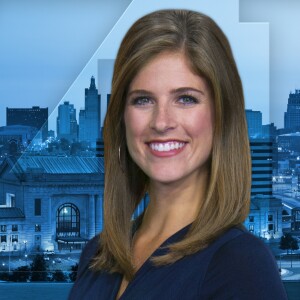 KANSAS CITY, Mo. — Keep an eye to the sky over the next few weeks. A comet, named NEOWISE, will be visible close to the horizon before sunrise through July 11 then in the evenings during the week of July 13.

The comet was just discovered in March of 2020 by a NASA satellite and seemed to survive its closest point to the sun on July 3. Now there will be several opportunities to see the comet in the pre-dawn or evening sky!

NEOWISE, named after the satellite that discovered it (Near-Earth Object Wide-field Infrared Survey Explorer), will appear just as bright as a star and will be visible to the naked eye, especially if you're away from city lights. It's even clearer if you have binoculars or a telescope.

The tail of the comet will fan out away from the sun. It may be on the brightest comets we've seen in years. NASA scientists estimate it to be about three miles wide.

Venus will act as a guiding light when trying to find NEOWISE in the mornings. Just look to the planets' left, more north, and closer to the horizon!

Now if you're not an early riser, there's still hope. During the week of July 13, the comet will become visible at sunset, low in the north-northwest horizon, just below the Big Dipper.

The comet will make its closest pass near Earth on July 22, but it's still 64 million miles away from Earth. The end of the month may give us another great window to view the comet if the comet doesn't break up or burn out!

Let us know if you spot this comet and send your pictures to NewsWX@KSHB.com. Can't wait to see them!