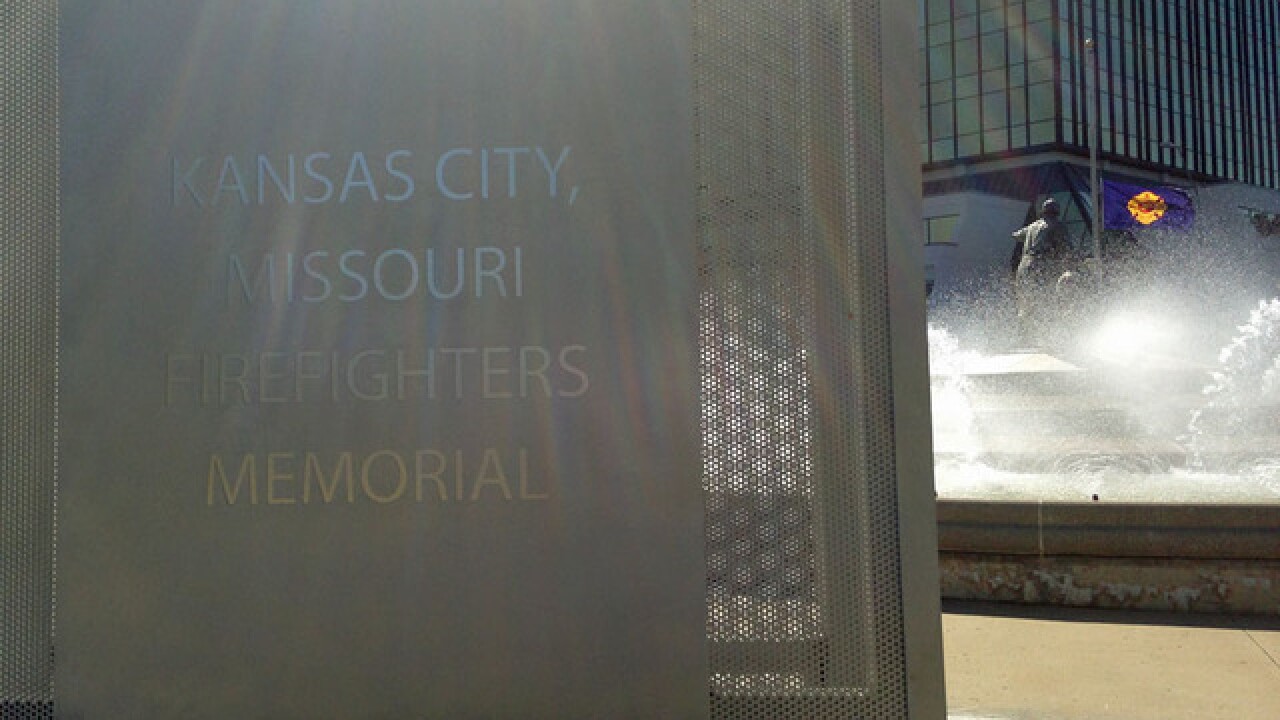 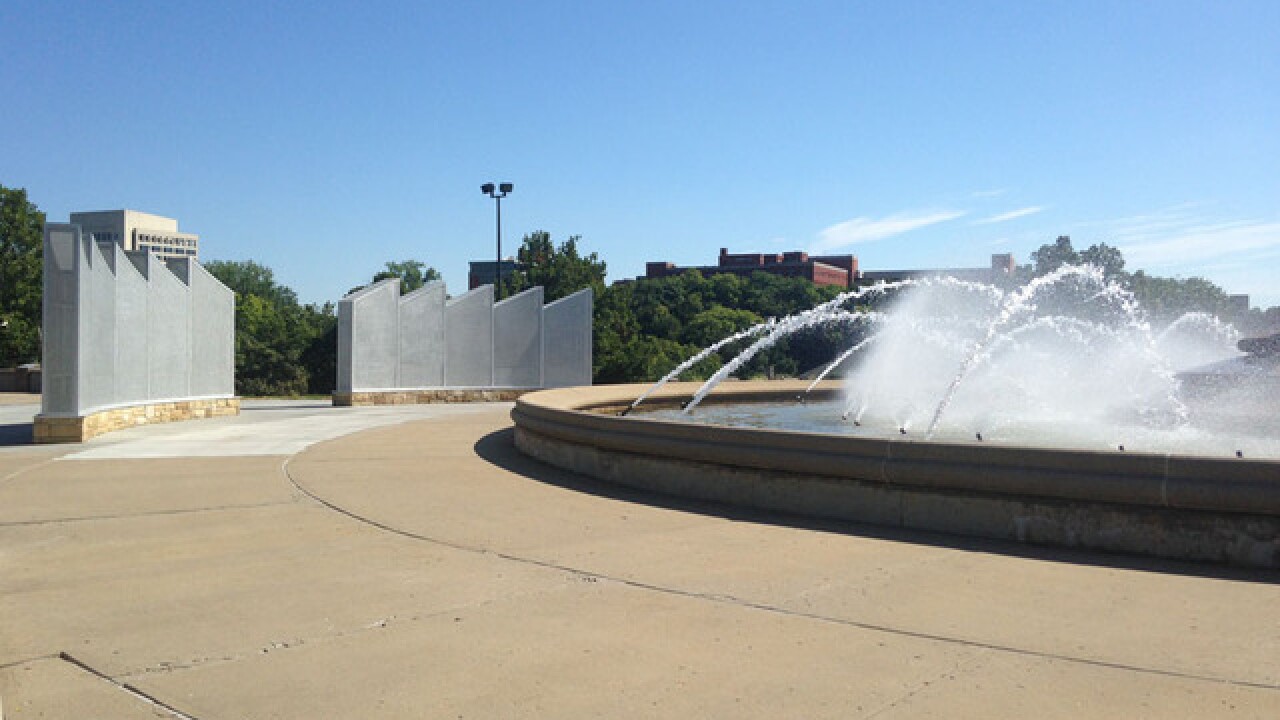 Two tall, curved, aluminum walls now frame one side of the Firefighters Fountain and Memorial. The list of names etched on those walls now tells a more complete story of the sacrifice of Kansas City’s fallen firefighters.

As Ray Elder ran his fingers across each name, a story of the firefighter behind it emerged. A department veteran himself, these are more than names.

“In fact, I’ll be buried within fifty feet of Charles O. Peterson,” he said as he pointed to Peterson's name on the new list.

He walked along the aluminum panels honoring 105 fallen firefighters.

“I am so proud to see it because I didn’t think I was going to see it in my lifetime," Elder said.

Elder said his research that revealed 11 fallen firefighters who had been left off the list started with a phone call from Ireland in 1999. A man planned to travel to see a relative’s name on the memorial. Elder didn’t recognize the name.

“Not only did I come out here first to make sure he was out here, he wasn’t here," he said. “Then I went to the library and found him.”

“John W. Glynn,” Elder read as he pointed to the name on the list now. Adding those overlooked as well as firefighters who had since passed away was one of the reasons the new art was installed.

Of the 105, the first firefighter honored died in 1887. The list includes the six firefighters who died in the 1988 explosion that so many remember. Their loss galvanized the community to create the fountain and memorial a few years later. The last tragic loss on the list came in 2011.

That’s the same year Arizona artist Barbara Grygutis was picked to design the new art. The aluminum walls have a ledge designed to hold mementos. The rocks supporting the walls come from the surrounding parks. Blue lights will illuminate the walls at night, a color Barbara thought symbolized a noble sacrifice. The walls themselves have holes to let the light shine through and connect the space.

Grygutis has traveled back and forth to Kansas City over the last few years, working on the project with community leaders to make it a lasting tribute.

“This wall has to stand out as something different besides the fountain because it honors every single individual who has donated their life,” she said.

Lindsay Shively can be reached at lindsay.shively@kshb.com .