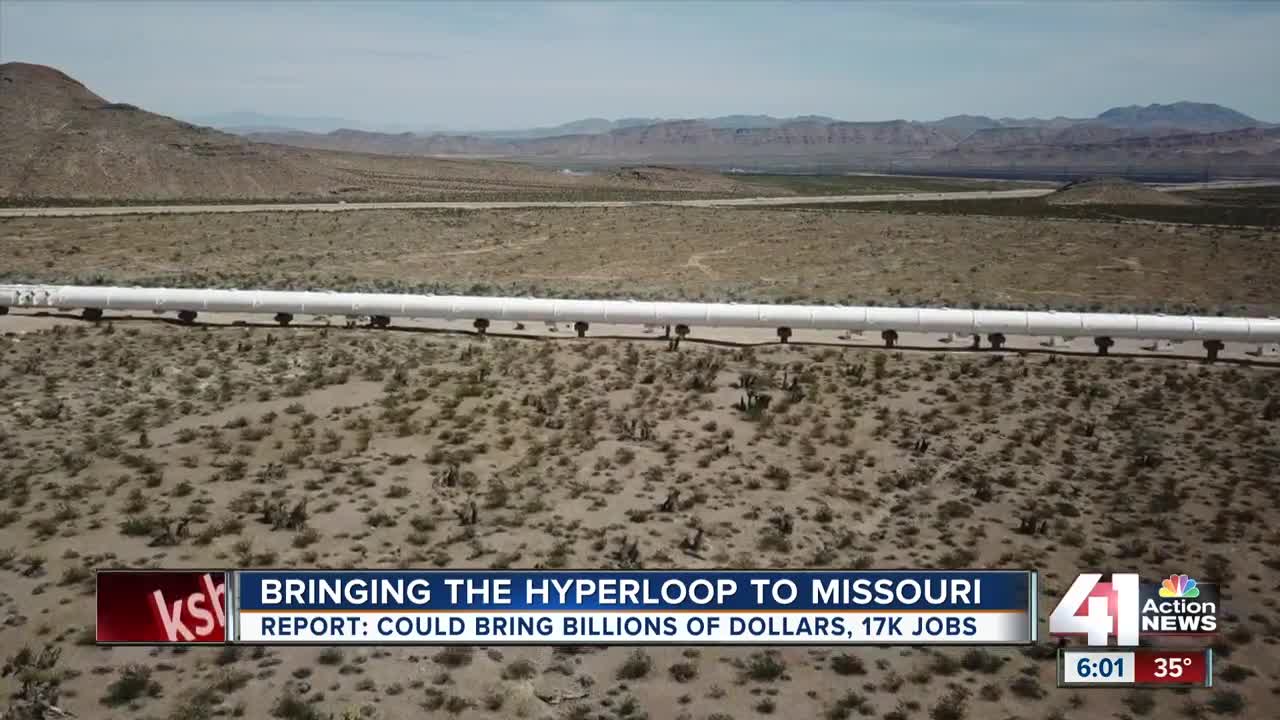 A panel of public and private leaders in Missouri found “substantial benefits” to building a hyperloop route, a new report says. 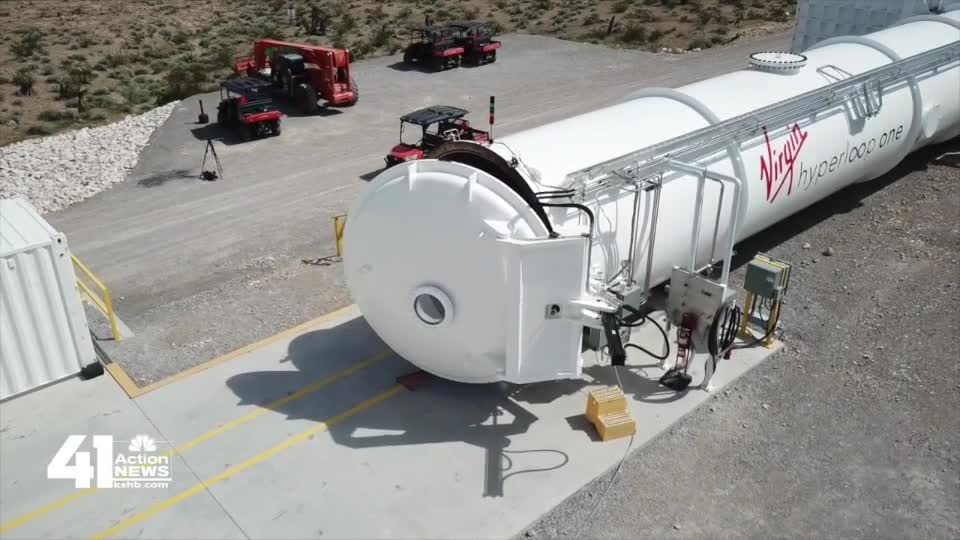 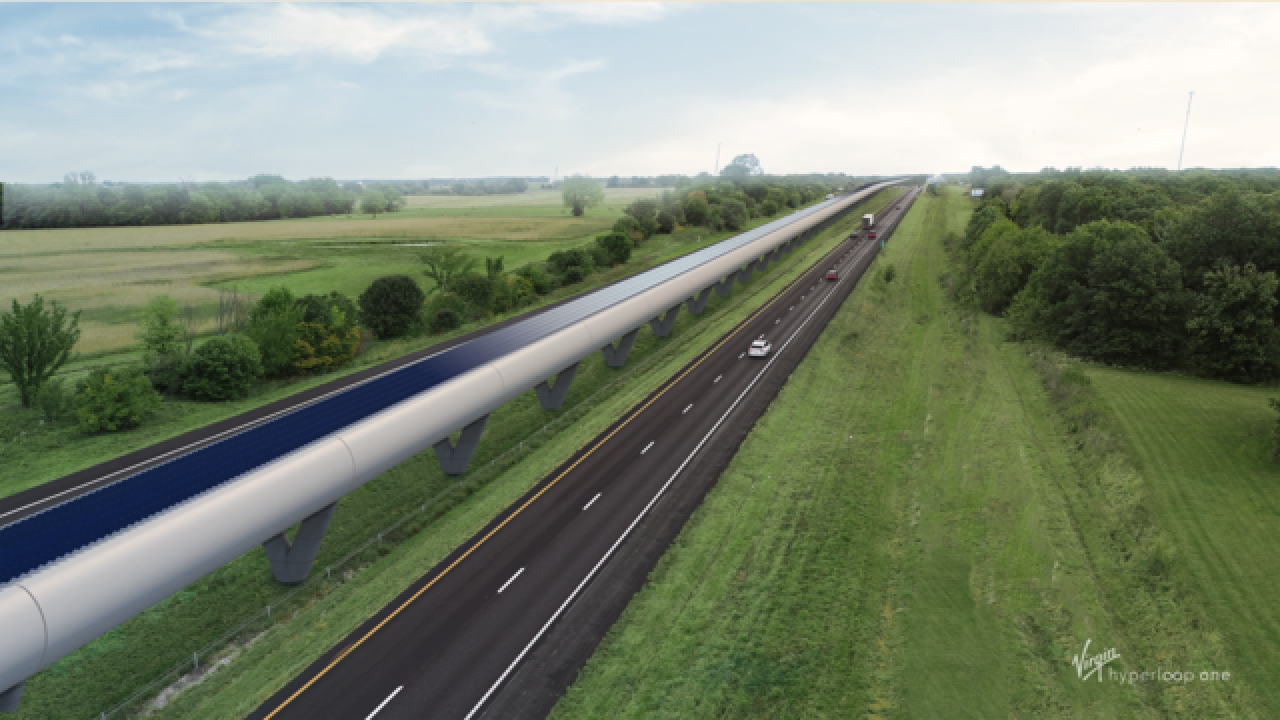 One company, Virgin Hyperloop One, claims the technology could take passengers from Kansas City, Missouri, to St. Louis in about half an hour.

The panel now recommends pursuing construction of a National Certification Track up to 15 miles long.

The panel noted in the report, “calculating the economic impacts of new technologies is based on a significant number of assumptions. There are no currently operational hyperloops at this time that can be studied to determine actual impacts.”

“For the non-believers, we get stuck on ‘How much will this cost to build?’ A lot — and I want to be honest about that,” said panel member Ryan Weber of the KC Tech Council. “But the potential future economic impact of being the first to deploy this technology is a much higher number than the development cost and construction.”

The panel also acknowledged possible risks with pursuing the project that “has not been tested on a commercial scale” and that the legislature may need to ‘clarify’ or ‘amend’ state law or statute in regards to public-private partnerships or highway ‘right of way’.

Haahr announced the panel in March, chaired by Lt. Gov. Mike Kehoe. He tasked the panel with finding out how Missouri could become the global center for hyperloop research and how a public-private partnership to build a Missouri hyperloop route would work while protecting taxpayer interest.

Among those “substantial benefits” is creating an ‘economic mega region’ by linking Kansas City, Columbia, and St. Louis that the report states would be in the top ten in the United States.

It also states that the University of Missouri system stands to benefit as a leader in research by creating an “International Tube Transport Center of Excellence,” a consortium with other universities that the report claims has already begun forming.

The report also estimates that by essentially eliminating so much travel time across the state, Missouri’s strong industries would benefit from a larger talent pool, bigger supplier networks, and access to more training and research opportunities. In Kansas City, the panel believes that includes automotive and technology industries, mentioning employers like Ford, General Motors, and Cerner.

When it comes to regulation and legislation, the panel believes the state legislature may have to clarify if a ‘tubed transport system’ would be eligible for a public-private partnership under current Missouri law. The legislature, the panel believes, may also need to amend a statute to clarify that a ‘tubed transport system’ is a ‘highway purpose’. They believe that is one way that the Missouri Department of Transportation would be able to use state right-of-way for construction

The panel also mentioned how a newly formed council in the U.S. Department of Transportation might make decisions on how to regulate a hyperloop.

The report recommends state leaders certify one “Project Sponsor” or entity to be in charge of getting a hyperloop route built while also watching out for taxpayers.

The report states building a certification track would be the “surest way to establish Missouri and the United States as the global epicenter for research and development” of tubed transport systems. The panel believes it could be the first phase of the overall hyperloop project in Missouri and estimates it could cost between $300 million to $500 million to build.

“We envision an elevated, single-tube Certification Track that ultimately extends to a length of 12-15 miles,” the report states. “A track of approximately 12-15 miles would be sufficient for regulatory review and safety certification. The certification track could itself be built in phases, beginning with a roughly three mile segment.”

Weber said this should not be considered the same thing as a test track, but as a place where the hyperloop could be certified for safety and regulation.

“We know the technology works,” he said. “Now let’s prove that people, humans, can ride on this safely with on-ramps, off-ramps, over a long distance at a much higher speed than they first tested.”

He also said there are a few possibilities of where that track could land in Missouri and that he expects Virgin Hyperloop One to release a “Request For Proposal” very soon with more specifics.

“The Panel has concluded that the first site in the continental United States, Canada, or Europe that completes a full-sized segment (~4 meters interior diameter) of tube will likely end up being the beneficiary of future investment. There will be no prize for second place,” the report read.

He said it is too soon to tell how much of the bill taxpayers may be asked to foot.

“We haven’t seen the request for proposals yet, so we don’t even know how long the certification track would have to be. So it is too soon to make that determination,” Haahr said. “Obviously, I think there will be some investment required both from the state, maybe from the municipality, but we don’t know nearly the extent of that yet.”

Kansas City, Missouri, Mayor Quniton Lucas was also in attendance. He said the city will continue day-to-day tasks while pursuing the potential project.

“We’ll continue to fill potholes, we’ll continue to fix street lights,” Lucas said. “But at the same time, projects like this are key to making sure, first of all, that we’re on the cutting edge of technology. We’re looking at new forms of transportation and frankly, in some ways that we don’t get left behind.”