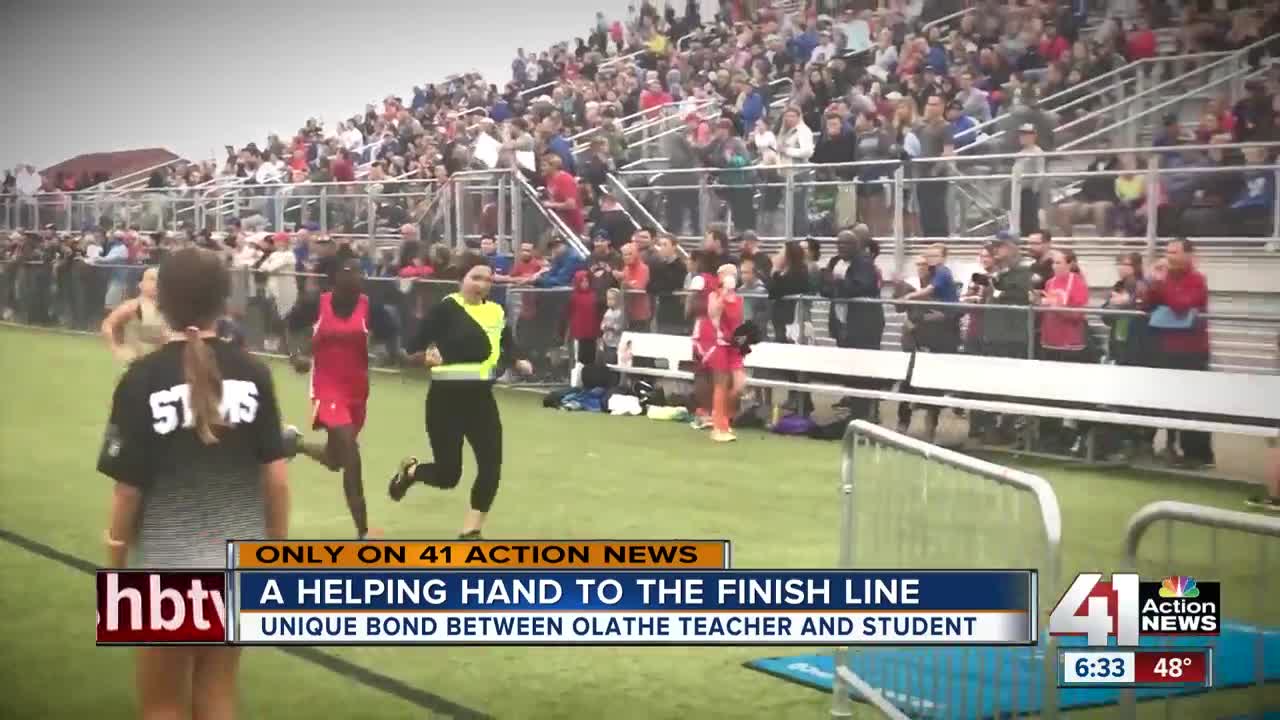 An Olathe sixth grader is embracing her dreams of one day making it onto the Olympic podium by starting small, and with a little help. 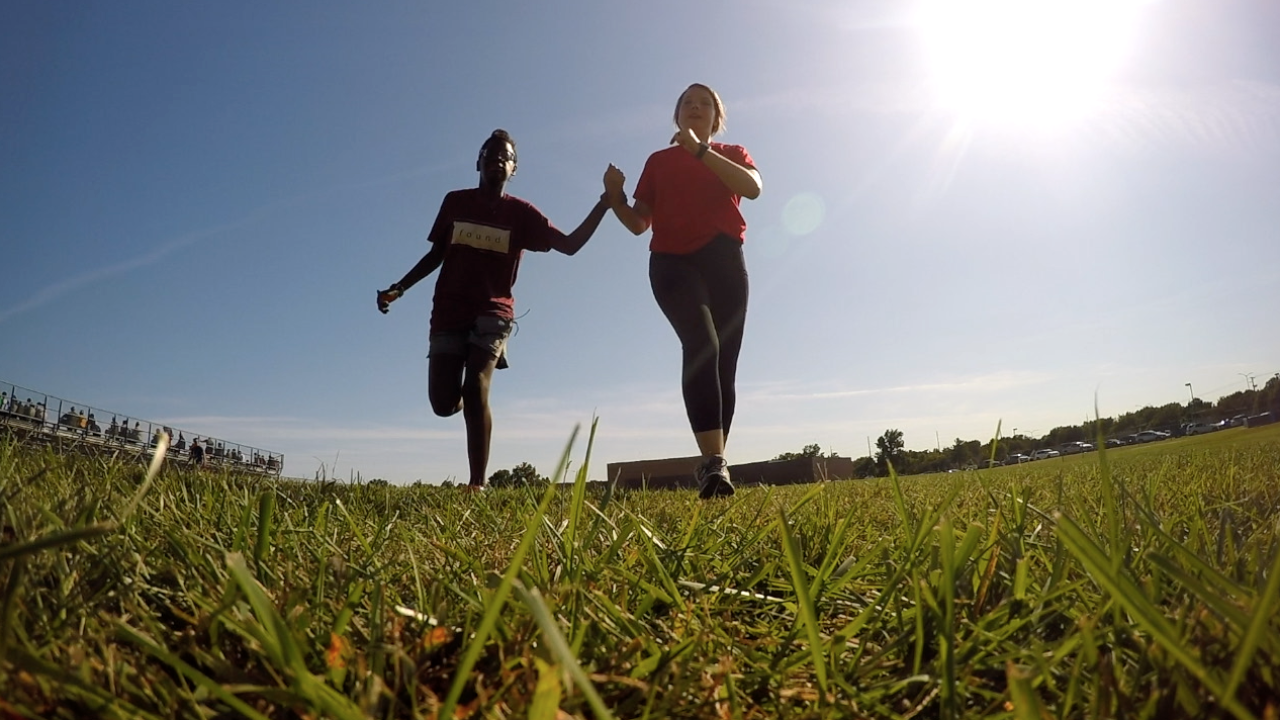 OLATHE, Kan. — There are thousands of people across Kansas City who run for a hobby or for school. You see them out training at all hours of the day. But one pair is unique because of their hands and eyes, not their legs and feet.

There's a lot of talking when Olathe teacher Jenna Corrow and student Jetta King run together — as well as laughing and dreaming.

"Well, I've always felt like because I had long legs, I'd be like a really good runner, and I'd make it to the Olympics," Jetta, a sixth grader, said.

Jetta has been a runner for a while, and started cross country this year. But when she runs, the ground, especially grass, gets very blurry.

Jetta, because of cataracts at birth, is legally blind.

"My life is a lot (more) interesting than I thought it might be if I wasn't visually impaired," she said.

So, when she runs, she holds Corrow's wrist.

In addition to offering a helping hand, Corrow also describes any obstacles in the path.

"I feel like if I didn't have her there, I'd probably fall," Jetta said.

Jenna was recruited because she runs as a hobby. This month, she's spent some Saturdays at cross country meets, crossing finish lines with Jetta.

“My name is Jenna, and her name is Jetta, so whenever they cheer for her, I just pretend it's for me,” Corrow said. “We've always tried to run the whole meet, which she's done for the three that we've had, and not come in last, which we've also done."

It's middle school, so Jetta gets tough questions.

But Jetta's approach to life is almost untouchable.

"Sometimes, I wish I could be normal, but then again, I guess I kind of like being me," she said.

"She loves who she is and the way that she's made, and she doesn't let it stop her from what she wants to do," Corrow said.

Besides, she's too busy planning her trip to the Olympic medal stand.

Jetta's cross country races wrapped up in late September, but she said she plans to keep training.