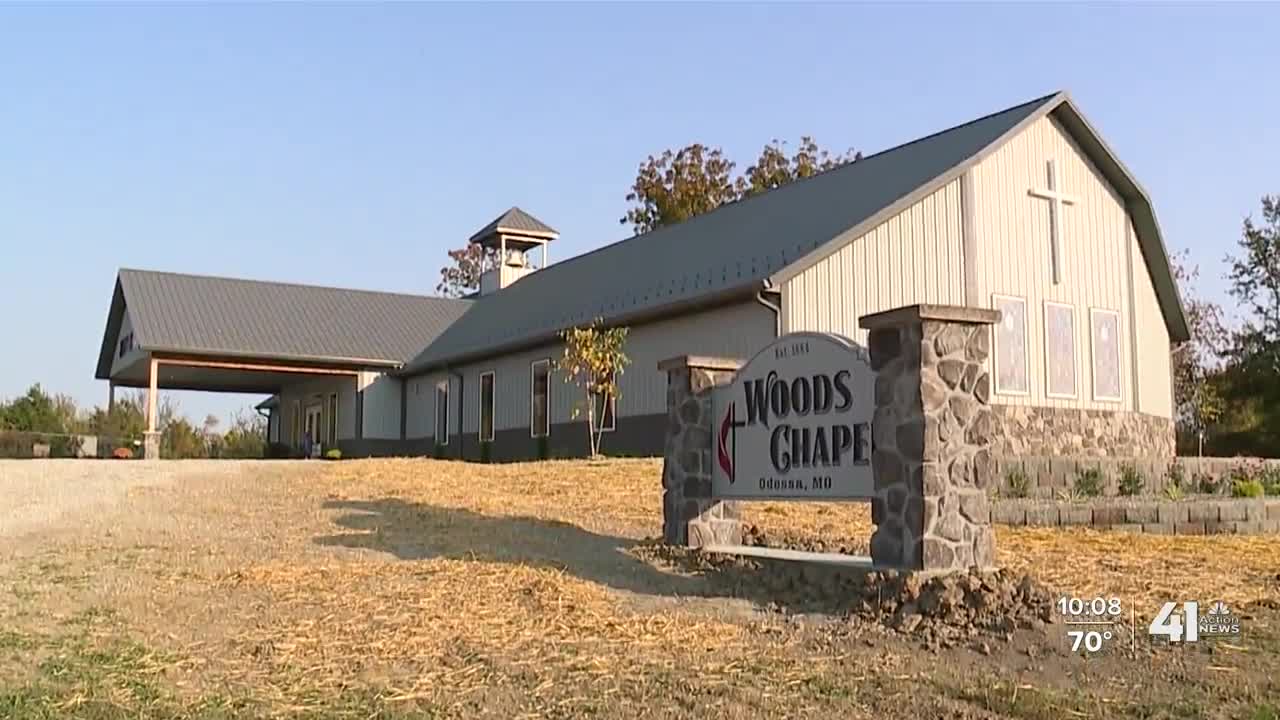 One year ago, all that remained standing was a chimney and a cross after a fire destroyed Woods Chapel United Methodist Church in Odessa. 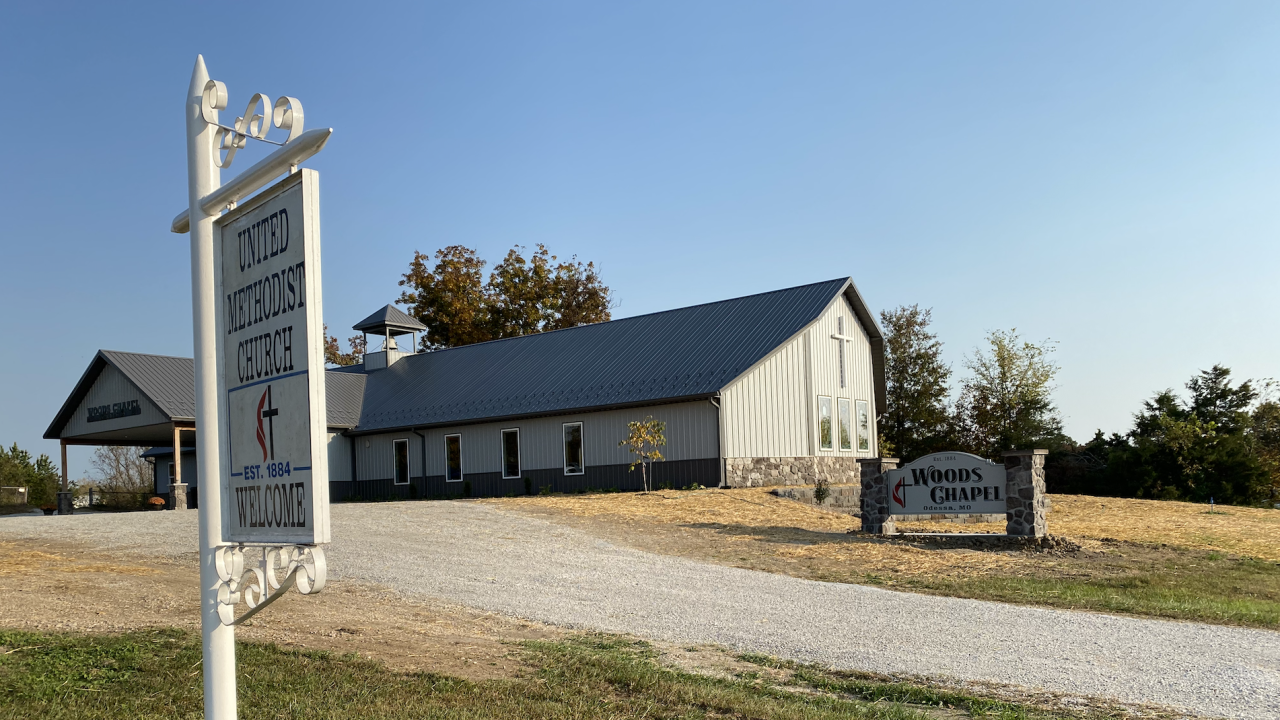 ODESSA, Mo. — One year ago, all that remained standing was a chimney and a cross after a fire destroyed Woods Chapel United Methodist Church in Odessa.

After 52 weeks of construction, the church reopened Saturday.

Peggy Pemberton has been a member of the church for 62 years. She also was one of the people who saw it burn after standing tall for 135 years.

“I came down the night of the fire," Peggy Pemberton said. "I got a call and it was really heartbreaking."

On October 10, 2019, firefighters were called to the church in Odessa in the middle of the night. When they arrived, the church was fully involved and firefighters couldn't save it.

“It was about gone when I got here and it still, like I said, it was just unreal," Peggy Pemberton said. "I don’t know if I’ve ever seen such a hot fire."

Peggy and her husband, Donald Pemberton, were married in the church in 1958, followed by their children and grandchildren.

“I never went anywhere else," Donald Pemberton said, "and it was a loss. It was like losing a family member or a family."

The cause of the fire was undetermined, and after the investigation, the community got to work on the rebuilding process.

“We fired the first nail on this building, June the 1st, on a Monday," Keith Sisk said.

“It’s a new church, but we’re on top of the old one," Penny Sisk said, "and God’s going to give us a new building and a new family and a fresh start, so we’re happy."

Members told 41 Action News they are happy to be back, and hopeful the new church brings lasting memories.

“It was 135 years old, and we hope this one will last that much longer," said Donald Pemberton.