Some online challenges are asking teens to do dangerous tasks that could seriously hurt or kill them.

KANSAS CITY, Mo. — There are some good challenges like the ALS Ice Bucket Challenge, but there are also some dangerous ones.

Right now, 12-year-old Timiyah Landers from Detroit is in the hospital after trying the fire challenge. Nearly half of her body is burned.

"It kills me watching her suffer due to what her and her friends done," said Brandi Owens, Landers' mother.

Since the existence of social media, more and more teens are trying these challenges. Parents can't keep up with how many are going around.

The newest one is called the "Momo Challenge."

You start communicating either on Facebook or WhatsApp with "Momo." For 50 days, someone sends you challenges that start off small but can turn deadly. Threatening messages follow, even violent images if you complete a challenge.

One of the challenges, usually the last, can range anywhere from harming to killing yourself.

"It's one of the more severe ones that I have seen. But, it's just very sobering that we've gotten to that point where these things are so acceptable and part of the culture," said Dr. Stephen Lassen, University of Kansas Health System Pediatric Psychologist.

Lassen said teens simply see the excitement in these challenges.

"That's what we see with these social media challenges is these kids doing things for risk, taking thrills, but also to get the attention of the world around them,” said Lassen.

One person said peer pressure is to blame.

"I feel like it's the same reason they did it when I was a teenager because everyone else is doing it," said Dianne Anderson from Kansas City.

Schools around the Kansas City metro said they have not heard of their students doing the challenge.

Doctors said parents should always talk to their kids about the dangers of these challenges.

"The most important conversation really needs to be the ongoing conversation that parents have with kids about thinking logically through some of these things,” Lassen said. 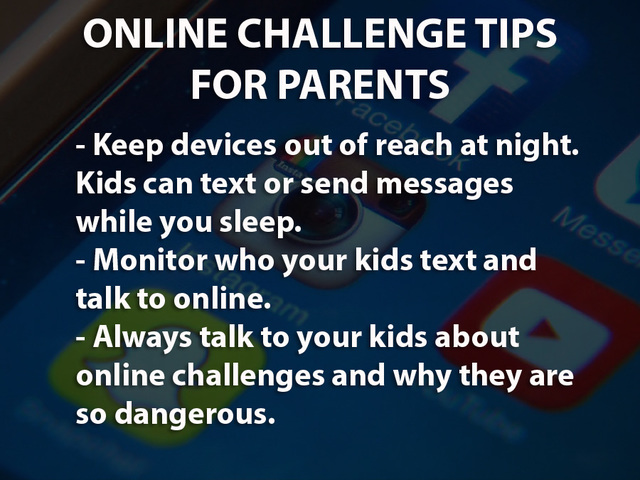