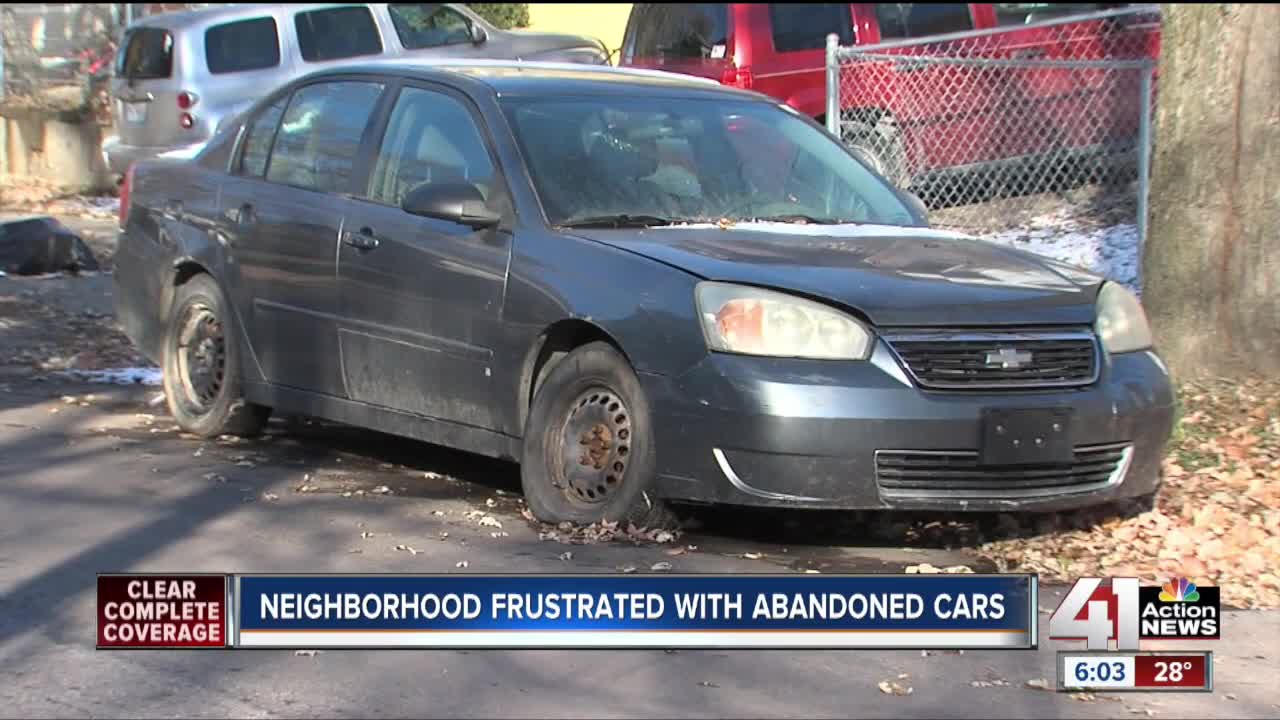 Residents in one Kansas City neighborhood are fed up with people dumping cars along the street and forgetting about them. 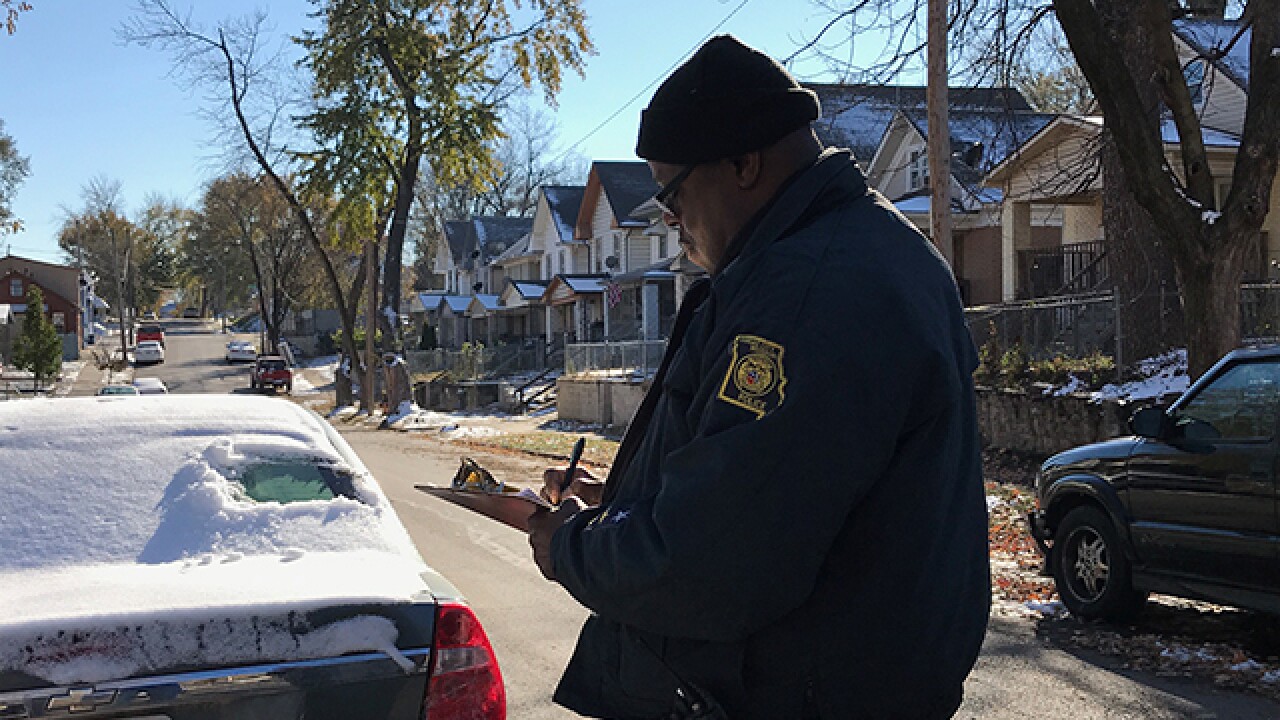 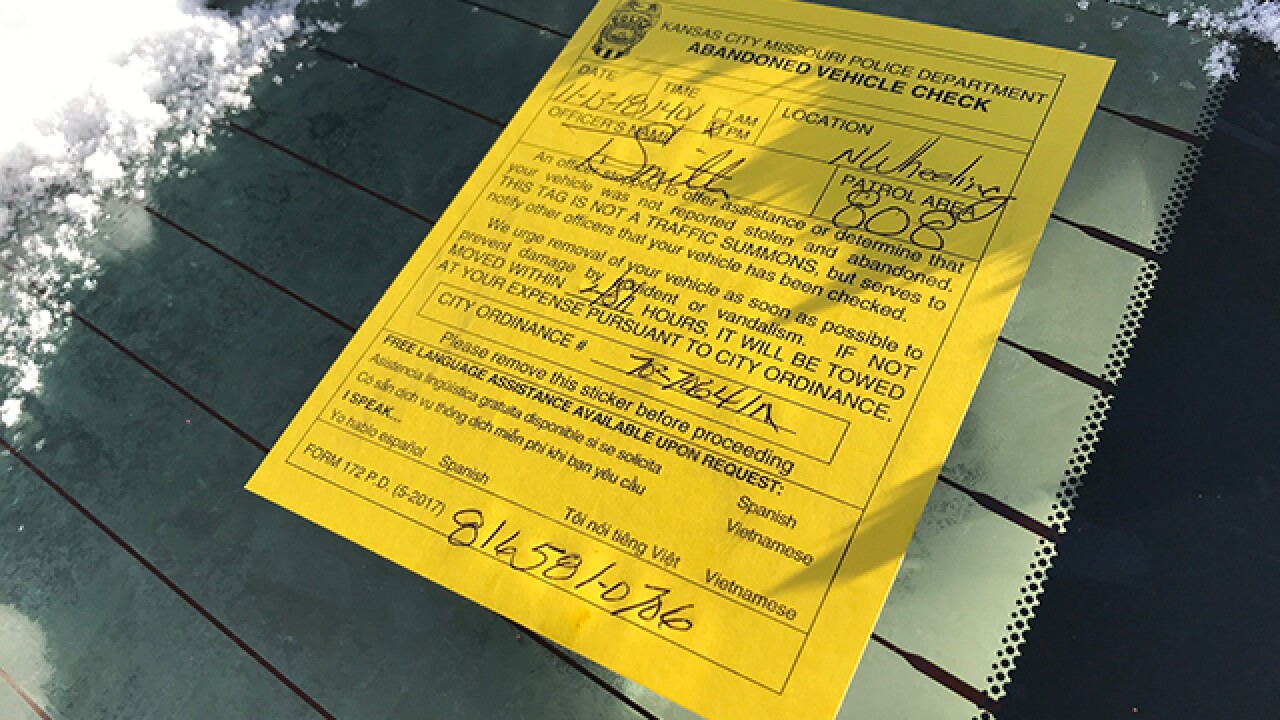 KANSAS CITY, Mo. — Residents in one Kansas City neighborhood are fed up with people dumping cars along the street and forgetting about them.

In northeast Kansas City, street parking comes at a premium.

"A lot of the houses in this neighborhood don’t have off-street parking so you have to park on the street," said Bryan Stadler, president of the Indian Mound Neighborhood Association. "So it’s led to some pretty inventive solutions, which has included people parking on the sidewalks or parking in their front yard."

People who live in the neighborhood told 41 Action News that abandoned cars are the problem. It's against city ordinance to have vehicles parked on city streets more than 48 hours or on highways more than 10 hours, according to Capt. Tim Hernandez with the Kansas City Police Department traffic enforcement unit.

Frank Spick said one car has been parked in front of his house for two months.

Enough residents in the community raised the issue to city officials, leading Kansas City police to conduct a sweep.

Parking control officers are giving owners in the historic northeast neighborhood 48 hours to move their cars. If they don't, the vehicles will be towed Friday.

Smith said there are several ways to tell if a car has been sitting in the same spot for a while. Look for low tire pressure or the amount of fall foliage on the vehicle, he said.

Residents said they appreciate this operation.

"It’s the worst sign of the neighborhood. It takes down the property value. You got to to get it out of here," Spick said.

Cracking down on abandoned cars is complaint-driven, so if you have one on your block, call police or 311, according to KCPD.