'Our community is deeply divided': Parents blame school board for superintendent's resignation 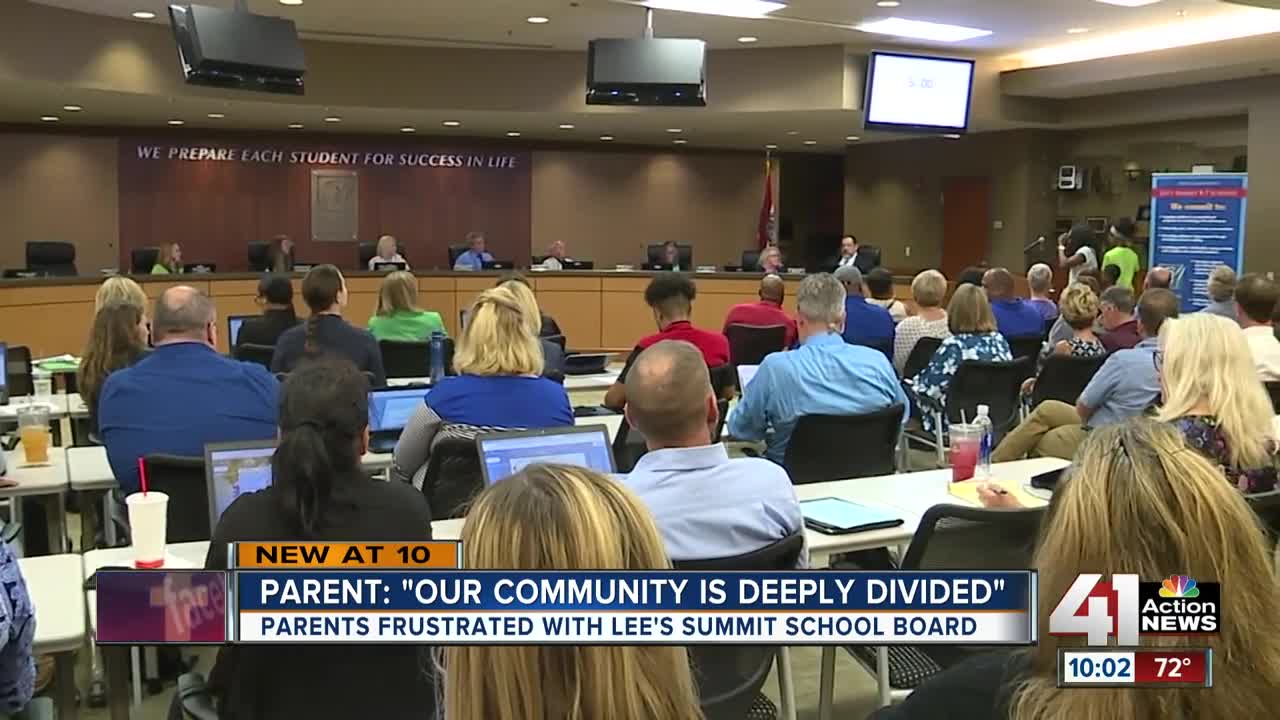 Division and tension within the Lee's Summit R-7 School District was on display at the first board meeting since its former superintendent's resigned. LEE'S SUMMIT, Mo. — Division and tension within the Lee's Summit R-7 School District was on display at the first board meeting since its former superintendent's resigned.

"We acknowledge the last several months have been difficult with a range of emotions involved," Acting Superintendent Emily Miller said Thursday before a packed board meeting.

"His exit from this district is a huge loss for many of us, because we had a really courageous champion for marginalized children and families while he was here," Erica Wilson said.

Others reacted to the news Carpenter would be paid $750,000, becoming the second superintendent to receive a hefty buyout for the district in three years.

"We paid an exorbitant amount of money to buy out their contracts," Carla Dial told the board. "As a taxpayer that pisses me off."

Carpenter and the board butted heads over diversity and equity training for teachers and staff, but community frustration seemed to focus on board members.

"I'm appalled and I'm ashamed, and it's not because of your color," President of the Heartland Black Chamber of Commerce Kim Randolph said. "It's because you refused to do something that could have been historical for you."

The division is something district leaders claim to recognize.

"Tonight was a time to listen to our public and hear some thoughts from them, to also understand we have some work to do to move forward," Lee's Summit R-7 Executive Director of Public Relations Kelly Wachel said.

For some of the parents who spoke, the path forward includes implementation of the equity plan along with changes to the board.

"Allow someone to sit in that seat that wants to see the best for every student regardless of who they are," parent Rodrick Sparks said. "We are organizing and we are not going to let up."

Details of Carpenter's separation agreement with the district likely will be released Friday.