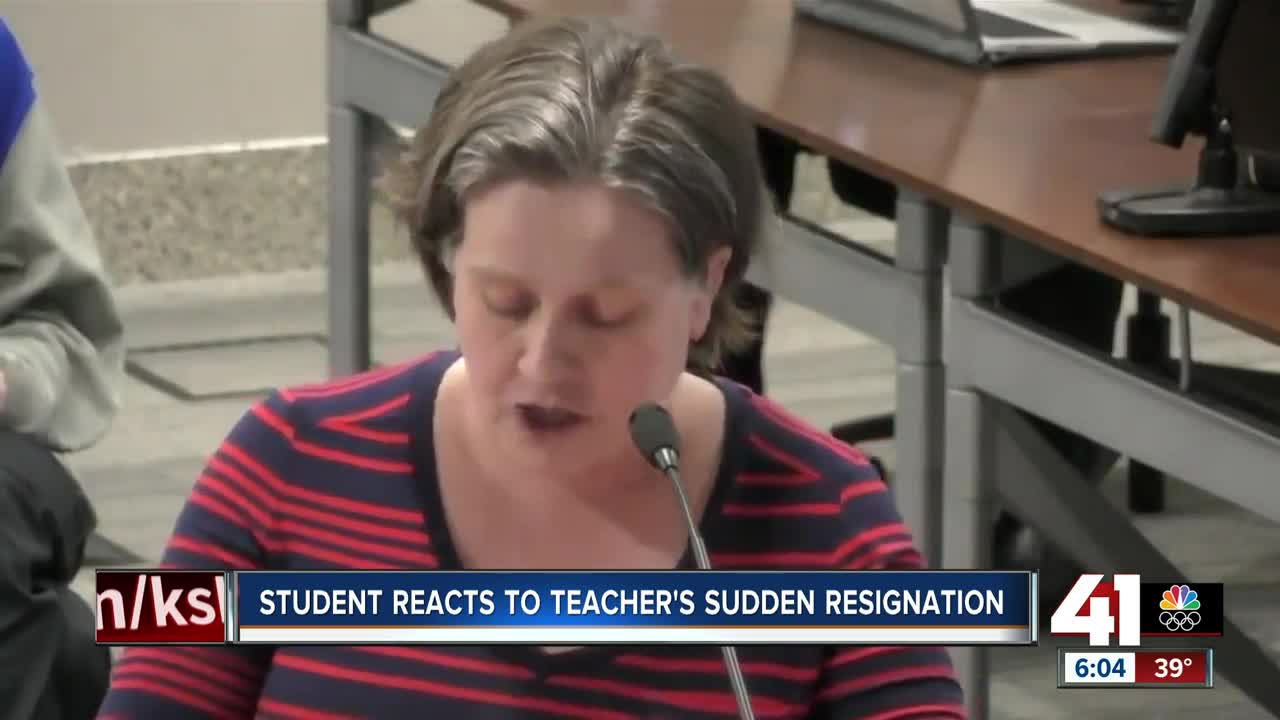 A Shawnee Mission teacher's sudden and public resignation at a school board meeting Monday night left some students feeling like they lost a member of their family. 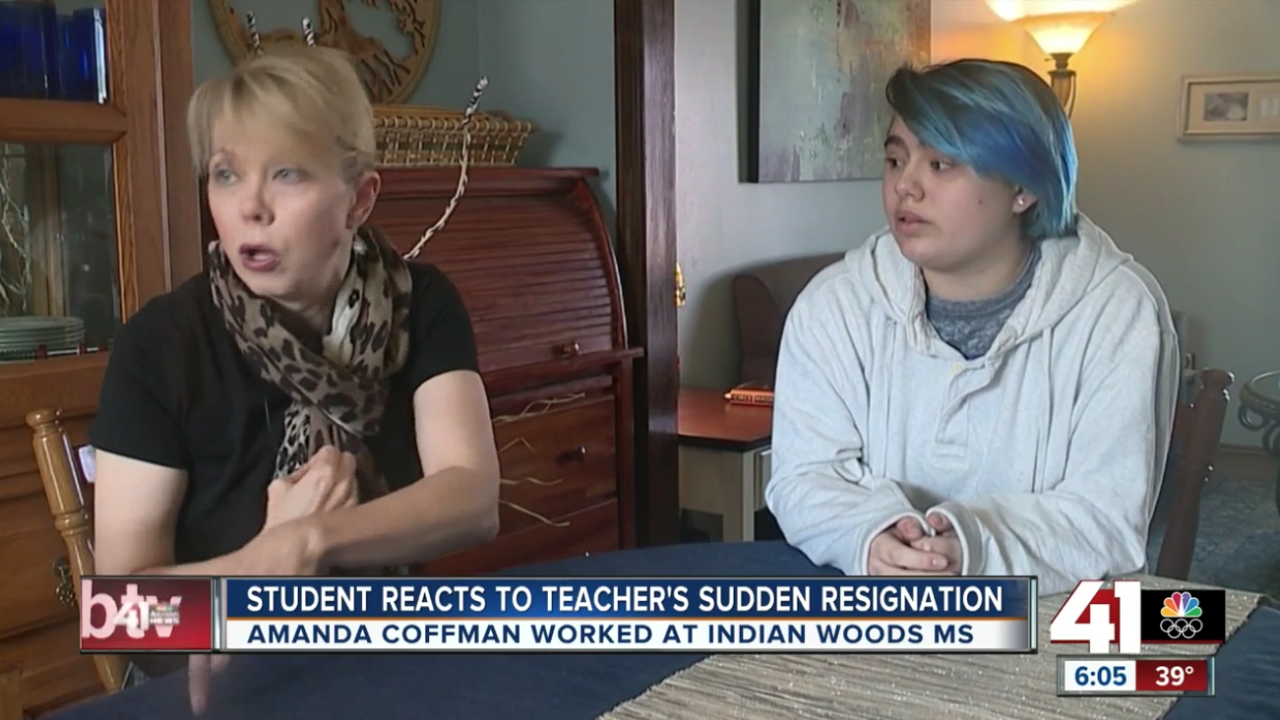 OVERLAND PARK, Kan. — The news of an Indian Woods Middle School teacher’s resignation is a blow to a group of gifted education students.

41 Action News sat down with Kim and Gia Glackin Tuesday to discuss the departure of Amanda Coffman, who taught gifted-education students in the Shawnee Mission School District. Gia was one of those students.

"It was kind of like saying goodbye to a family member," Gia Glackin said.

While Gia understands Coffman's reason for her decision, she said it still is a tough pill to swallow.

Coffman announced her immediate resignation at Monday night's board of education meeting for the district. The decision follows months of contract negotiations that district teachers are not satisfied with.

"Teaching is like a bad marriage: You never get your needs met, but you stay in it for the kids," Coffman said.

Gia’s mother, Kim, said Coffman has been a constant supporter of every child she teaches in the school's SEEK program.

"I don't know that we'll ever get another teacher like Mrs. Coffman," Kim Glackin said. "She really made a huge difference. It's hard to picture the weeks ahead and the rest of this academic year absent the person who really held it all together for Gia, and not just her, the other kids in that class."

Kim said Coffman had expressed her concern over lack of resources for gifted education and that it was part of her reasoning for leaving.

Shawnee Mission School District Chief Communications Officer David Smith did not want to speak specifically about Coffman's resignation, but he said he believes there are many teachers in favor of the district's contract it introduced in January.

"People who read the fact finders report, look at the contract, I think many of them feel like it is a good contract," Smith said. "How we got here wasn't necessarily pretty, but the contract is a good one for teachers."

Smith said the district had a substitute teacher in Coffman's class Tuesday and it will work to find a quality teacher to take her place.