Parents are upset after the Kansas City Neighborhood Academy announced plans to shut its doors this summer, less than three years after the charter school first opened.

KANSAS CITY, Mo. — Parents are upset about a school's decision to close.

"We begged and pleaded for them to keep the school open and they just refused," parent Dee Johnson said.

Johnson says she's one of many parents who feel blindsided by the decision to close at the end of this school year.

"This wasn’t just a regular school for us it was," she said. "It was like a family for us. There are teachers here that really care about our kids."

The charter school opened less three years ago and is the only one sponsored by the Kansas City Public School district.

"I was so happy for the confidence that it gave my child for her to learn and how to read," parent Dominica Kemp said. "It was just everything."

On Monday, school leaders sent a letter to parents. In it, the board states they've struggled to meet their annual enrollment and budget goals. 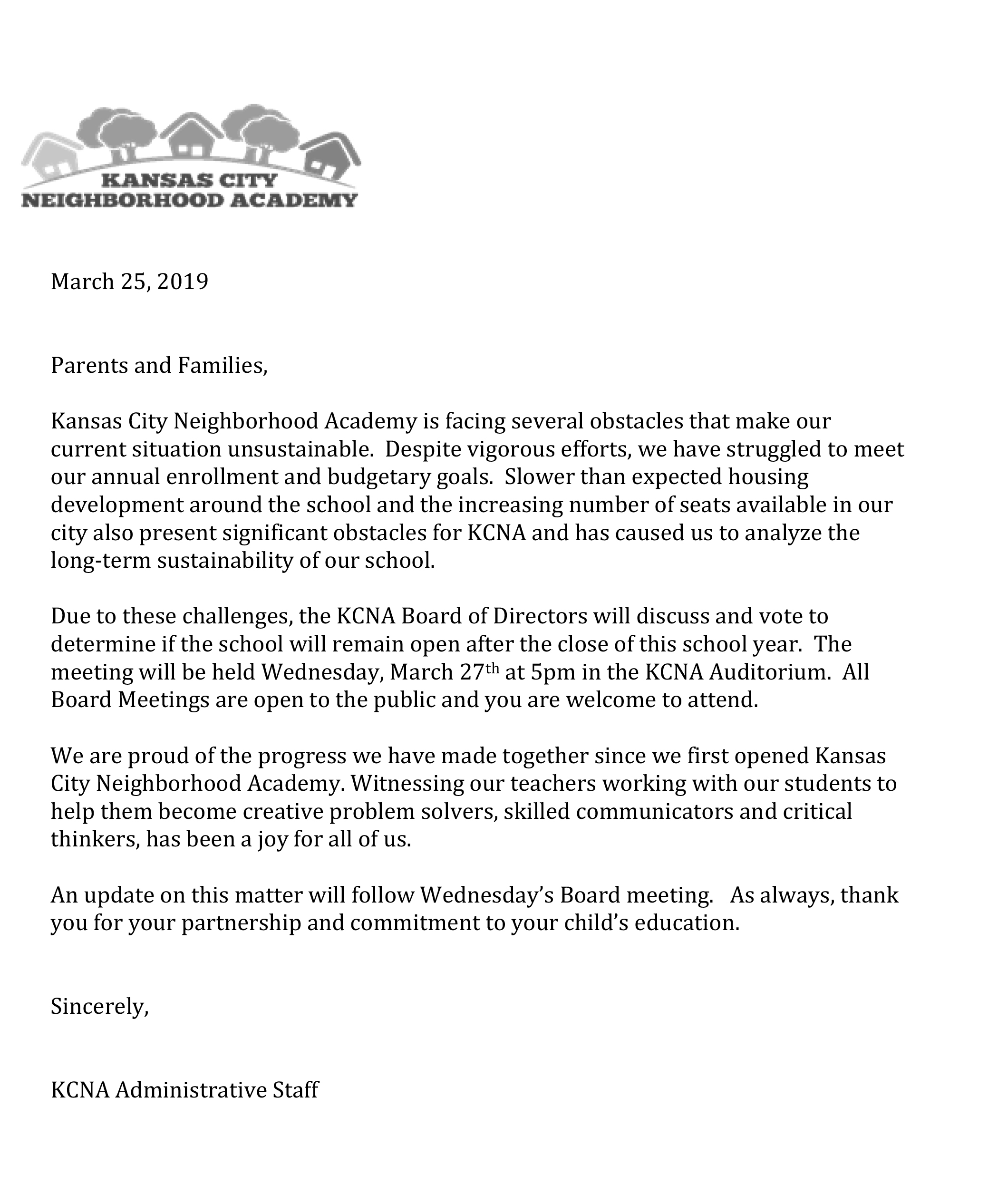 "This is an area that doesn’t have an abundance of housing or families yet, and so when that time comes, this might be a better time and space to have a school, but we’ve been impacted by that so that’s what we’re facing," KCNA principal Dr. Robin Wilson said.

KCNA's Board President Dianne Cleaver sent 41 Action News the following statement:
"I do understand and empathize with the parents' concern. We had reasons to act very quickly and they were in deference to parents and teachers.
Once the open enrollment period closed and we saw our enrollment projections we made the decision quickly because our fund raising lift was beyond what we thought we could manage in a one year time frame. In addition it was likely we'd need to raise significant amounts in subsequent years. We wanted to inform the parents and teachers as soon as possible so they'd have the best chance to pursue other options.
True the parents didn't have much chance to weigh in but the only information that could really change our decision was a significant increase in fund raising or in enrollment. We only had 143 students enrolled for next year. We know many of our parents were very happy with us. We just need more parents who wanted to enroll with us. We've raised $3.3M since we started but that is a pace that we couldn't maintain."

Parents are now seeking other arrangements for this fall.

"It’s challenging to find the right school for your kids, especially with the charter school system," parent Elizabeth Behrens said. "If you have a child with special needs, a lot of the charter schools in the area don’t provide those things."

Parents will hear some of their options moving forward at a meeting at 6 p.m. Thursday in the school's auditorium.

Representatives from KCPS will be in attendance to guide them through the process.