Plenty of people around the metro will ring in the new year with cocktails, and transportation companies will be busy making sure party-goers don’t get behind the wheel. 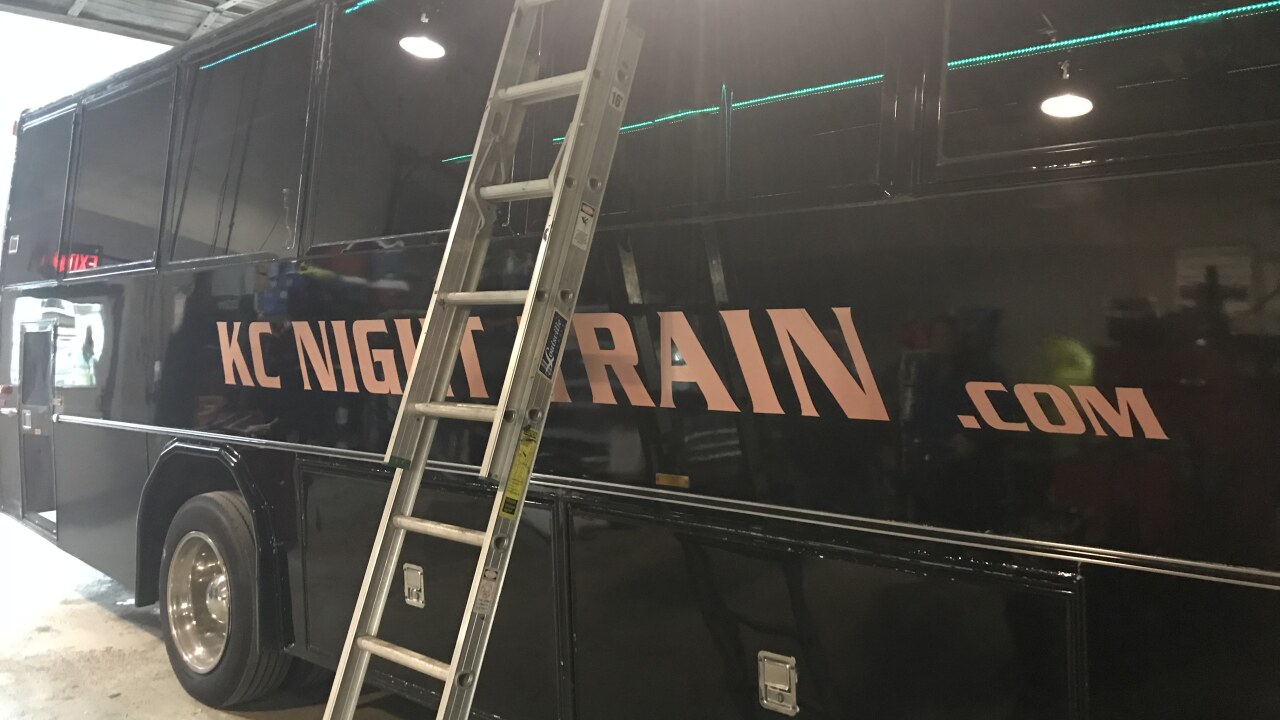 KANSAS CITY, Mo. — Plenty of people around the metro will ring in the new year with cocktails, and transportation companies will be busy making sure party-goers don’t get behind the wheel.

KC Night Train, which operates limos and party buses, said all but two buses will be busy on New Year’s Eve. Employees spent the day cleaning the vehicles, which were used for the Chiefs game on Sunday.

"Everything's kind of rainy, kind of muddy everywhere you go, so these buses are just trashed inside and out from going," Owner Sean Walden said.

Drivers at zTrip faced the same tight turnaround after making thousands of trips in and out of Arrowhead.

"We've been encouraging the drivers to get in and get some rest after last night, because yesterday was a long day, and we know tonight is going to be a long night," Kansas City Transportation Group General Manager Terry O'Toole said.

It will be a long and a cold night. Walden didn't book all of his buses in case something goes wrong.

"The temperatures are dropping drastically tonight. You have to get these people back in something warm as soon as possible, so it's very important we don't rent everything," he said.

Similarly, Party Express, another bus company, rented out six of its eight buses to keep drunk drivers off the road on New Year's Eve.

At the Kansas City Transportation Group, managers will stay in touch with drivers throughout the night.

"When the weather changes like this...we constantly send messages to their computer to tell them to be aware of black ice, be aware of the changing conditions," O'Toole said.

The drivers are also notified of any crashes and their locations.

Unfortunately, Walden of KC Night Train has seen firsthand the kind of driving that leads to accidents.

"We'll be driving down the road, and we'll find cars going the wrong direction on the wrong side of the road," Walden said.

"It's crazy. I mean this is amateur night," he added.