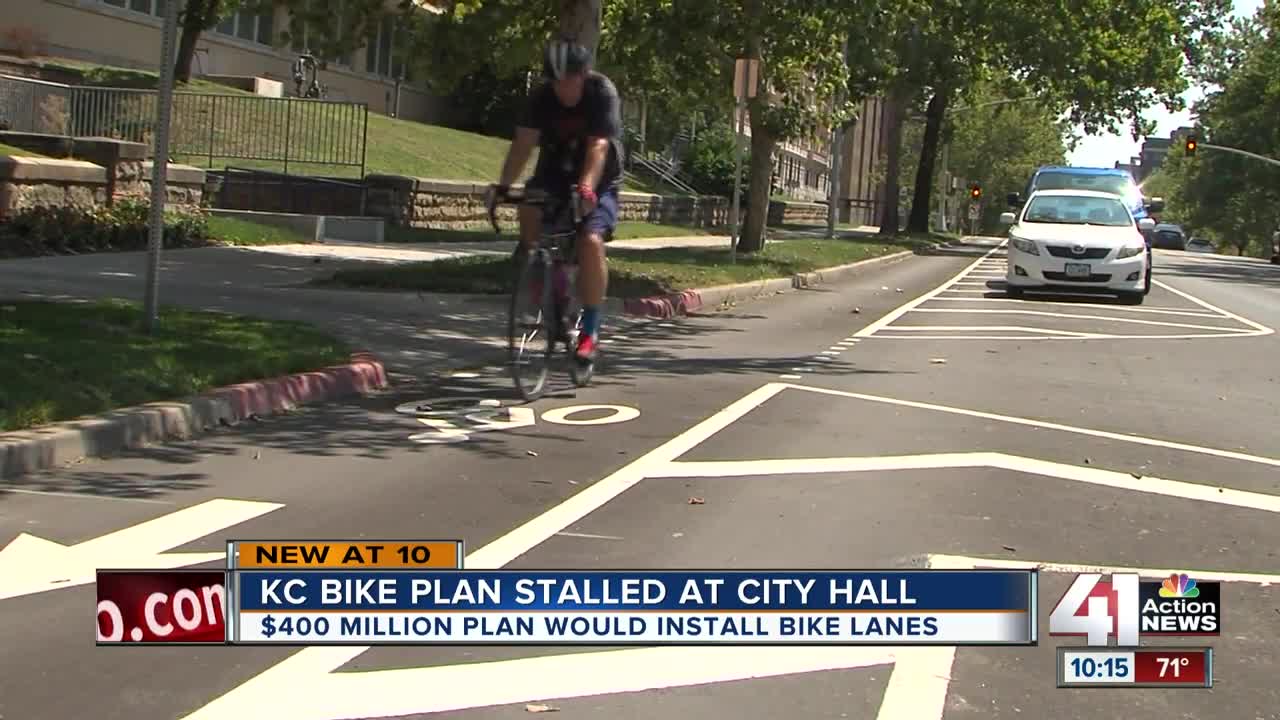 Now in its third year, the annual Bike to Boulevard is supposed to symbolize the city's commitment to making streets safer for bicyclists and pedestrians, but a long-term plan designed to do that is faces opposition from the community and some City Council members. 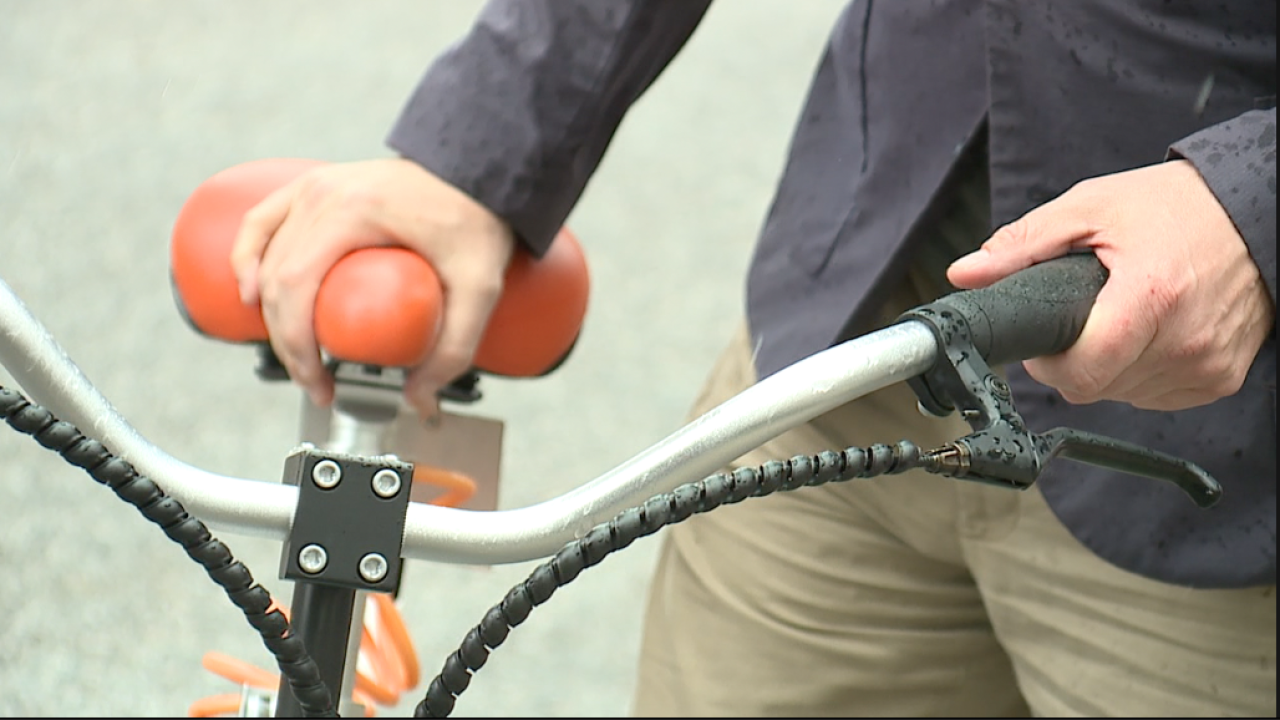 KANSAS CITY, Mo. — Now in its third year, the annual Bike to Boulevard is supposed to symbolize the city's commitment to making streets safer for bicyclists and pedestrians.

As rain fell over City Hall on Wednesday afternoon, city staff and bicycling advocates put on their helmets and rode towards the brewery on Southwest Boulevard.

Some had hopes this year's event would take on added meaning.

"We would have loved to have had this event be celebrating the passage of the new bike master plan," BikeWalkKC Executive Director Eric Rogers said.

The Bike KC Master Plan was developed after an audit found the city's previous one was inadequate. The plan went before a joint City Council committee on April 18, but there weren't enough council members present for a vote.

Council member Katheryn Shields, who left the meeting before the vote, said she had a scheduling conflict.

"If they had sent it to plans and zoning, where it should have been sent, that would have been on my calendar," said Shields, referring to the fact that the joint committee meeting with Transportation and Infrastructure was held on a different day and time than normal.

It's now been more than a month with no additional sighting of the Bike KC Master Plan on any council agenda.

"As often happens during silly season as we call it, it got caught up in politics," City Council member Jolie Justus said. "So, the City Manager, I think smartly, said, 'You know what, let's put a pin in this until after this June 18 election is over because this issue is critical and we need to make sure it gets a fair hearing and gets a fair vote.'"

Shields has a different explanation for the delay.

"I actually think what they're facing is not some kind of political concern, but the genuine concerns of people who drive cars, who walk and who want to be able to be mobile and safe throughout their communities," Shields said.

The Ivanhoe Neighborhood Council is concerned its community was left out of the planning process.

"With something that massive, it shouldn't just be railroaded through City Council," Chief Real Estate Development Officer Nailah M'Biti said. "Neighborhoods really should have an opportunity to understand what's in it before they say they do or don't support it."

M'Biti also questioned the city resources spent on the plan, when affordable housing and crime should be prioritized.

"While I support efforts to expand access to different modes of transportation, the proposed $400 million plan would take focus and funding away from the major issues in our city — crime, education and basic services like picking up the trash and fixing potholes. We need to focus on these core issues first," Lucas said.

Westport business owner Bill Nigro said he and other business owners met with city staff multiple times to express concern. He opposes an aspect of the plan that adds protected bike lanes along Broadway Boulevard.

Nigro pointed to blind-spot issues with the Armour Boulevard bike lanes, which the city is still trying to address.

"You have to stick your nose out there and then gun it to make the turn so you don't get hit by a car," he said. "It's just a bad design."

Supporters of the Bike KC Master Plan said the Armour Boulevard lanes are just one example of infrastructure that could be installed, and they are still new to the city.

"We can't automatically write off something just because we've had some hiccups with the first attempt," BikeWalkKC Policy Coordinator Michael Kelley said.

For many, the big stumbling block remains the cost.

"You can't take the build it and they will come approach," Nigro said. "We don't have the money for that. The city does not have that money."

The estimated cost for the master bike plan is $400 million. To put that number in context, city staff told 41 Action News the Major Street Plan has a price tag of $10-15 billion.

While the Bike KC Master Plan suggests a funding plan, it does not have any money attached to it.

"We don't have $400 million ready to go," KCMO Planner Joe Blankenship said. "We will use that planning document to help guide decisions on a year-by-year basis."

"The reality is this is just a plan," she said. "This is saying if we are able to build a new street, resurface a street, and it's one of the streets where a bike lane would be appropriate, then we need to consider doing it at that time. And that's when we'll do the neighborhood engagement."