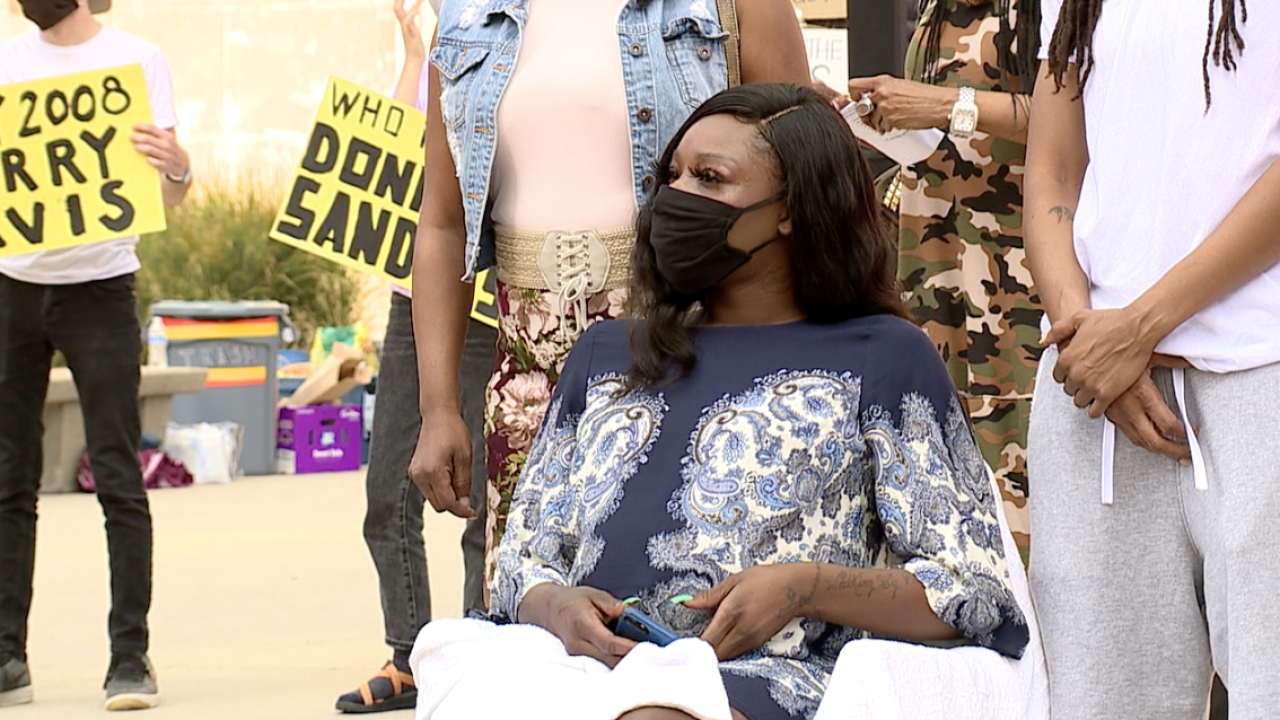 Chase Lucas/KSHB
Protesters occupy the lawn outside City Hall in downtown Kansas City for the seventh day after Deja, a nine-month pregnant woman, was arrested by Kansas City police.

KANSAS CITY, Mo. — The pregnant woman who is at the heart of a community debate over her treatment during a recent arrest has had her baby.

Stacy Shaw, the attorney representing Deja Stallings, said Stallings had given birth to a baby girl Thursday morning. The girl, named D’Syre, was placed in the neonatal intensive care unit.

Shaw said Stallings “is in a lot of pain.”

Video of Stallings' controversial arrest in late September drew widespread attention on social media and in the news. The footage appears to show a Kansas City, Missouri, police officer kneel on Stallings’ back as she laid on the ground nearly 9 months pregnant, reigniting protests over police tactics and use of force.

KCPD said Stallings was arrested for interfering with another arrest in a statement after the arrest.

The arrest also sparked an "indefinite occupation" of a green space near City Hall in downtown KCMO with protesters calling for Chief of Police Rick Smith to resign. Smith told 41 Action News on Oct. 5 he has no plans to step down.