PREVIEW: What to look for at KCI as construction begins on new terminal 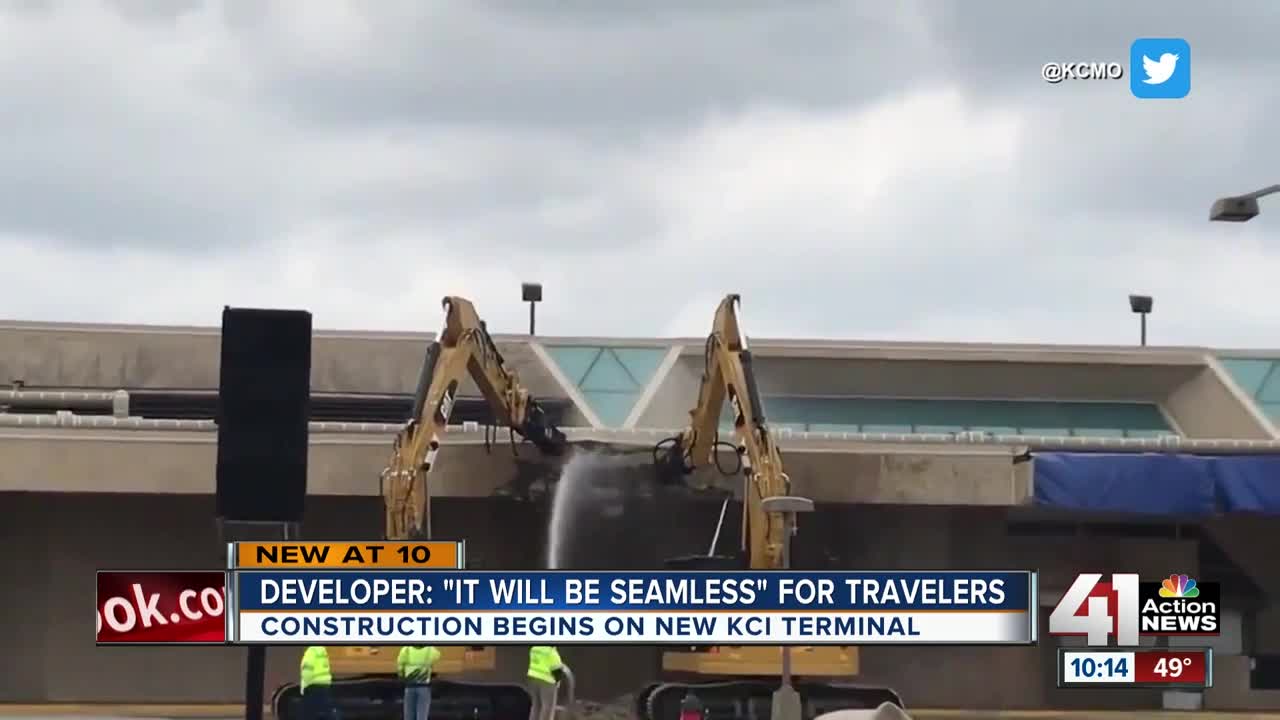 It's wheels up for the new terminal at KCI, which starts with the demolition of Terminal A. 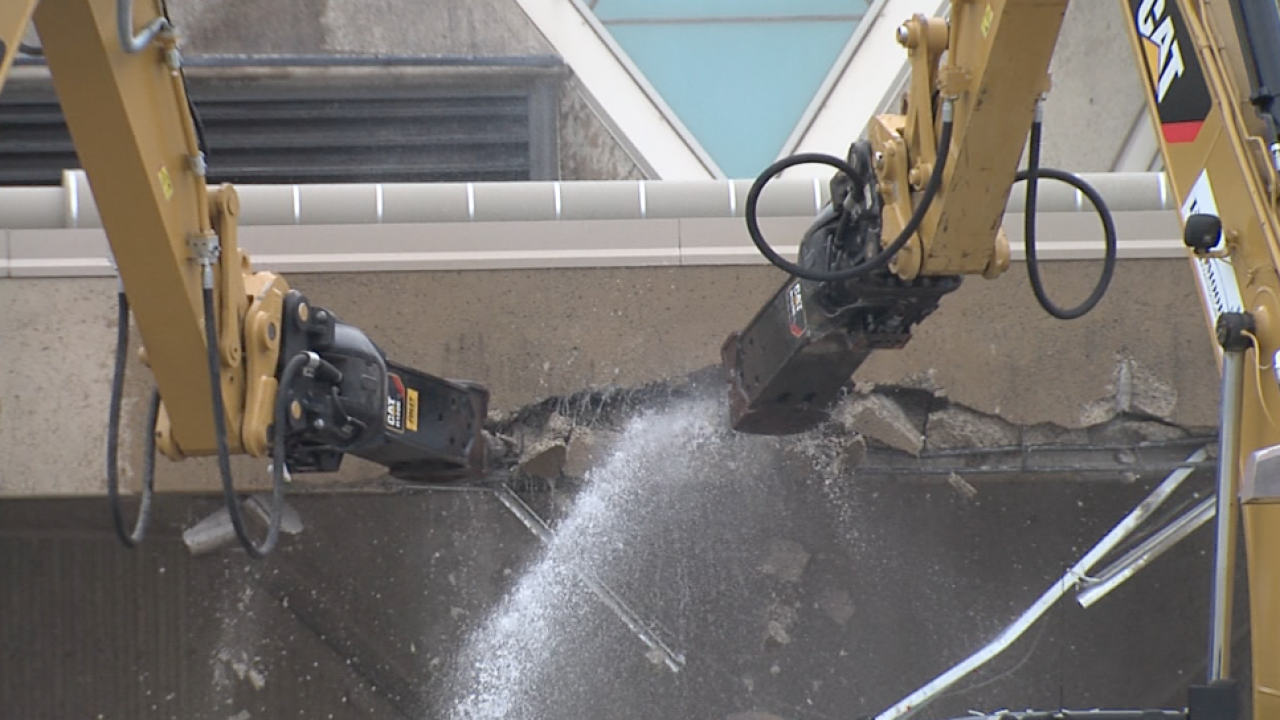 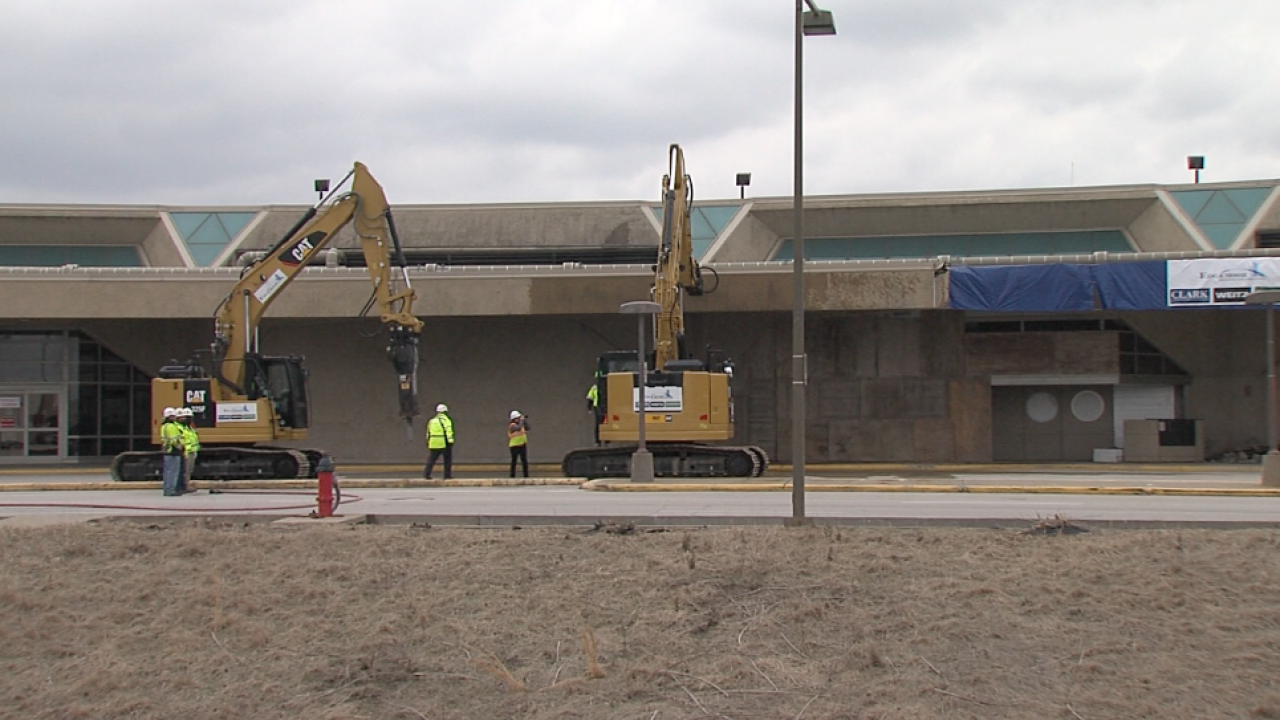 KANSAS CITY, Mo. — It's "wheels up" for the new $1.5 billion terminal at Kansas City International Airport, which will be built on the footprint of Terminal A.

"We're no longer an understudy to anybody, but we're the rising star," Kansas City Mayor Sly James told the crowd gathered at KCI for a groundbreaking celebration Monday afternoon.

Mitch Holthus, the voice of the Kansas City Chiefs, served as master of ceremonies for the event, while speakers included Greater Kansas City Chamber of Commerce President/CEO Joe Reardon, Edgemoor's Geoff Stricker and a representative for Southwest Airlines.

Kansas City Aviation Director Pat Klein also spoke, briefly stepping away from the microphone after tearing up while talking about the hard work staff put into the project.

"When you see 300, 500 people packed in there and you've been working on something for six years, you get that way," Klein said.

James, who worked on the project just as long, got behind the wheel of a track hoe to begin chipping away at the concrete outer wall of Terminal A.

The resulting debris gave people a chance to go home with a piece of history: a chunk of Terminal A.

Sheila Epperson took home a piece for her fish pond.

It was equally significant for one 23-year veteran of Southwest Airlines.

"When I retire, I can say I remember when the airport changed," Dina Burke, who works in customer service, said. "I was there."

Now that ground has been broken, it's the start of a new phase dubbed "Build KCI."

"For the traveling public, it will be seamless in terms of what we do here won't impact showing up and getting on planes," Edgemoor Managing Director Geoff Stricker said. "But they'll start to see the fencing. They'll see cranes when the cranes start arriving."

The demolition of Terminal A will last four to six months, according to Klein.

"It's section by section, so they'll recycle all they can and keep the concrete so we can reuse it," he said.

Fliers at terminals B and C likely won't notice any difference for another six to nine months, which is when the roadway pattern will change.

On the topic of how much fliers will pay for the new KCI, Klein said ticket prices aren't directly tied to the project.

"Inflation and some of the other factors like gas and their contracts with their employees and purchases of planes have a lot bigger impact on it than just the project we've got here," Klein said.

The department analyzed data from recent airport projects in San Jose and Indianapolis, finding ticket prices went up at the same rate there as they did nationwide.