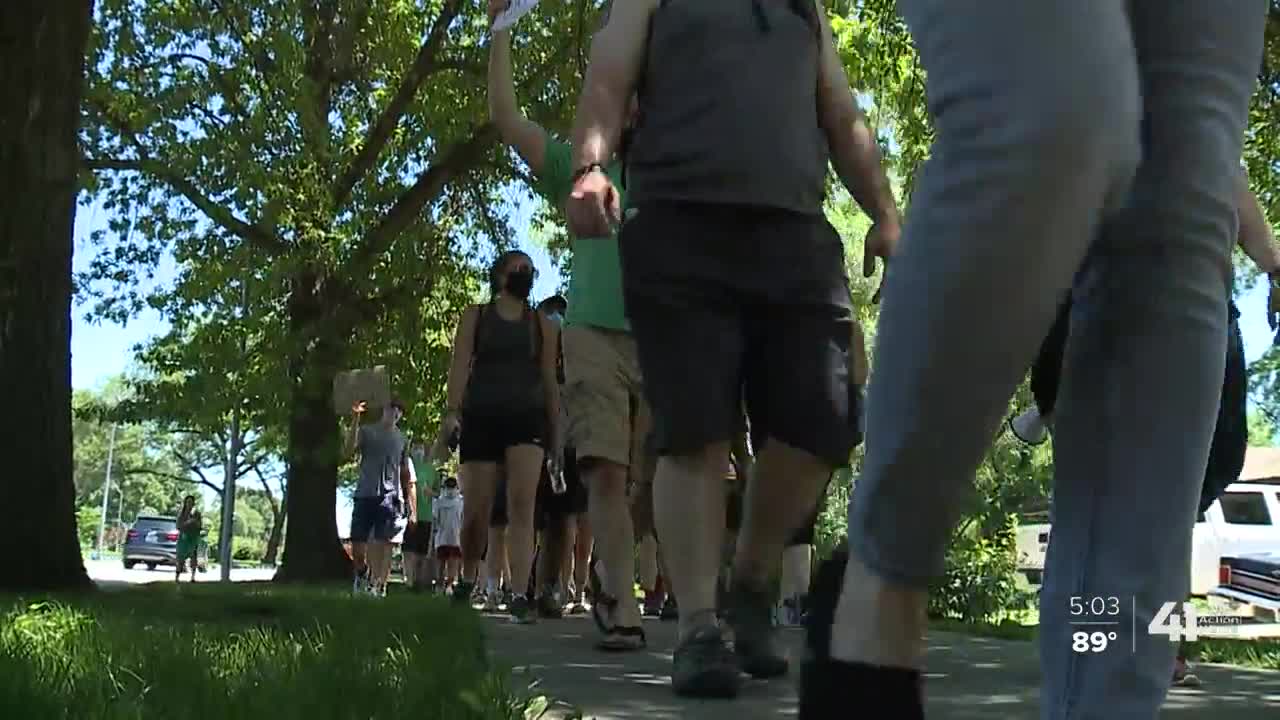 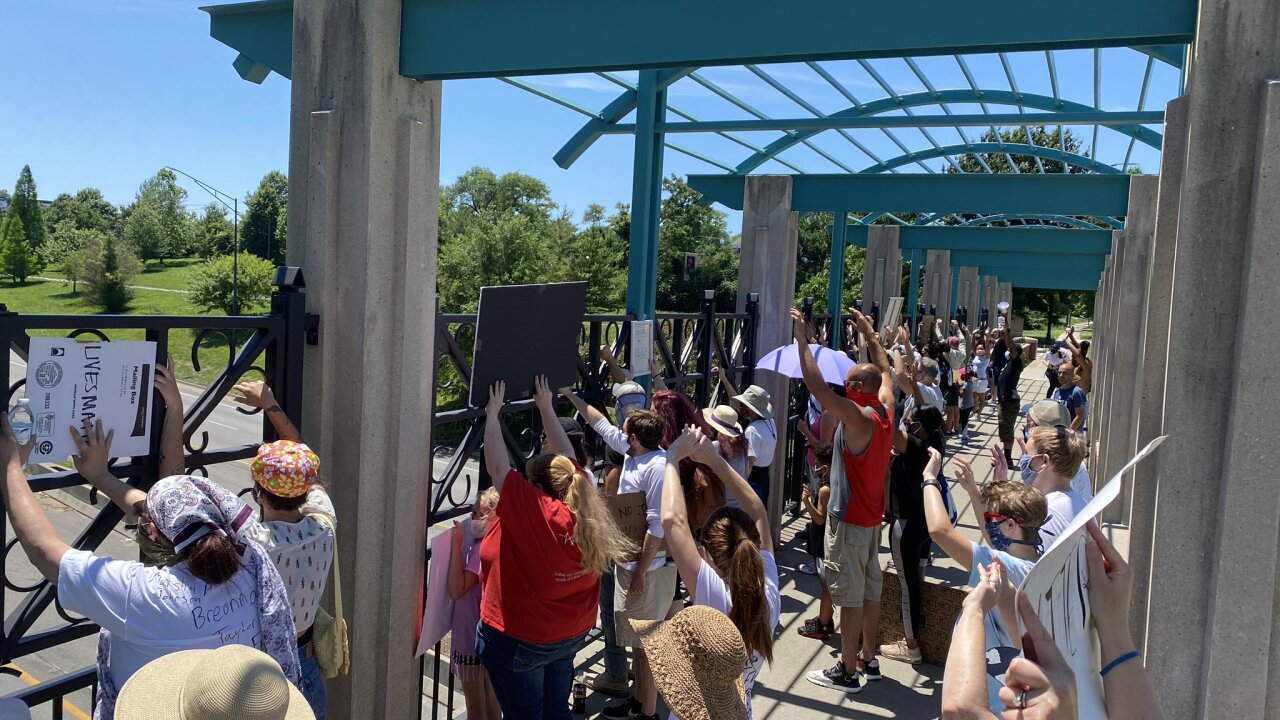 Rev. Randy Fikki organized the march and said he wanted to bring the Black Lives Matter movement away from the Country Club Plaza for other parts of the city to see and hear.

"There is power in gathering and community," Fikki said.

Fikki said he wanted to incorporate faith into the movement while continuing to demand change for black lives.

"I think one of the main reasons why we're seeing so much anger and frustration is you have an entire group of people who have not been seen and not been heard," Fikki said.

Protesters, according to Fikki, want to see body cameras on all police officers and locally controlled police jurisdictions.

For Gregg Hollins, he hopes violence doesn't overshadow the message that enough is enough.

"If two or three get it, then that's two or three more people," Hollins said. "It's all about trying to get your word out there in the right way, in a positive way."

Hollins said diversity in marches, like Sunday's, is huge, and he applauds the younger generations for helping lead the way.

"It's not my job to be the face of the movement, but I'm here to support in whatever way I can," Rauyer said.

Fikki said he hopes the momentum continues and the people who come out to march never stop.

"As the light continues to grow, I know that when another group starts to experience darkness we'll be able to be that light for them as well," Fikki said.