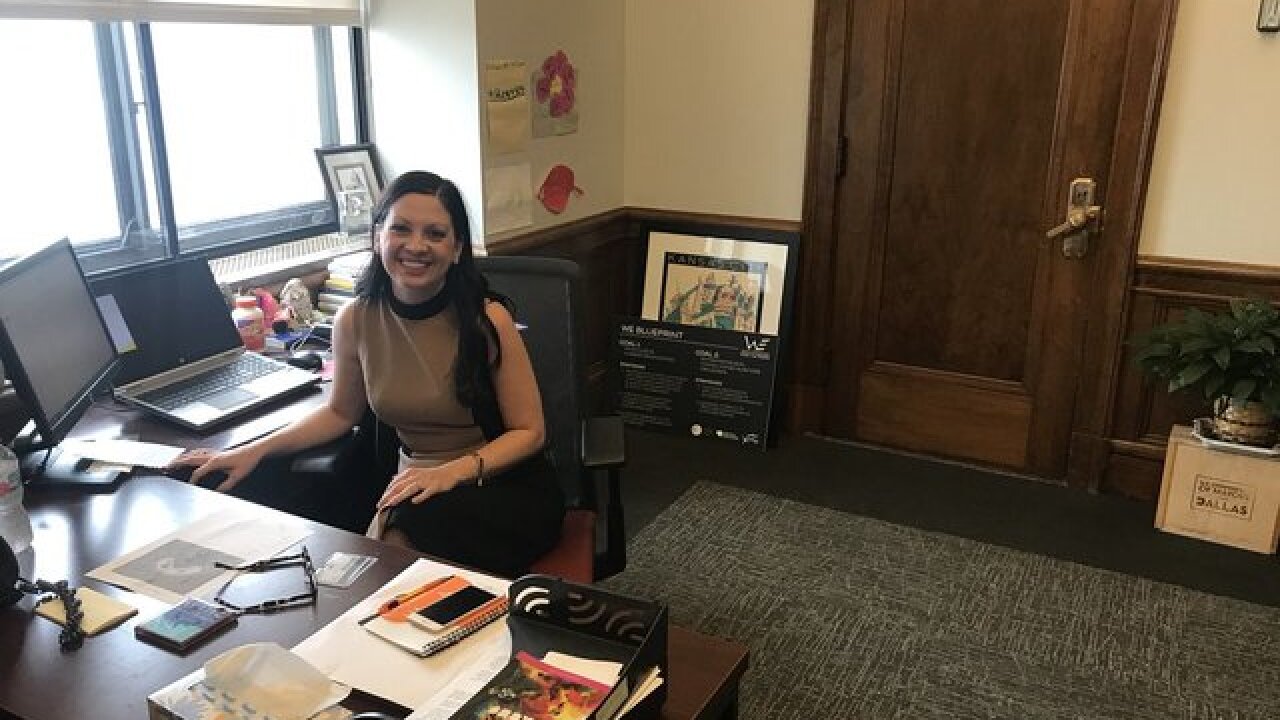 As part of the story, Dubill asked Wickham a series of questions about her job and of the balancing act of the job and being a mother.

Dubill: Did you dream of this job when you were younger?
Wickham: "I never really in any of my dreams thought about doing exactly this. I watched a lot of the news with my grandparents at night. We didn’t really have the resources to go out to movies or do things like that so a lot of my evenings were spent with my grandparents coloring  (and) watching the evening news so I was always intrigued by political communication just because that’s what I saw in front of me but never thought I would do anything like this."

Dubill: Hardest part of the job?
Wickham: "I think the hardest part about the job is knowing that we have an expiration date. There’s so many different things we could do for people in the community - a city as big as Kansas City is always going to have challenges and problems. Some problems pop up on a daily basis that you never could’ve even thought about the day before in situations like this you don’t know what you don’t know. So it’s kind of sad to think there’s an expiration date on being able to solve problems that positively impact people’s lives.

Dubill: Most rewarding part?
Wickham: "I think the most rewarding part is getting to work closely with a guy that I admire who has a lot of faith in the city. He has big bold ideas. And getting to work side by side with him to implement his agenda and to create a city full of momentum and opportunity for people no matter what their zip code is. And I feel good that I get to get up every day and work sometimes really long days away from my kid, physically, but always working to make sure the city that we’re leaving behind is a great city for her to grow up in and for her to maybe raise her children in one day."

Dubill: The mayor's term is up in 11 months, how does that make you feel?
Wickham: "It makes me feel a little bittersweet. There are amazing people who work here at City Hall. I am so lucky to have come in contact with some of the people you’ve seen today following me around. They’re really talented people. Their hearts are in the right place, they work really hard for the city. It’ll be sad not to see some of those people every day. I will not miss the pace. It has been hard-charging, sometimes seven days-a-week; Sometimes on holidays. I won’t miss the pace so much, but I’ll miss the people for sure."

Dubill: What do you want to do on your last day?
Wickham: "I would love to walk out of this office on July 31, 2019 knowing that we voters have approved a program to make sure more 4 year olds have access to quality pre-K."