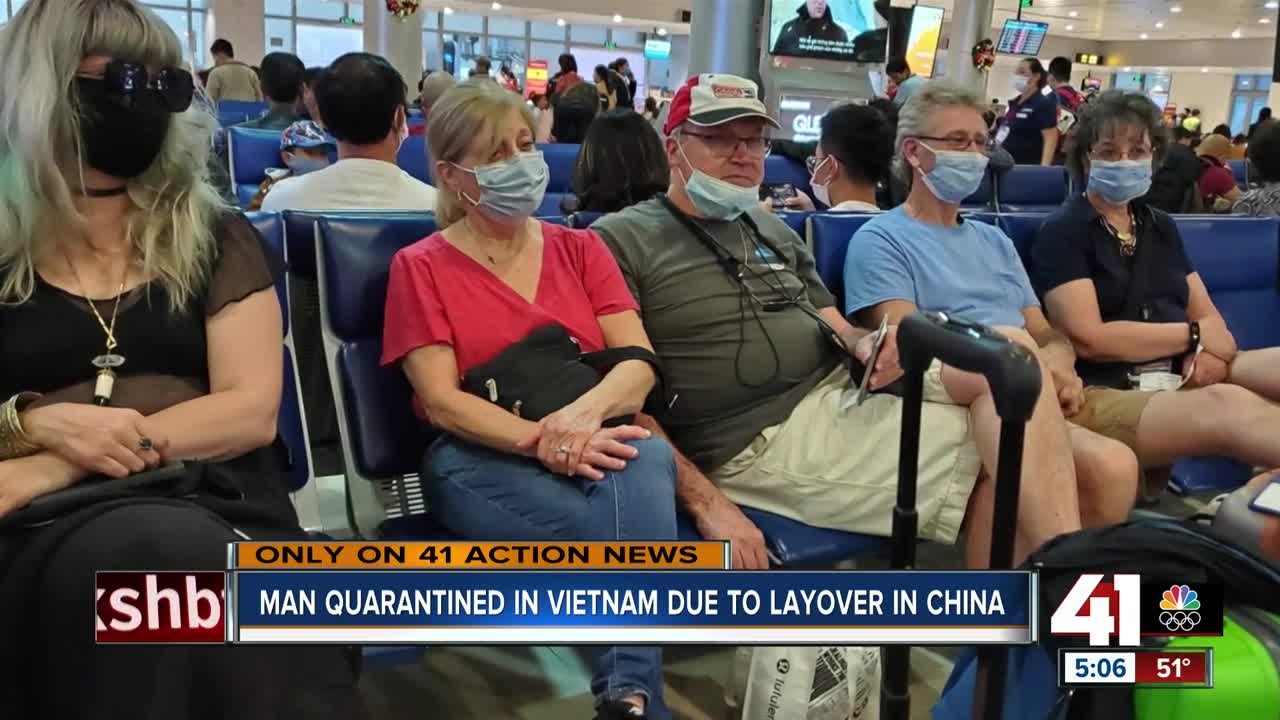 As the deadly Coronavirus outbreak grows overseas, it's also affecting some in the metro. Parkville resident Bill McIntosh booked a trip to Vietnam with about a dozen other people to watch the Chiefs in the Super Bowl. On his return trip through China, he had to be quarantined. 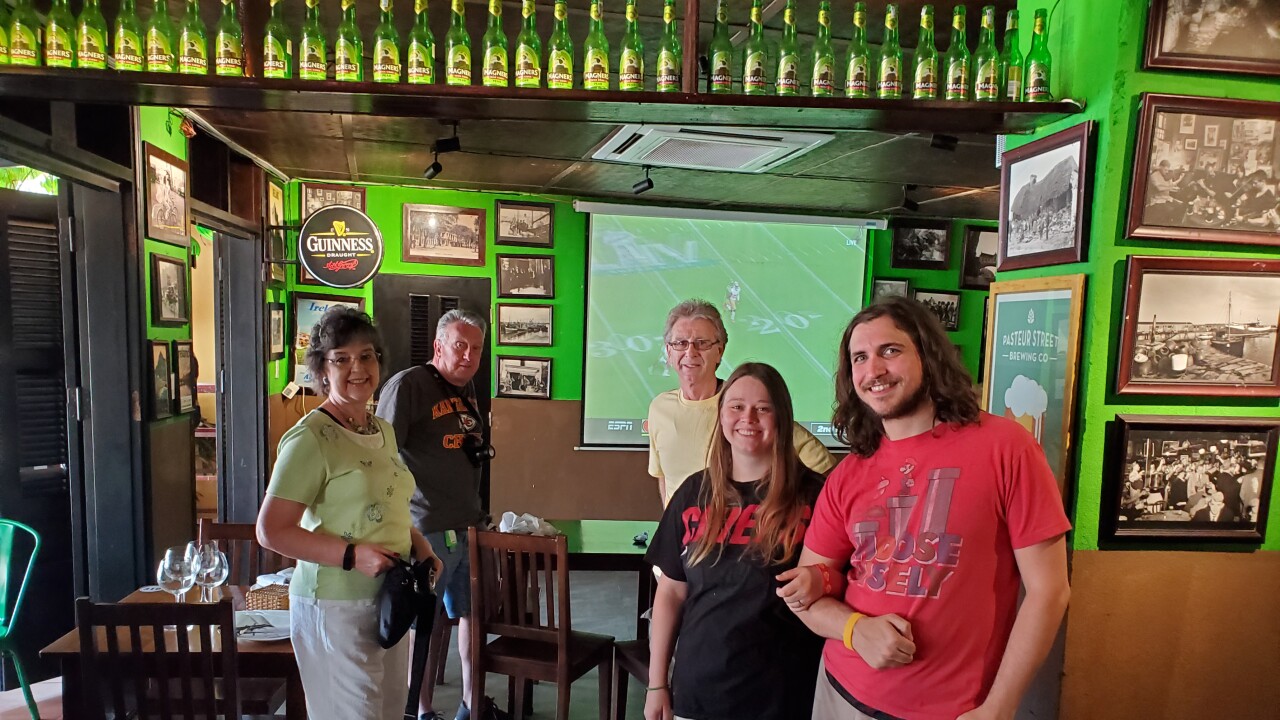 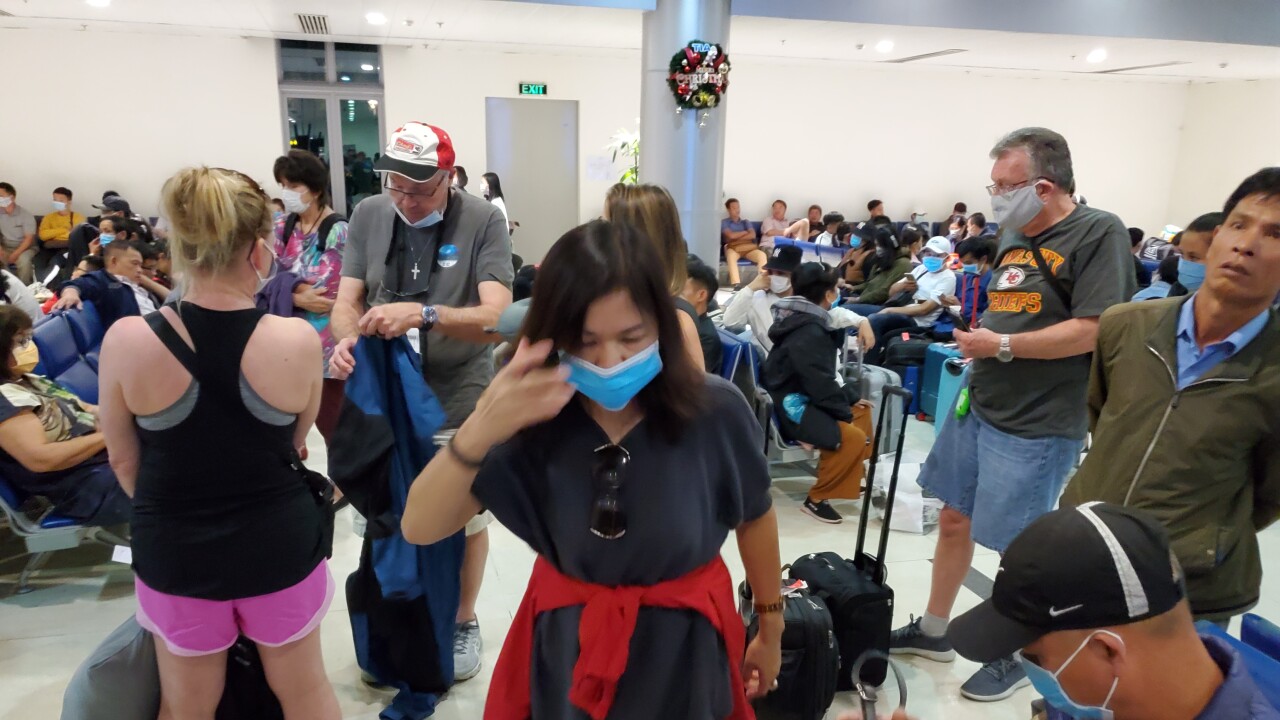 PARKVILLE, Mo. — As the deadly Coronavirus outbreak grows overseas, it's also affecting some in the metro.

Parkville resident Bill McIntosh booked a trip to Vietnam with about a dozen other people to watch the Chiefs in the Super Bowl.

McIntosh was in the country the last time the Chiefs played in the big game, and he listened to it while deployed during the Vietnam War.

The group had a great time watching the game in the country, as they found an Irish bar.

"They had two big screen TVs and we watched it there and watched it live, quite a night it was a lot of fun,” McIntosh said.

However, on the way out of the country, they had a three-hour layover in an airport in China. That was enough for officials to quarantine the group in Vietnam.

The group had to stay an extra six days in the country.

"There was concern,” McIntosh said. ”Everybody was wearing a mask.”

However, he didn't let this concern ruin his trip. The group made the most of it.

"We stayed at a five-star hotel, had a big ole bar up on top, with a pool, it wasn't like we was in misery," McIntosh said..

The Coronavirus is being closely monitored at the Kansas City Health Department, while they told 41 Action News there's no cases locally, they are preparing just in case.

"We're keeping track of it, because when you have a fire, you don't want it to spread to half the forest before you try to stop it,” said Dr. Rex Archer, director of the KCMO Health Department. “So you want to be able to pick it up early, but that means you got to be prepared and you almost have to be pre-deployed.”

The extended stay, and a few hundred dollars more than he anticipated won't deter McIntosh from returning to Vietnam.

After all, the Chiefs do win the Super Bowl when he visits.

“We'll, we won two of them while I was there, those are the only two we've won, haha," he said. "Maybe I'm a good luck charm in that way."