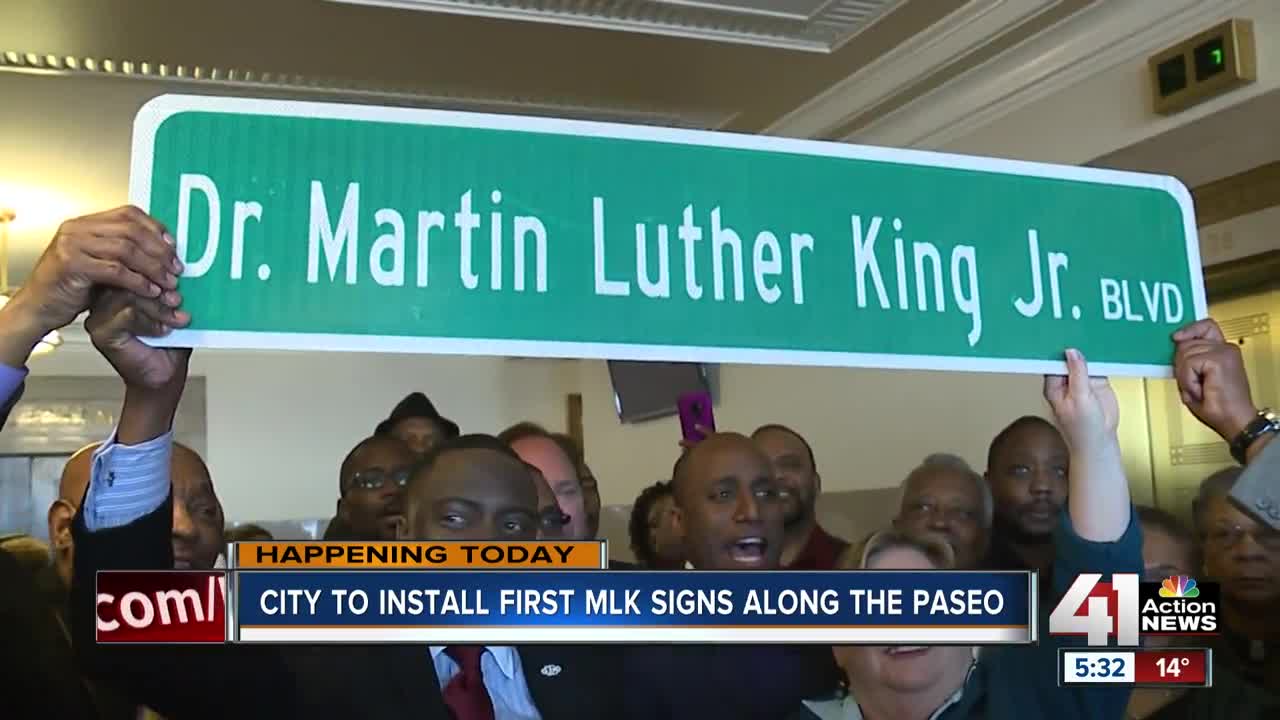 Kansas City, Missouri, will make history Monday when crews install the first street sign officially renaming The Paseo to Martin Luther King, Jr. Boulevard. The city was one of the United States’ largest cities without a road dedicated to King. Roughly 900 communities have a road named after King. The 50th anniversary of King’s death last year helped spark a movement to honor the civil rights leader in Kansas City. Last month, the city council voted to rename The Paseo. 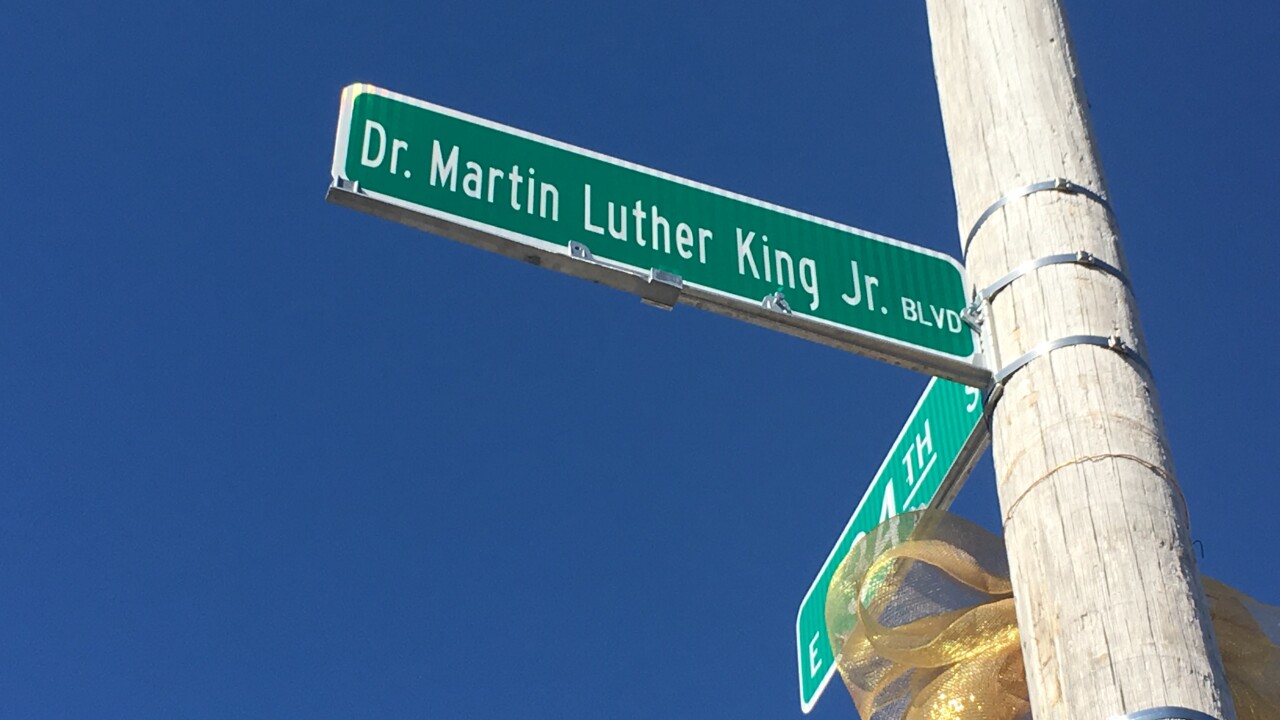 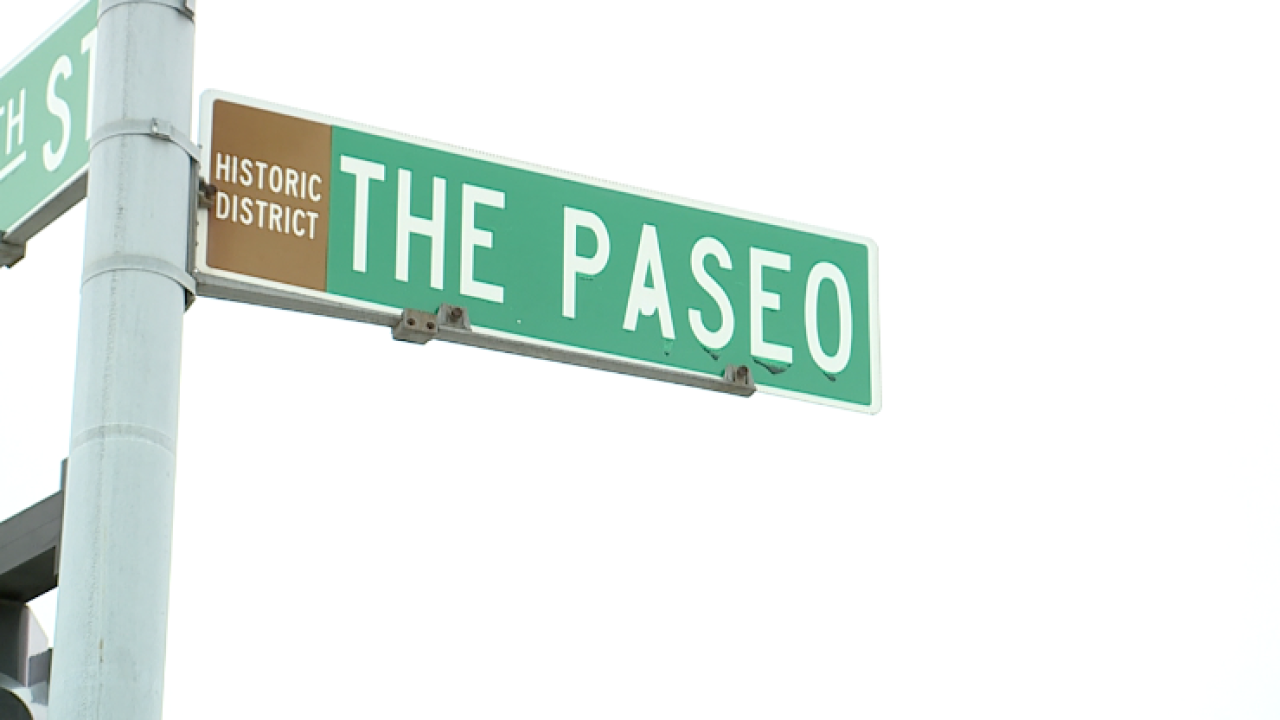 The city was one of the United States’ largest cities without a road dedicated to King. Roughly 900 communities have a road named after King.

Councilman Jermaine Reed supports the change. He will speak at a ceremony Monday morning marking the change.

“Today we will join those communities across this entire country. I hope folks will come and understand the importance of the day, how important it is for us as a city in Kansas City, so it certainly makes me Kansas City proud,” Reed said.

It is quite a process to take this idea from a city council meeting and turn it into a reality for drivers. Reed said city crews will install 202 street signs between now and mid-April.
By the end of July, crews will install another 19 signs on traffic signal arms and 2 LED lighted signs.

Reed knows some people think the city should’ve chosen a different street to rename. But he is hopeful the entire community gets on board with the change over time.

“It's something we have to embrace as a community, what does 50 years from now actually looks like in Kansas City, how do we show the nation and the world how Dr. King boulevards and streets should actually look like across the entire country,” he asked.

The United States Post Office told 41 Action News mail addressed to The Paseo will automatically be redirected to Martin Luther King, Jr. Boulevard after the change. So people and businesses along the street shouldn’t have any interruption in mail service.

The public is invited to a ceremony as the city installs and unveils the first street sign at 34th and Paseo at 10 a.m. Monday.