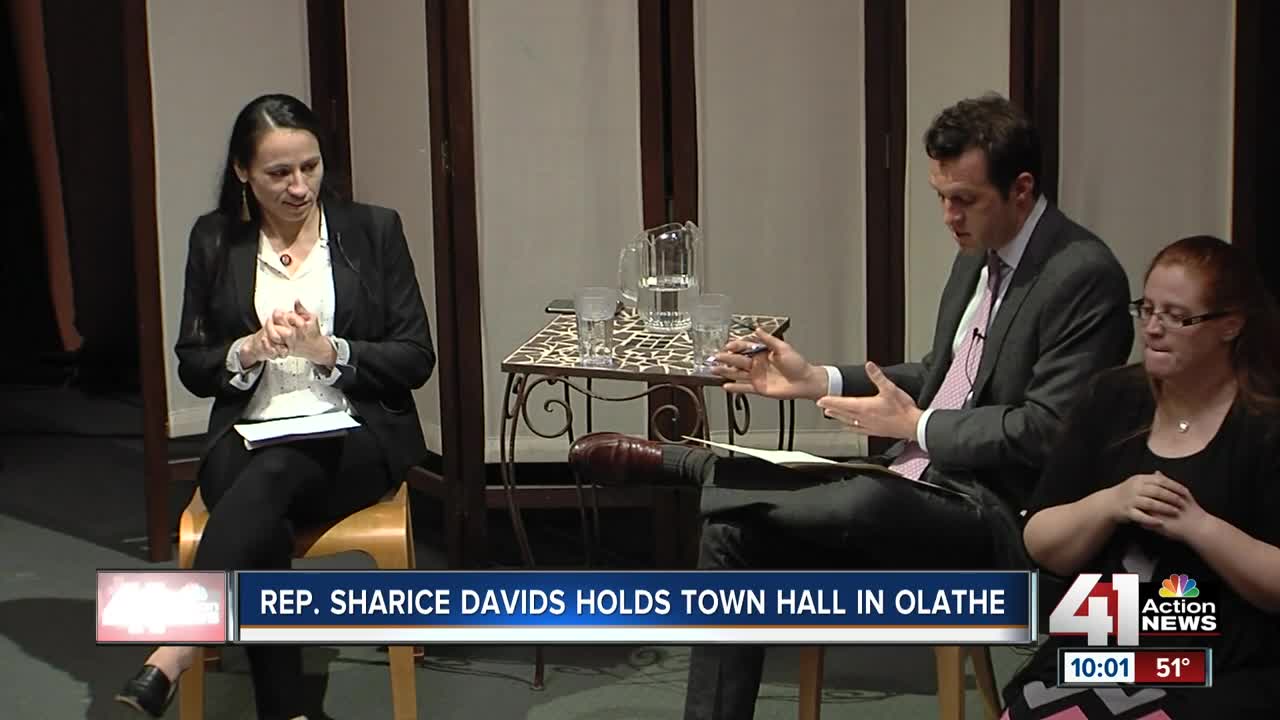 U.S. Representative Sharice Davids covered everything from healthcare to the Mueller report on Sunday at her first town hall since taking office earlier this year. 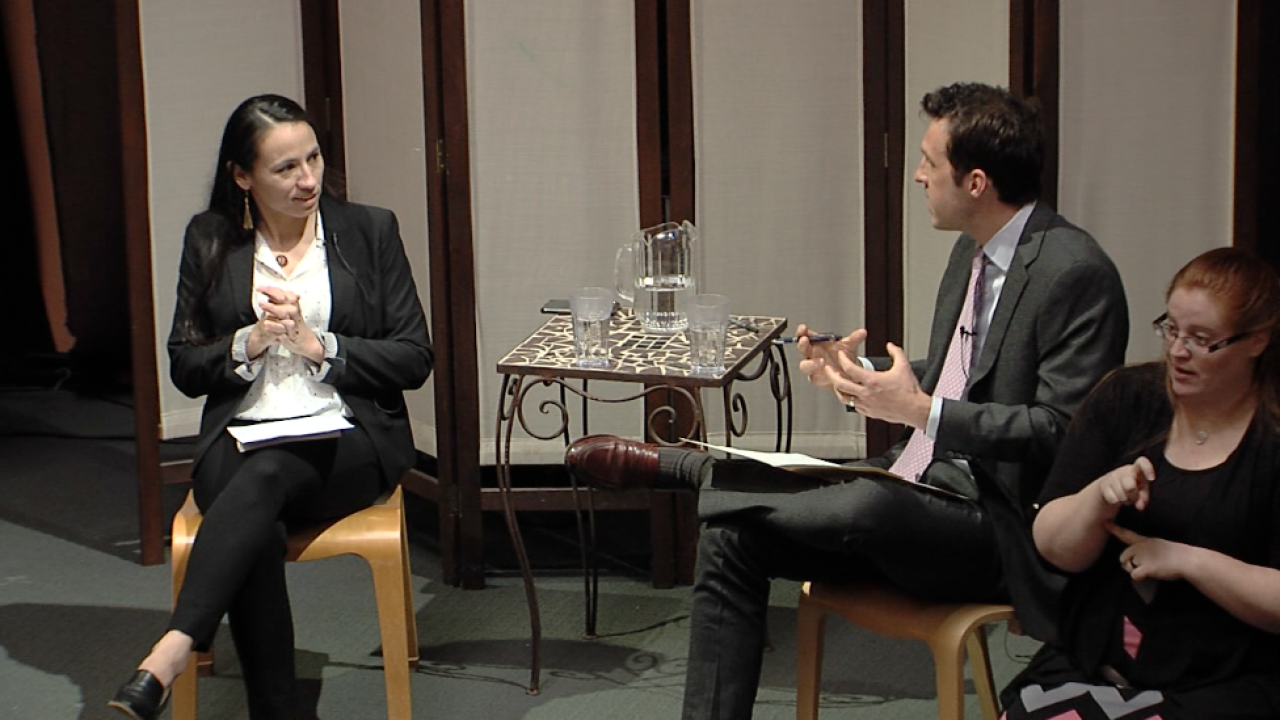 OLATHE, Kan. — U.S. Rep. Sharice Davids covered everything from healthcare to the Mueller Report on Sunday during her first town hall since taking office earlier this year.

Constituents in Kansas' 3rd Congressional District have not had the opportunity to attend such an event since August 2017, when former U.S. Rep. Kevin Yoder — who Davids beat in a November election — last participated in a town hall.

Much of Sunday's conversation, which was moderated by the Shawnee Mission Post's Jay Senter at Saint Andrew Christian Church in Olathe, Kansas, focused on healthcare.

While Davids supports reform, she stopped short of endorsing a single-payer option.

"I am really focused on making sure that I'm working on policies or working on pieces of legislation that we can get bipartisan support on, that we can move forward on right now," Davids said when asked about a single-payer healthcare system.

The freshman representative also wouldn't commit to "Medicare for all," specifically the bill sponsored by U.S. Rep. Pramila Jayapal of Washington.

"I haven't read the entire bill ... so I think it would be irresponsible for me to say yes — for sure, I will vote yes on it — without having done the diligence," Davids said.

Supporters of the plan saw the response as a cop-out.

"I feel as though she is still trying to play too much to the middle," Angelica Wilcox said. "I understand there are many more Republicans and conservative people in this area, but at the same time Medicare for all shouldn't be a partisan issue that much."

Conservatives in the crowd appreciated Davids' healthcare response but booed when she said building a wall is not the solution for border security.

"It was pretty much the same liberal, leftist rhetoric we hear consistently through the media, the mainstream media," said Maurine McLellan, who lives in Stilwell, Kansas.

Davids, who was appointed to the House Transportation and Infrastructure Committee, believes infrastructure is a key area in which that Democrats and Republicans can find common ground.

"It's not just about driving economy," she said. "It's about our safety,"

Davids cited recent flooding along the Missouri River as an example of the need to make infrastructure a safety priority. She also believes efforts to curb climate change will be included in future infrastructure packages.

However, Davids said she would not sign the Green New Deal because of "specific policies" she does not support.

Asked about Special Counsel Robert Mueller's findings related to possible collusion involving the Trump campaign and Russia, Davids said she had not yet read the document.

"The only thing I can say for sure is that I do think that the report needs to be made fully public — not just the summary, but the entire full report," she said.

While Davids' constituents may see the issues differently, they agreed that holding town halls is a good thing.

"They need to keep contact with the people they're supposed to be representing," McLellan said.

Wilcox agreed, "I really hope that she'll continue to have more in other areas, especially in Wyandotte County where more people of color live."