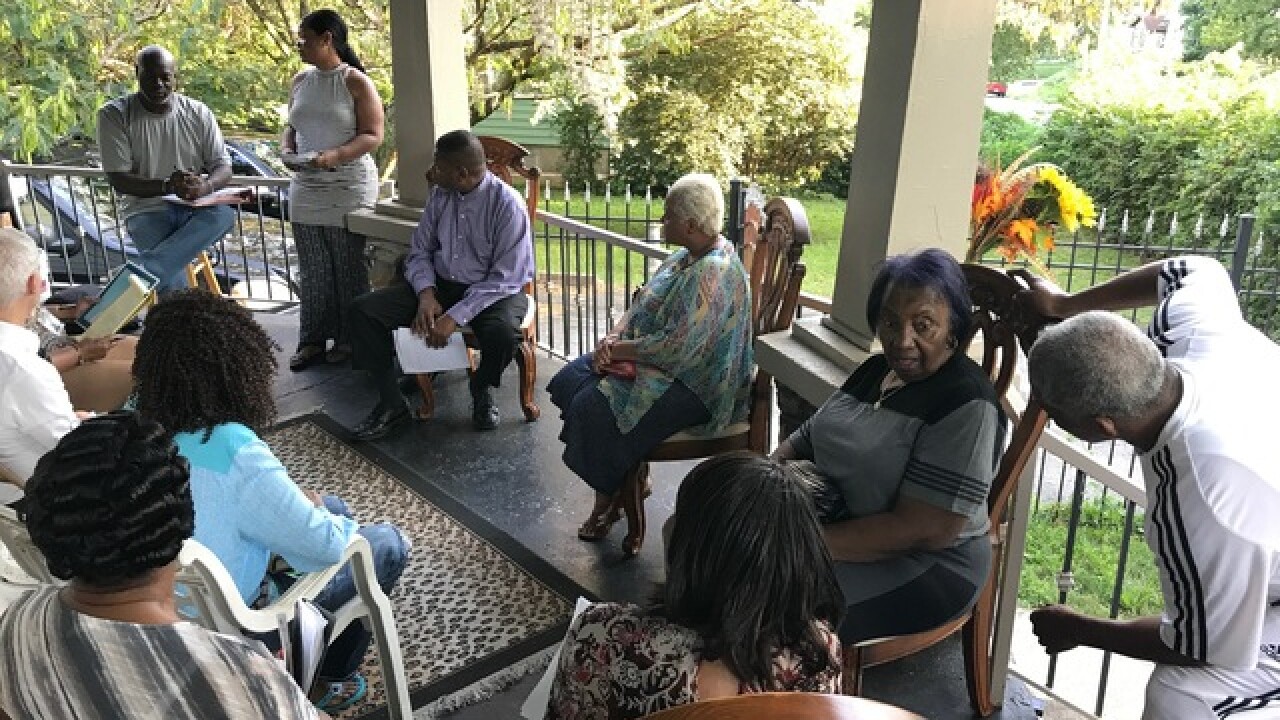 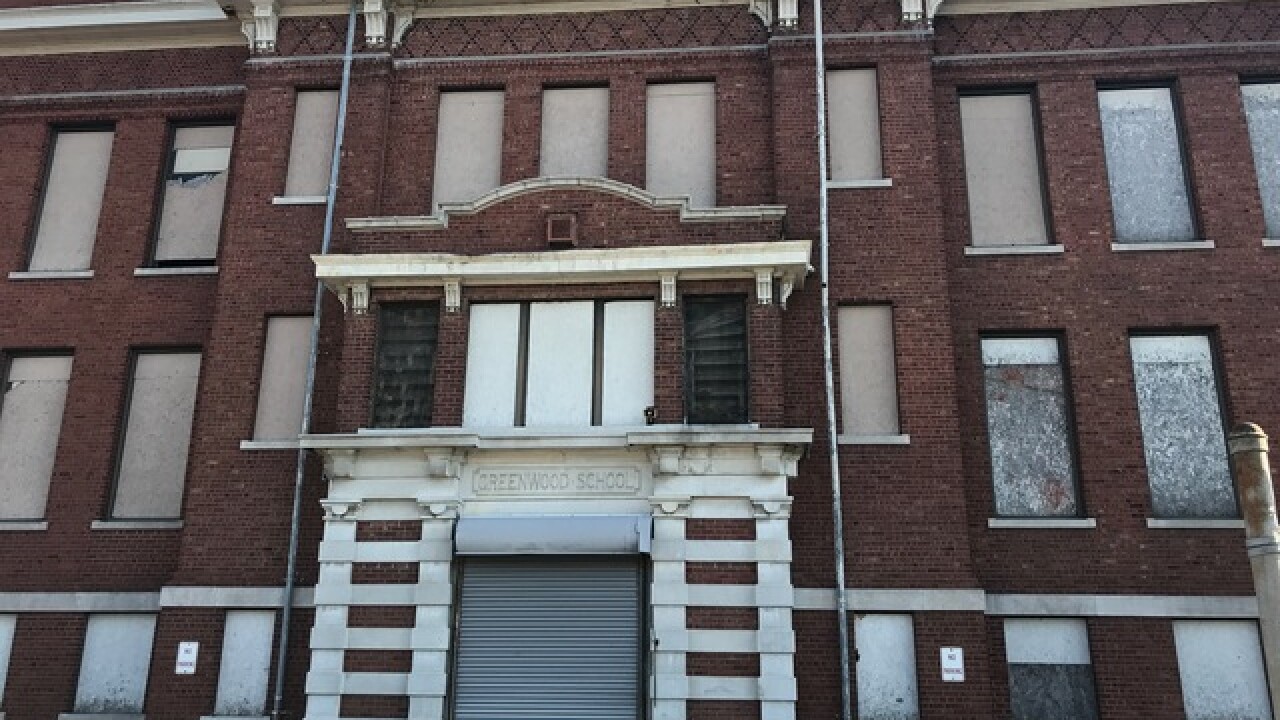 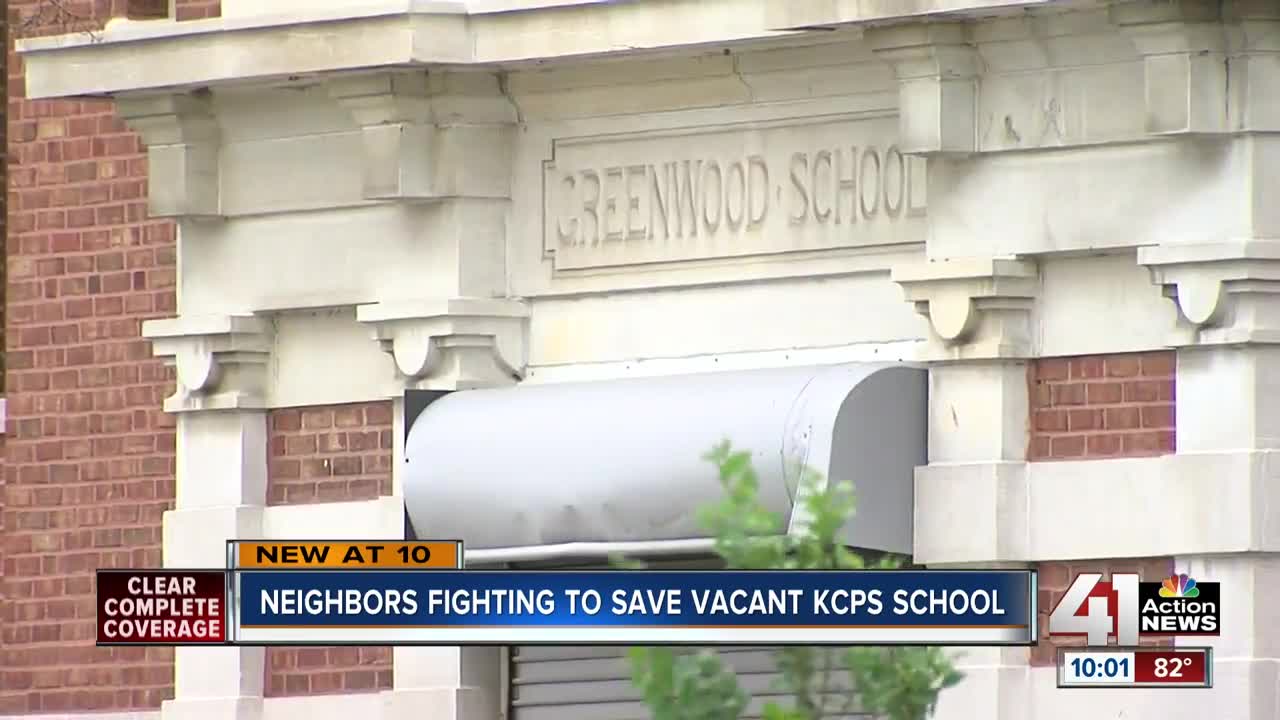 KANSAS CITY, Mo. — It's been empty for more than two decades, but instead of tearing down an old school, neighbors want to save it.

People who live in the South Round Top neighborhood gathered around Friday evening for an emergency meeting to save Greenwood Elementary.

"All my children, grandchildren, some of my great-grandchildren went there," said Mary Warren, who has lived in the neighborhood for 63 years.

The building, which has a system of underground tunnels has sat vacant at 27th and Cleveland, since 1997.

In those years it's been exposed to vandalism and the weather.

"The roof is in need of severe repair, but it's not severe to the point the entire building is worthless," Irving Graham, president of the South Round Top neighborhood association told 41 Action News

Which is why Graham sought help from UMKC's Center for Neighborhoods

"We believe that this neighborhood deserves a chance," said Jacob Wagner, UMKC associate professor in architecture, urban planning and design and is with the Center for Neighborhoods.

A KCPS spokesperson provided a statement regarding Greenwood Elementary and a timeline:

"In 2015, South Round Top Neighborhood Association and Historic East Neighborhood Coalition requested KCPS demolish the Greenwood School. KCPS proceeded with this request, identifying funds, completing an environmental assessment and bidding out the demolition/abatement work. As KCPS prepared to approve the demolition contract in June 2018, South Round Top reversed its original request for demolition. KCPS delayed action on the contract for one month providing an opportunity to submit a viable reuse proposal in accordance with Repurposing proposal guidelines.

Without a viable reuse proposal, KCPS moved forward and approved the demolition contract in July in order to address safety and blight concerns, many of which were reinforced by Greenwood’s adjacent residents."

"We as a neighborhood association want to see an outreach program, we want to see the building become a fine arts and cultural enrichment center," Graham said.

Now with two months to go before Greenwood Elementary is pulverized residents are rallying support for another delay.

"I think that the timing is right to actually reconsider this decision and say 'Do we really want to do this?' Because once you demolish it's gone," Wagner said.

Graham and Wagner said they do plan to set up a meeting with KCPS superintendent Dr. Mark Bedell this upcoming week.