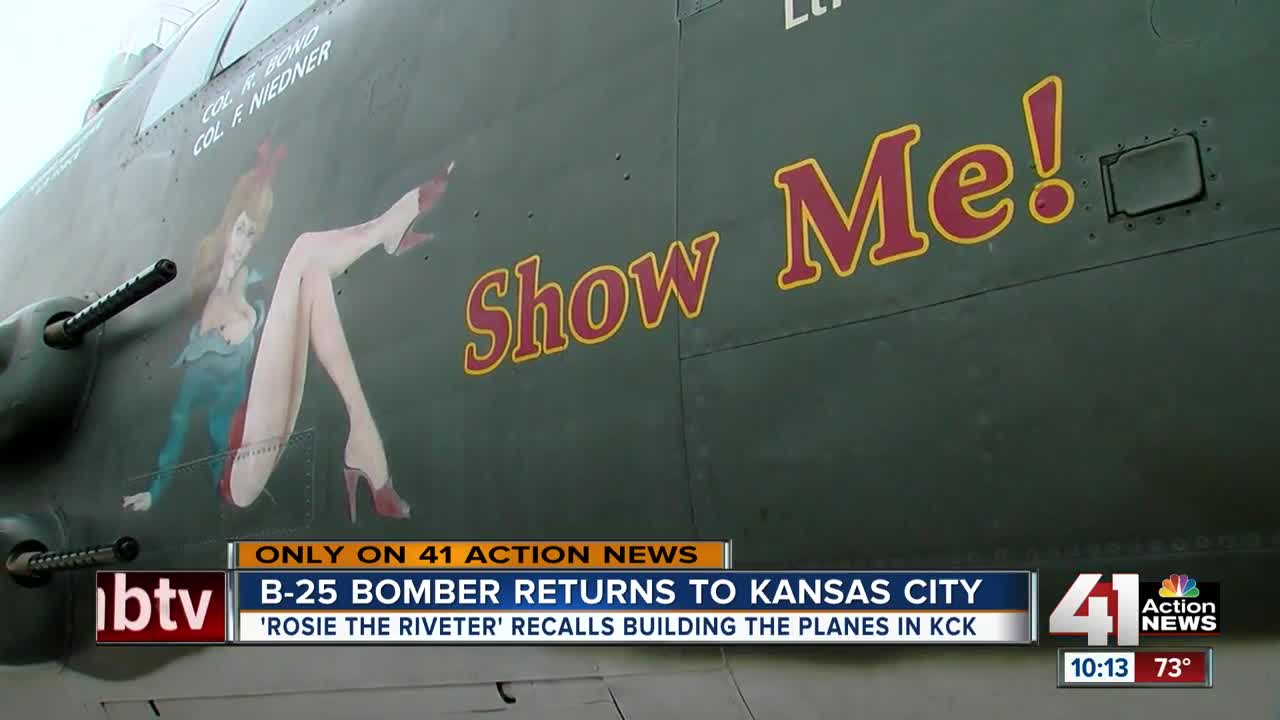 One of the Kansas City area women, Mary Lou White, who helped build the B-25 in 1944 in the Fairfax District of Kansas City, Kansas, was reunited with World War II-era place Friday evening. 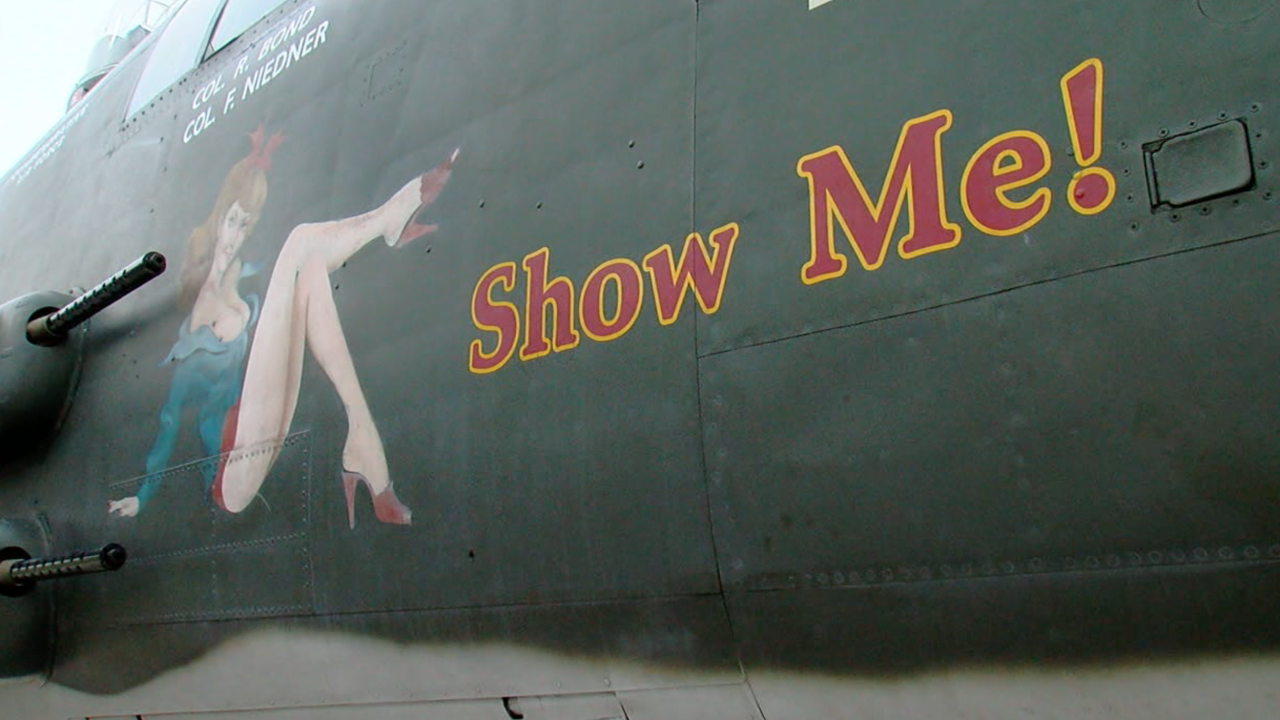 KANSAS CITY, Mo. — One of the Kansas City area women, Mary Lou White, who helped build the B-25 in 1944 in the Fairfax District of Kansas City, Kansas, was reunited with World War II-era place Friday evening.

White is among the thousands of women known as “Rosie the Riveter” for the role they played in working in factories in support of the war effort as Allied forces battled German aggression in Europe.

The “Show Me” B-25 is in town for the Kansas City Air Show, which takes place this weekend at the Charles B. Wheeler Downtown Airport.

White soldered electrical panels for B-25s at the North American Aviation Plant. She got to see one of the planes during the 2012 KC Air Show, but it never fails to bring her joy.

The plane’s crew was just as thrilled to meet White and take pictures with a real-life “Rosie the Riveter.”

“Every time we get to see her and see her smiling face and her excitement to see the aircraft, first thing she had to do was come over and touch it,” B-25 pilot John Fester said.

The “Show Me” B-25, which features an all-volunteer crew, is based in St. Louis.

For information on pricing and availability of flights in the “Show Me” B-25 this weekend, speak with crew members at the KC Air Show.