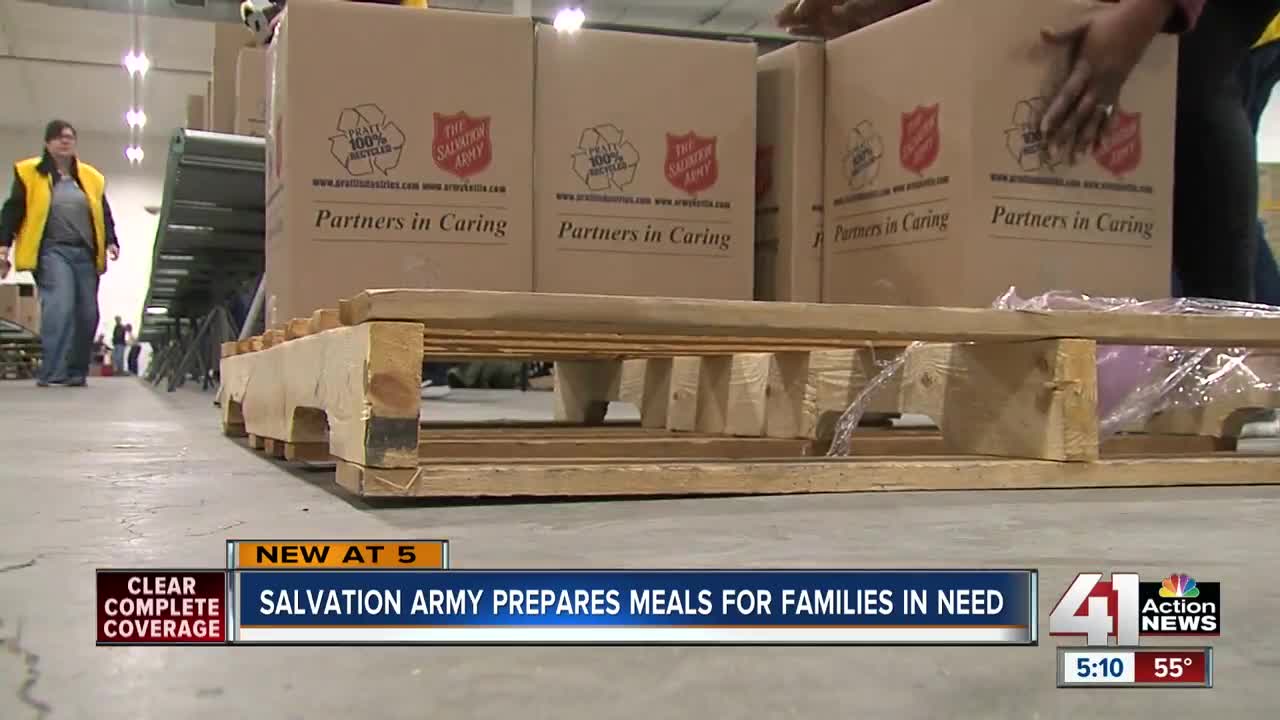 More than 150 volunteers helped the Salvation Army in Kansas City, Missouri, put together boxes of food on Saturday that will go to families who need a little extra help this Christmas. 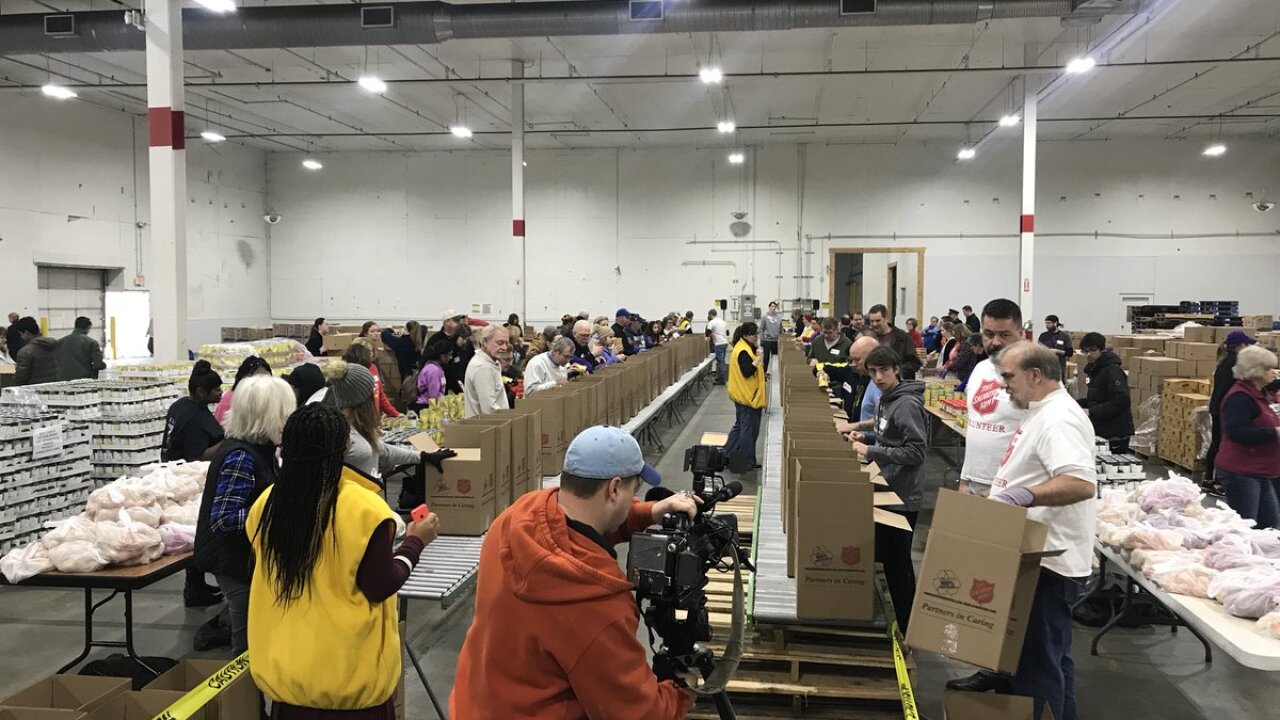 KANSAS CITY, Mo. — On Saturday, more than 150 volunteers came together to help the Salvation Army in Kansas City, Missouri.

Volunteers put together more than 4,500 boxes to be filled with food that will go to families who need a little extra help this Christmas.

"We have potatoes this week that were given, we've got staples, a ham will be a part of this and all the things that make a Christmas dinner," said Major David Harvey, divisional commander for the Kansas City Salvation Army.

To make the boxes happen, the Salvation Army needed the help of their volunteers. Some were volunteering for the first time, but others, like Dave Hadley, had volunteered before.

It was Hadley's 22nd year helping with the meal kits. He said a lot has changed since the first time he helped with the boxes.

"Drastically different. Before, we were probably doing less than 2,000 boxes, now we do upwards of 5,000," Hadley said.

Organizers said the daylong process has become a well-oiled machine. Volunteers start by making the boxes, while others put potatoes in a bag. Then, the box goes off to an assembly line to be stuffed.

Volunteers said they're glad they can help.

"There is a lot of people in this city and in the metro area that can't afford and just don't have the resources to have much less a holiday dinner, but really just to eat, period," Hadley said.

Families will be gifted the meal kits when they come to pick up toys they have asked the Salvation Army to help purchase for their children.

"The food is really a shock to them because they were signed up for the toys. So the food is a great blessing that they know they are going to have now as a family," Harvey said. "They can invite other family members to come and be normal."