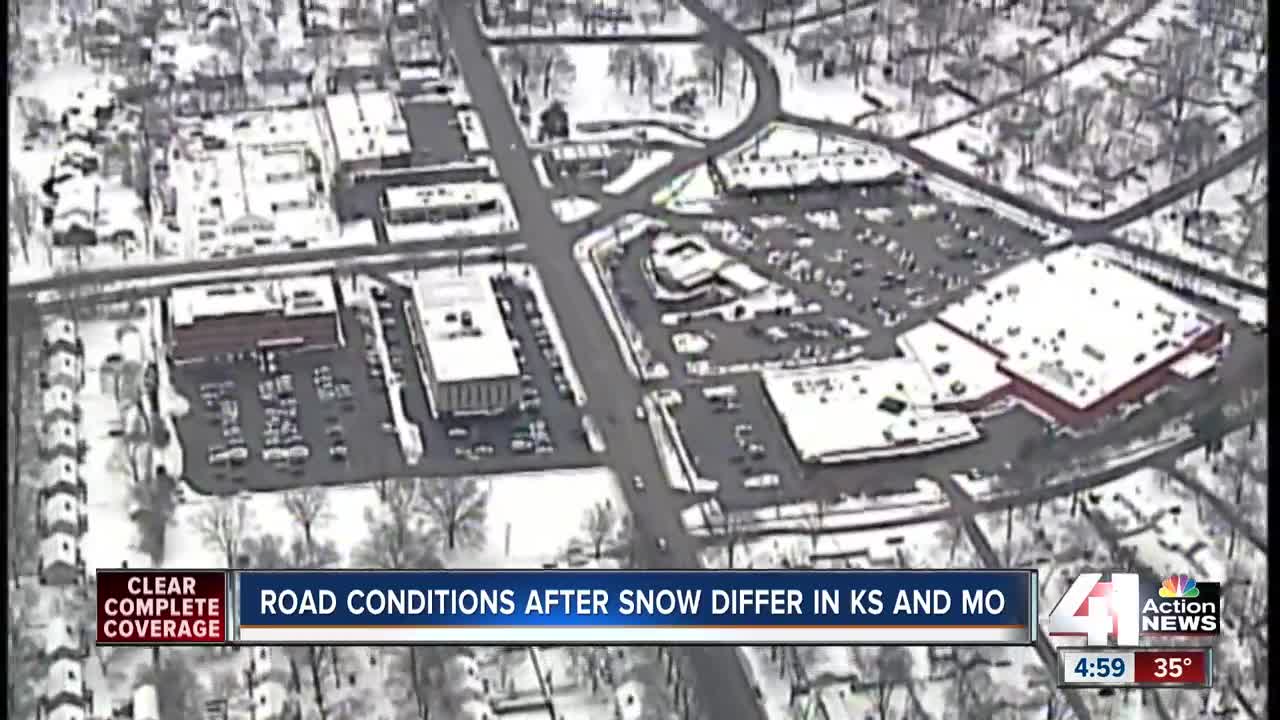 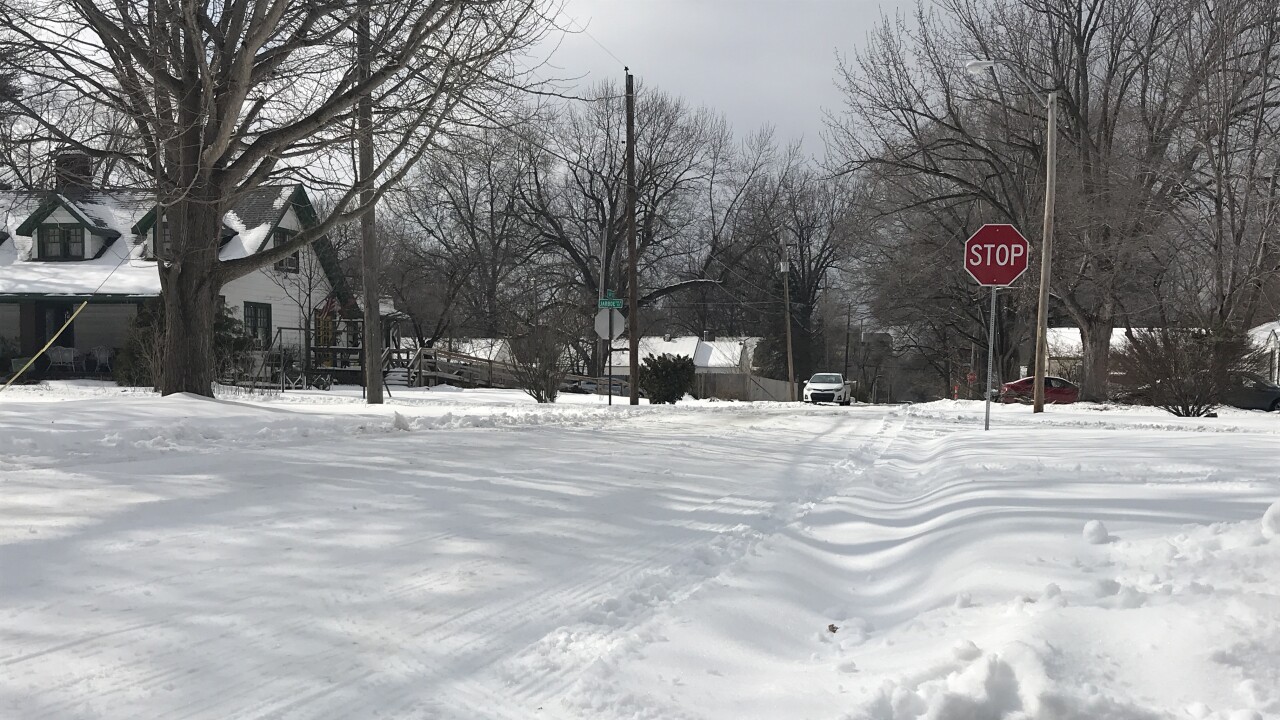 KANSAS CITY, Mo. — As the kids enjoy a fresh round of snow (and yet another day off school), Amanda Trout knows the streets in her West Waldo neighborhood will remain snow-covered for a while.

"It tends to be the side streets tend to be a bit more treacherous, even for days after the main roads are OK," Trout said.

Trout knows that city crews are hard at work, but that doesn't stop her from making an oft-repeated observation: "As soon as I go over into the Kansas side, even the side streets are just well tended. Salt or plows have gone down there."

"They’re different cities," said Meg Ralph, a spokesperson for the city of Overland Park. "Every city has its own plowing challenge. We aren’t without challenges here in Overland Park, but we feel with the training and with the communication we have with residents we handle it pretty well.

Overland Park also has only 2,000 lane miles of roads to manage compared with 6,400 lane miles in Kansas City, Missouri.

"That’s like plowing a street from Boston to San Francisco and back for every single storm," KCMO spokesperson Chris Hernandez said.

Hernandez elaborated on other factors that complicate simple comparisons between KCMO and its neighboring cities, especially those across the state line in Johnson County, Kansas.

Hernandez said KCMO is also dealing with a staffing shortage.

"We are quite literally stretched," he said. "We have 30 openings in public works right now and those are the folks who do maintenance and equipment operations, so they kind of switch back and forth between doing potholes, plowing and some other duties."

There are several ways residents can help the city be more efficient clearing streets, starting with parking one side of the street whenever there's a snow storm.

"Because we have smaller streets and so many park in the streets, we cannot go down most of the neighborhood streets with the big dump trucks that have the wider blade and more power to move that snow out of the way," Hernandez said.

KCMO Public Works crews started plowing residential street Wednesday and will continue to focus on those street Thursday, while beginning to respond to slick calls from 311 complaints.

Some crews also will switch Thursday from plow trucks back to pothole-repair duty as the winter of our discontent continues.