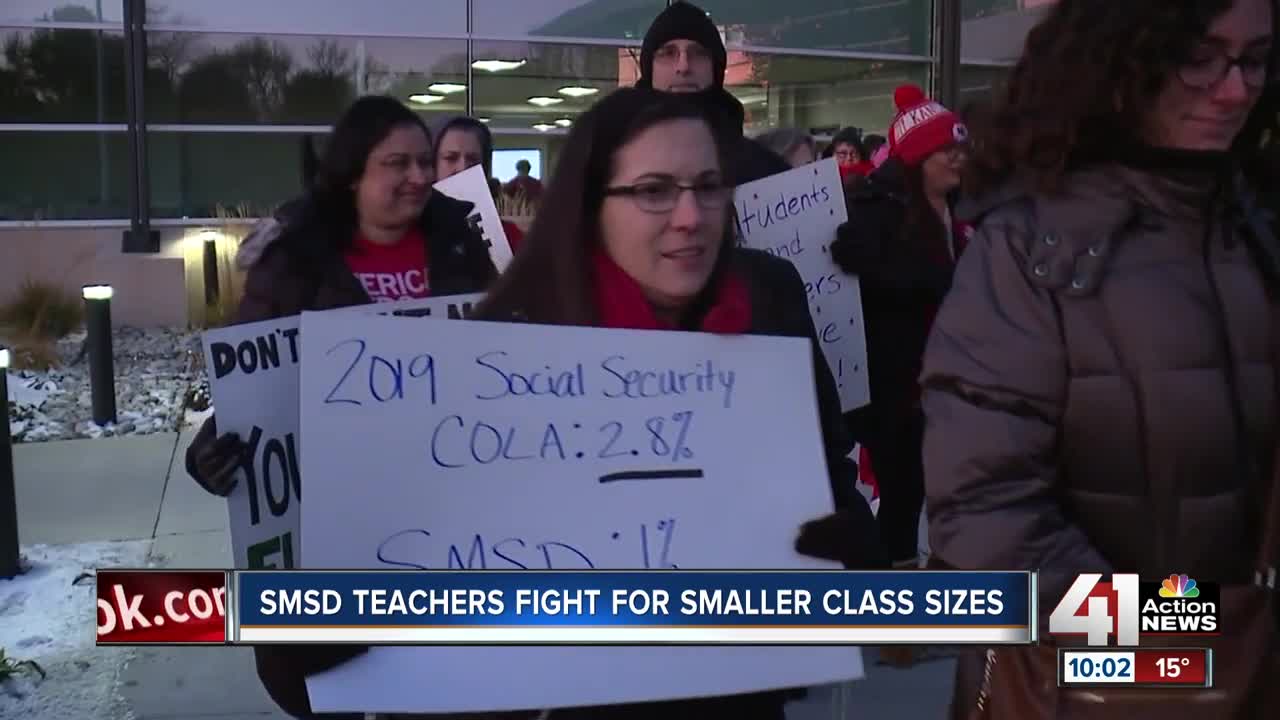 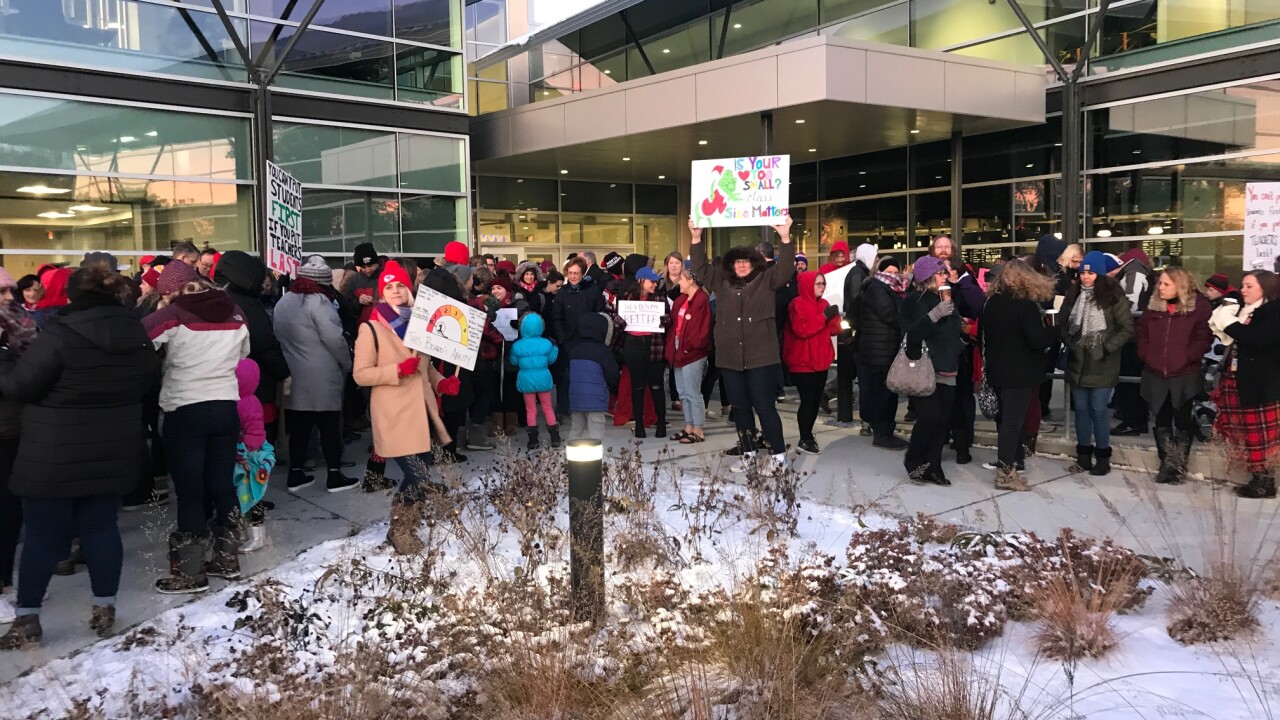 They showed up wearing red in solidarity to tell leaders a new contract needs to come quick. All of them have been working under their old contract since July.

"It’s important for the board to hear the voice of the teacher," Linda Sieck, president of NEA Shawnee Mission told 41 Action News.

The union said the key issue at stake is class size.

"The district believes they don’t have the money to reduce class size and reduce class load,” Sieck said. “We believe it all comes down to how the board chooses how to allocate that money.”

However, the district believes a long-term solution is the answer to the teachers' short-term concerns.

"We need to design backwards from that to say where do we put our resources to make sure that we get there?” David A. Smith, chief communications officer for the Shawnee Mission School District, said. “Class size will be part of that conversation. Teacher load will be part of the conversation, but we can’t do it absent of the strategic plan.”

In a packed board room, Superintendent Dr. Mike Fulton gave an update on that plan.

It was followed by public comment from teachers who laid out their current struggles in the classroom.

"There is virtually no way we can develop and implement and manage personalized learning plans with that many young people in our classrooms," Susan Cunningham, a Briarwood Elementary School teacher, said.

Robert Oliver, who teaches at Shawnee Mission North High School, said teaching vacancies go unfilled, “yet we start talking about long-term solutions to places that we can’t even provide teachers.”

Other educators told the board of their challenges outside of school because of the lack a new contract.

"You are looking at numbers,” Jennifer Danaher, a Christa McAuliffe Elementary School teacher, said. “It’s time you look at the people who are affected by your decisions.”

Parents at the meeting backed those frustrations.

"You are the boss,” said Tyler French, a parent. “You’ve got the decision-making power. You could settle this tomorrow. You got the money. Why don’t you give them the contract? The fact that it’s taken this long, [School Board] President [Brad] Stratton, is frankly disgusting.”

At the end of public comment, Stratton said the board would like to see quick resolution, but are bound by law.

The next step is a process called "fact-finding."

When both sides present their case to a third-party who serves as an arbitrator, that person will come up with a ruling and make recommendations.

After that, both sides can return to the negotiation table.

The date for that process has not yet been set, but the hope is that it will occur before the end of the year.