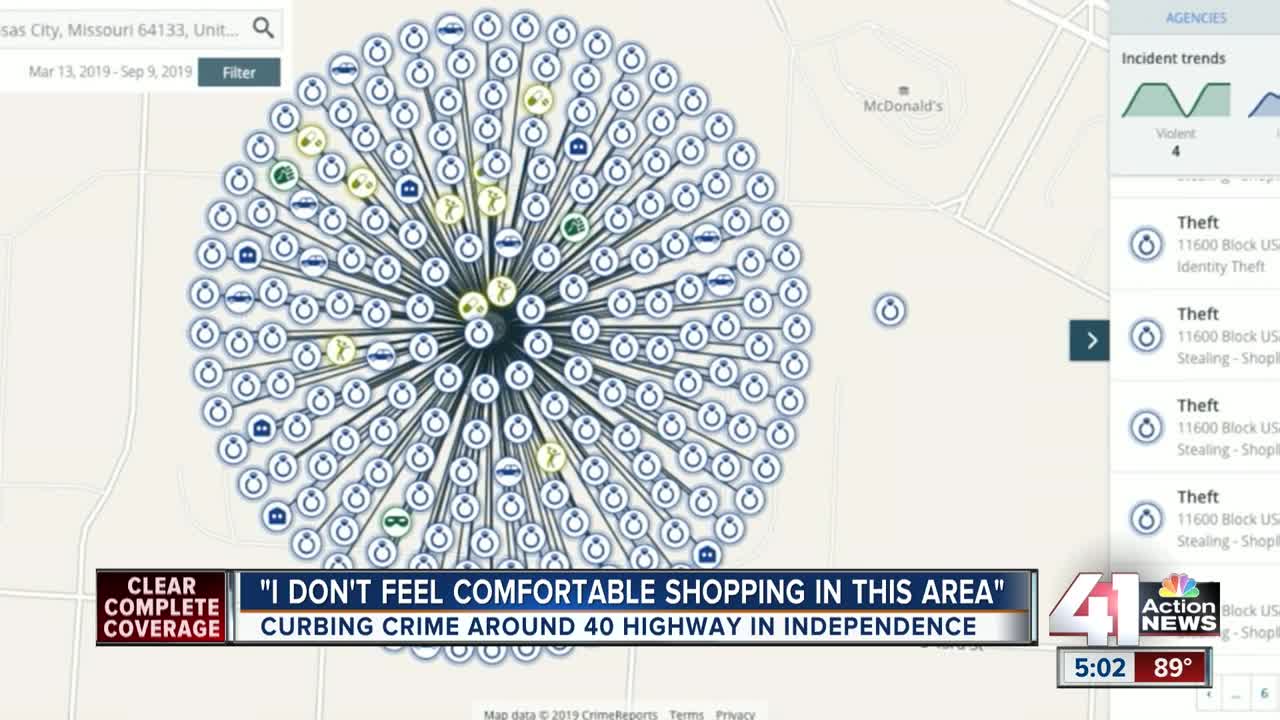 Jackson County is looking at ways to curb crime in shopping areas where crimes are common. 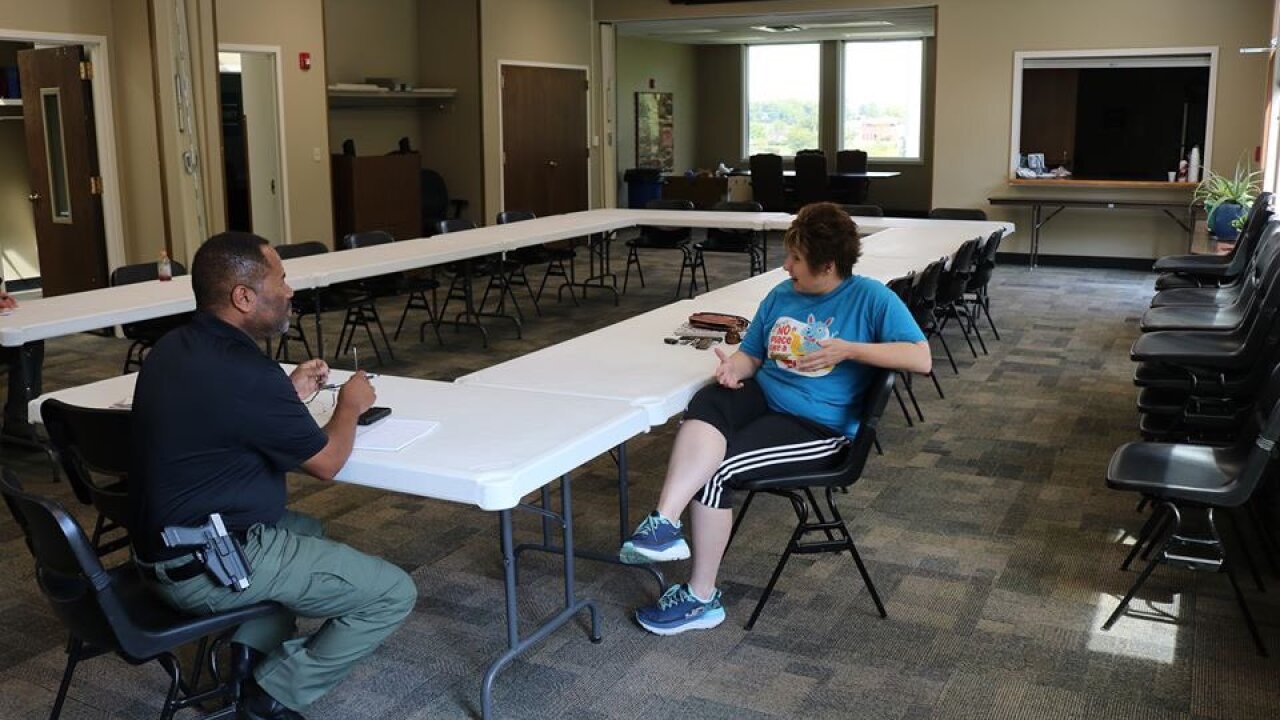 KANSAS CITY, Mo. — The Jackson County Sheriff's Office is calling on community members, business owners and local law enforcement agencies to work together to reduce crime near the Walmart on U.S. 40 Highway.

Sheriff Darryl Forte' held a public meeting Sunday to invite residents to share their concerns about crime and safety in the area.

According to the Kansas City Police Department's online crime report map, the area immediately around Walmart has had more than 250 reported crimes, most of them being thefts.

Independence resident Laura Dominik was one of the people who attended Sunday's meeting with Sheriff Forte'. She has lived in the area for about 20 years and has only shopped at the Walmart twice.

"I don't feel comfortable shopping in this area," Dominik said. "I know a lot of friends who won't shop in this area, which is unfortunate for the businesses because that's lost revenue for them."

She noticed an increase in crime when the Blue Ridge Mall was taken down and the Walmart and other nearby businesses were built.

"There's also been another issue over here near the I-70 and Sterling exit with panhandlers and the trash that gets left behind when they're there," Dominik said.

Deputy Lavanden Darks, Jackson County Sheriff's Office Public Information Officer, said Sheriff Forte' plans to reach out to the Kansas City Police Department and the Independence Police Department to work on addressing the issues and coming up with a solution.

"It's going to take all of us," Deputy Darks said. "This isn't like a one-agency deal where we have the fix to it all."

Deputy Darks said public input from residents and businesses is important to Sheriff Forte' during this process.

Dominik hopes more people, including elected officials, will bring ideas to the table on how to solve the issue.

"I think that when you bring attention to a subject like this it increases awareness of the issue and gets more people involved," Dominik said.

Sheriff Forte' is having a second public meeting Saturday, Sept. 14, at 9:30 a.m. at the Jackson County Sheriff's Office.