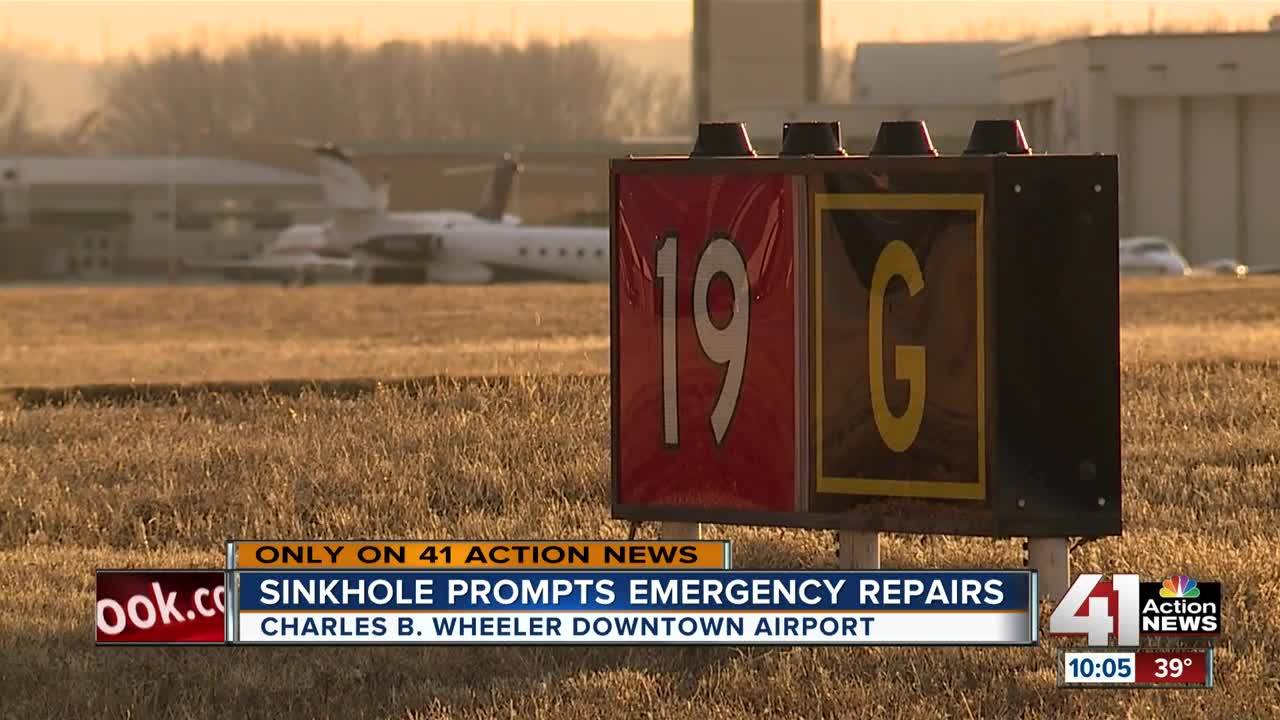 The Charles B. Wheeler Downtown Airport's role as a hub for corporate and recreational fliers might be threatened if the Missouri River continues to rage after a year of historical flooding. 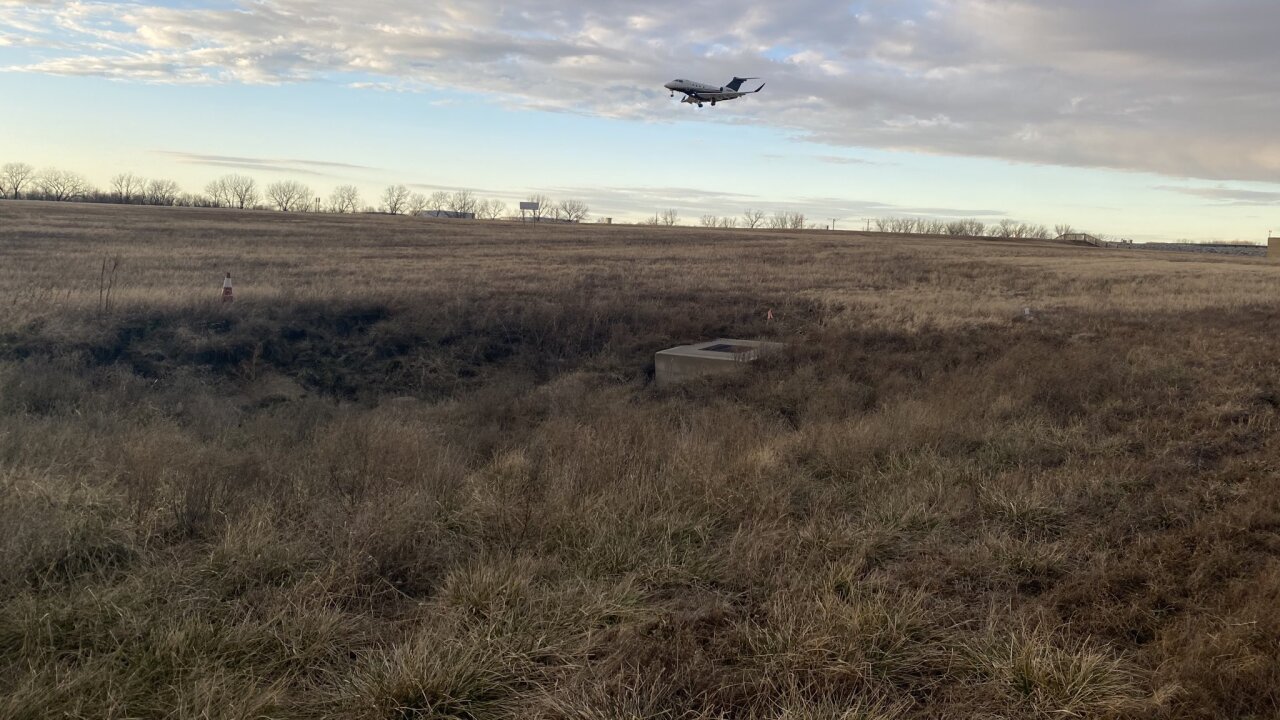 KANSAS CITY, Mo. — The Charles B. Wheeler Downtown Airport is no longer Kansas City’s primary travel hub, but it remains more than a historical relic on the north banks of the Missouri River through its use as a hub for corporate and recreational fliers. However, even that role might be threatened if the river continues to rage after a year of historical flooding.

There is a growing sinkhole on the north side of the airport, roughly 400 feet from the main runway centerline. Mike Waller, senior planner at the Kansas City Aviation Department, said that if the sinkhole becomes too large, it could “encroach in our runway safety area.”

The sinkhole is one of 14 that developed after the wet spring of 2019, which brought flooding to the area.

"We sit primarily on a lot of sand,” Waller said, “so when we get floods or water inundates this area, what happens is the ground beneath us will move and flow.”

The wet weather created one sinkhole on Lou Holland Drive, which resulted in a road closure. Another sinkhole threatened the structural integrity of an aircraft parking apron and forced crews to cut off natural gas service to the west side of the airport.

The Kansas City Aviation Department has since repaired four sinkholes, and is looking to make an emergency repair to the sinkhole on the north side of the airport near the main runway.

If the sinkhole continues to grow without being repaired and passes the runway safety area, the airport would, according to Waller, potentially have to close the main runway. Charles B. Wheeler is the fourth busiest airport in the state.

The Kansas City Aviation Department considers the repair an emergency and has selected Ideker Inc. to perform the work.

But before Ideker can start repairs and fill the sinkhole, the Kansas City Council must approve funding for the repairs. The council's transportation committee voted to authorize an $800,000 increase to the contingency for the repairs on Wednesday. The money is coming from the Aviation Department's fund.

The full council could consider the funding at its regular meeting on Thursday.