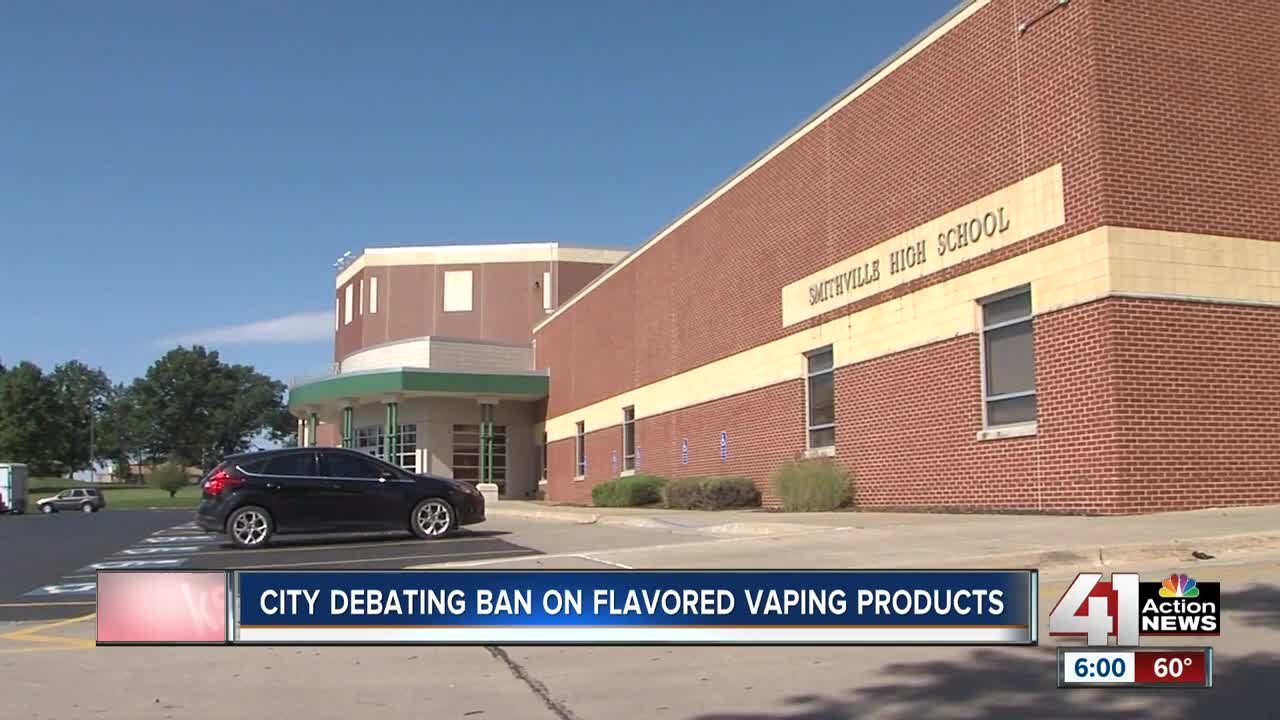 The city of Smithville tabled a possible ban on flavored vaping products within the city. The move comes as Missouri Gov. Mike Parson launched a statewide campaign and several area school districts decided to take legal action against an e-cigarette manufacturer. 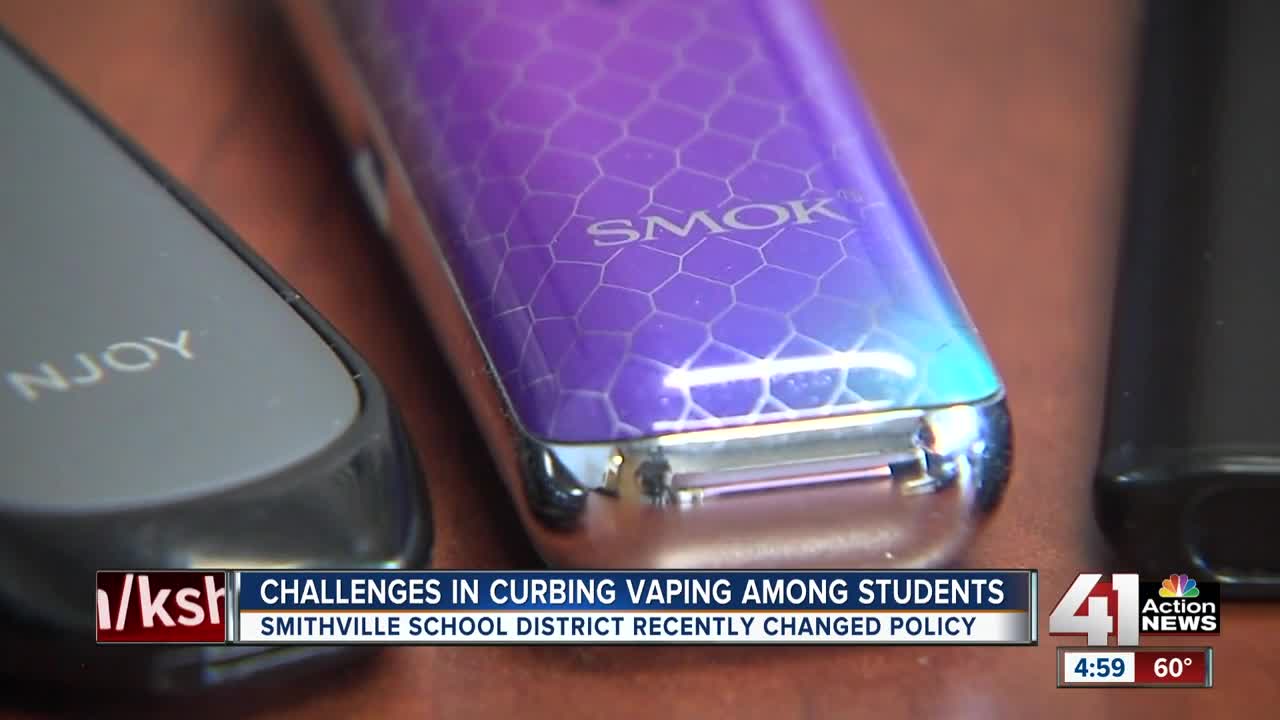 “You feel like you’re getting on top of it and then something new comes,” Smithville High principal Dr. Tracy Platt said. “They have hiding places in sweatshirts and backpacks, in belts.”

The school district has been fighting vaping in its classrooms and hallways for years.

Last year, the district changed its policies so that anyone caught vaping or in possession of a device faces the same consequences as students caught with drugs or alcohol.

“We try and educate as much as we can with the vapes,” Platt said. “We are getting more information out to kids; we are having more discussions.”

A proposal being considered by the city of Smithville might help the school fight the epidemic.

According to police, officers have dealt with fewer cases of vaping at the high school so far this year compared to last year, but incidents have spiked at the middle school.

On Tuesday, city leaders decided to table a discussion on a possible ban on flavored vaping products within the city until Nov. 5.

“The biggest fear is the unknown of the products, I don’t think anyone knows,” Parson said.

The campaign will be called “Clear the Air.”

As of Tuesday, there have been 23 reported illnesses and one death related to vaping in Missouri. Unlike other states that have placed bans on the sales of electronic devices, Parson said it was too early to consider such action.

“This is the first step, I would like to say, of what we are doing today, what I can as governor,” he said. “I think the Legislature’s going to have to take a look at this come session.”

If Smithville passes a ban on flavored vaping products, it would become the first city in Missouri to do so.

“I am not so sure why we have created something so harmful for kids and we catered to their scents,” Platt said.

Across the state line, school districts in Kansas have approved lawsuits against Juul, one of the major e-cigarette manufacturers, claiming the company deliberately targets school-age kids in its marketing campaigns and misleads them about the dangers of e-cigarettes and vaping.

The Olathe, Shawnee Mission, Blue Valley and De Soto school boards have already approved initiating litigation, pledging not to use any school funds to pursue the lawsuits.