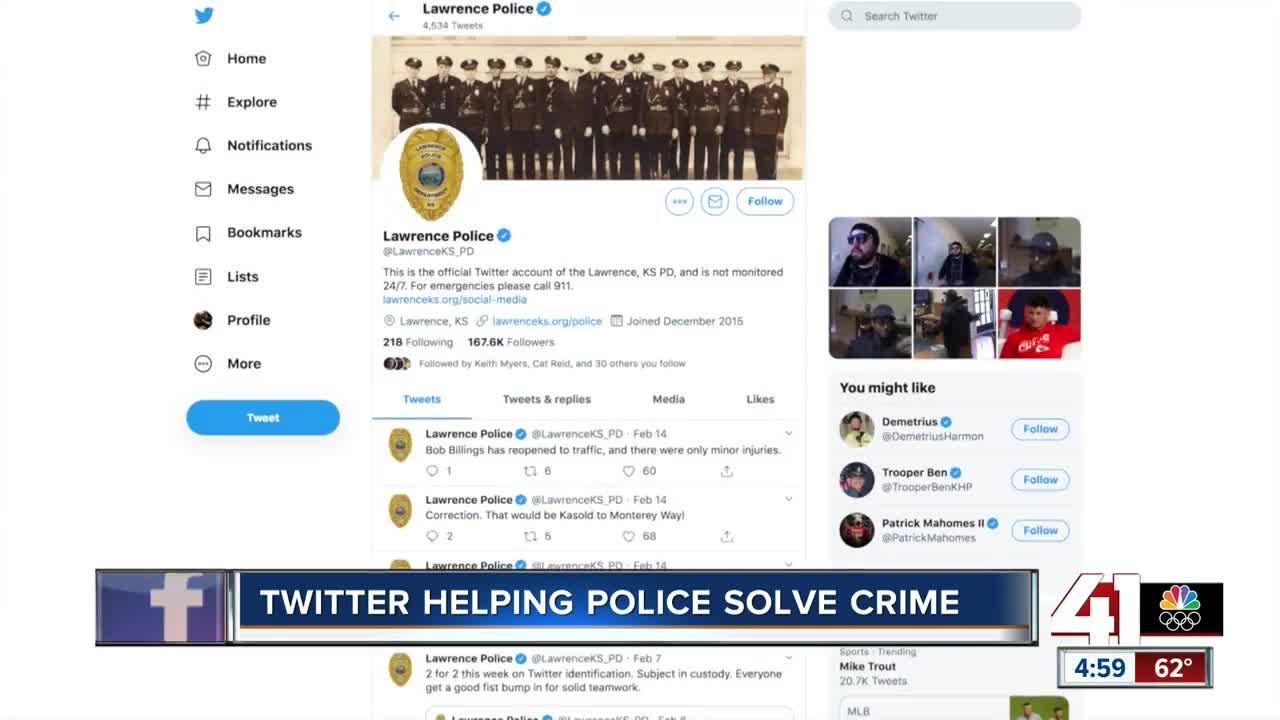 It's no secret that the Lawrence, Kansas, police department knows its way around Twitter, but officers are using it for more than funny reminders. Now, it's helping them solve crimes. 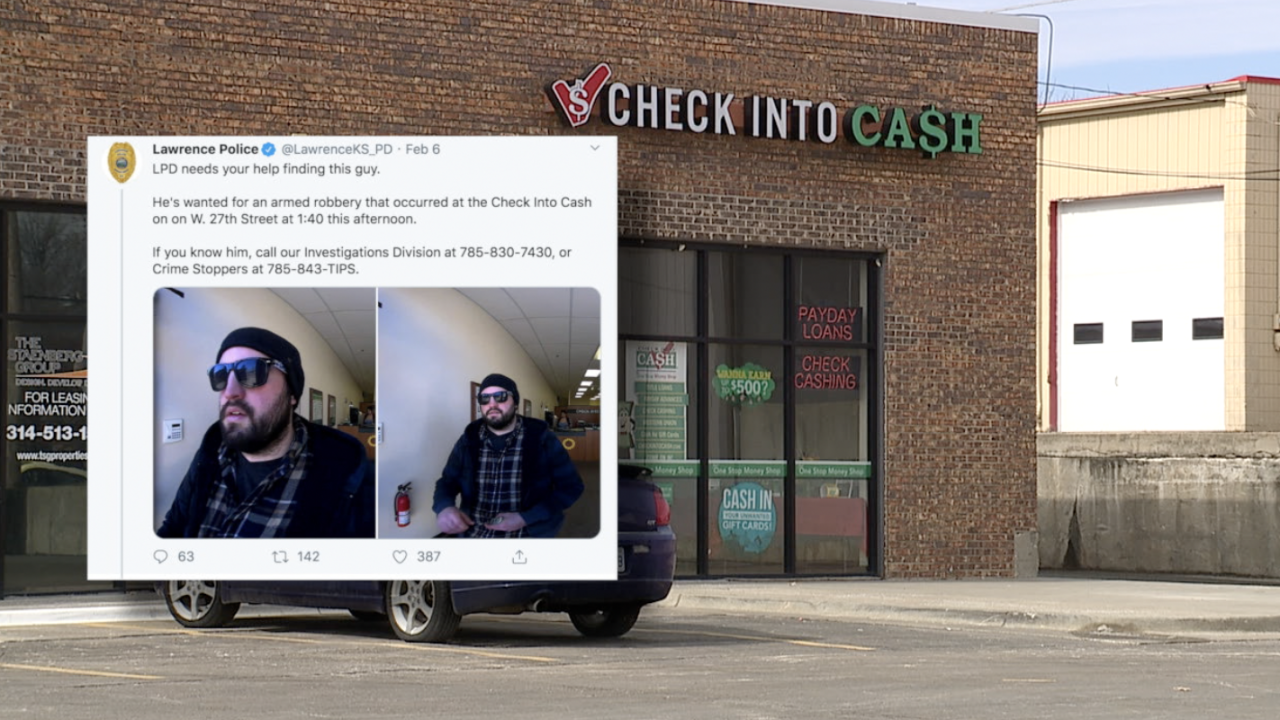 Patrick Compton, spokesperson for the department, said one of those robberies happened at a Landmark Bank in late January. The other happened at a Check Into Cash.

"At the Check Into Cash, it was the individual's family that recognized him on social media and encouraged him to turn himself in," Compton said. "Several people recognized the suspect at the Landmark Bank and sent us tips"

Compton credits one of the department's officers for its strong social media following.

Several of the department's tweets have gained national attention and been quoted on late night talk shows such as Jimmy Kimmel Live.

Compton said officers investigate every tip they receive through their social media pages even if they aren't always accurate.

"The more people that we can get following our Facebook and Twitter account, the more opportunities for us to get that good information out there, to educate the public on other things we have going on."