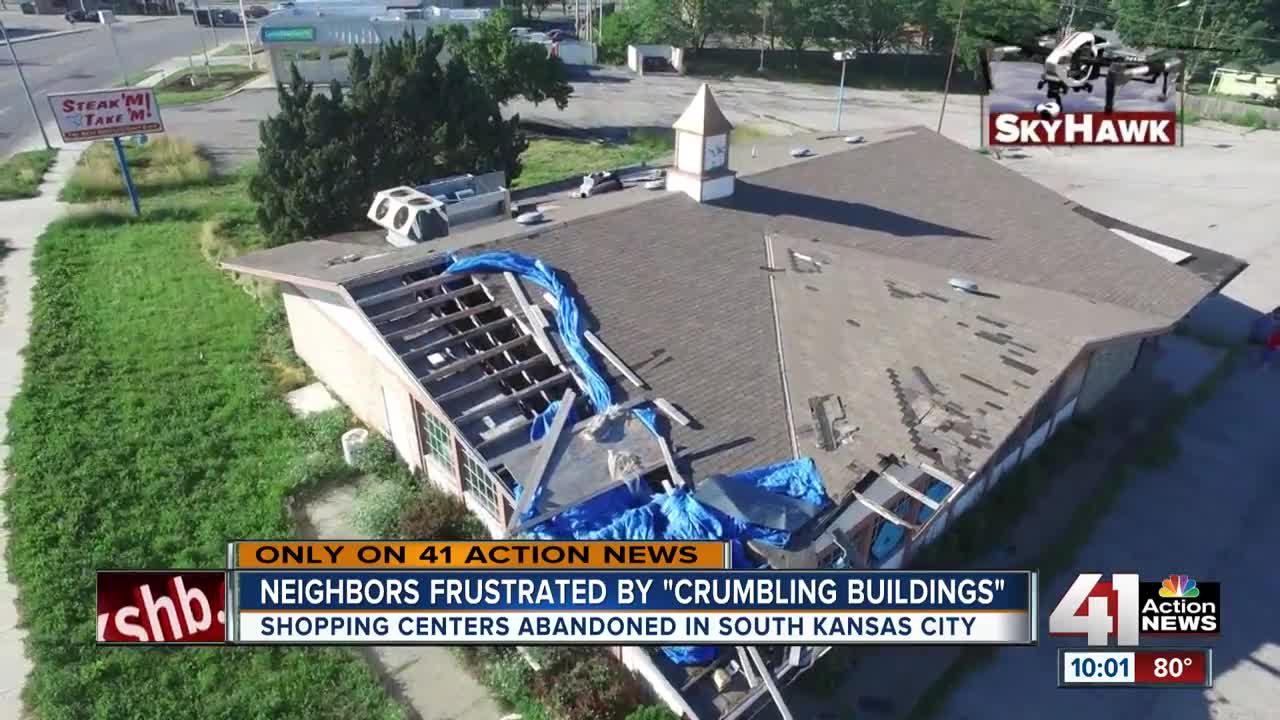 Residents in south Kansas City are expressing frustration that the city is doing enough to combat blighted commercial buildings. Neighbors gathered to express that anger. 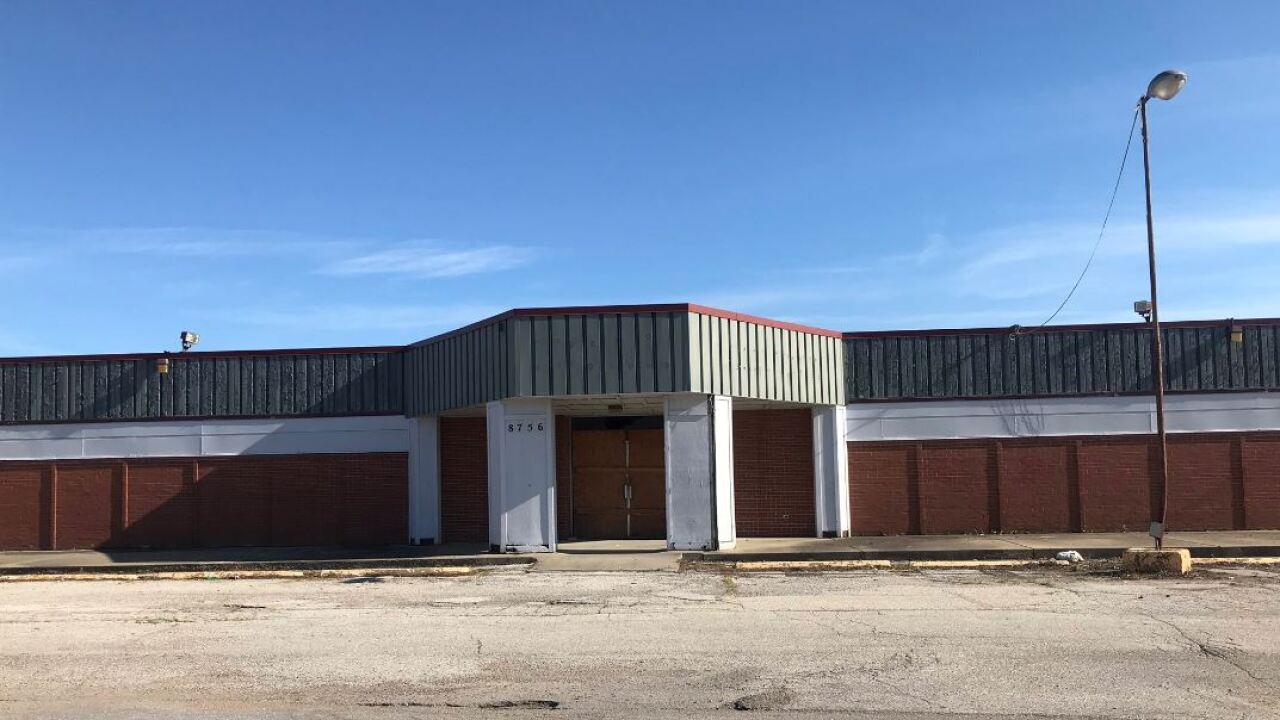 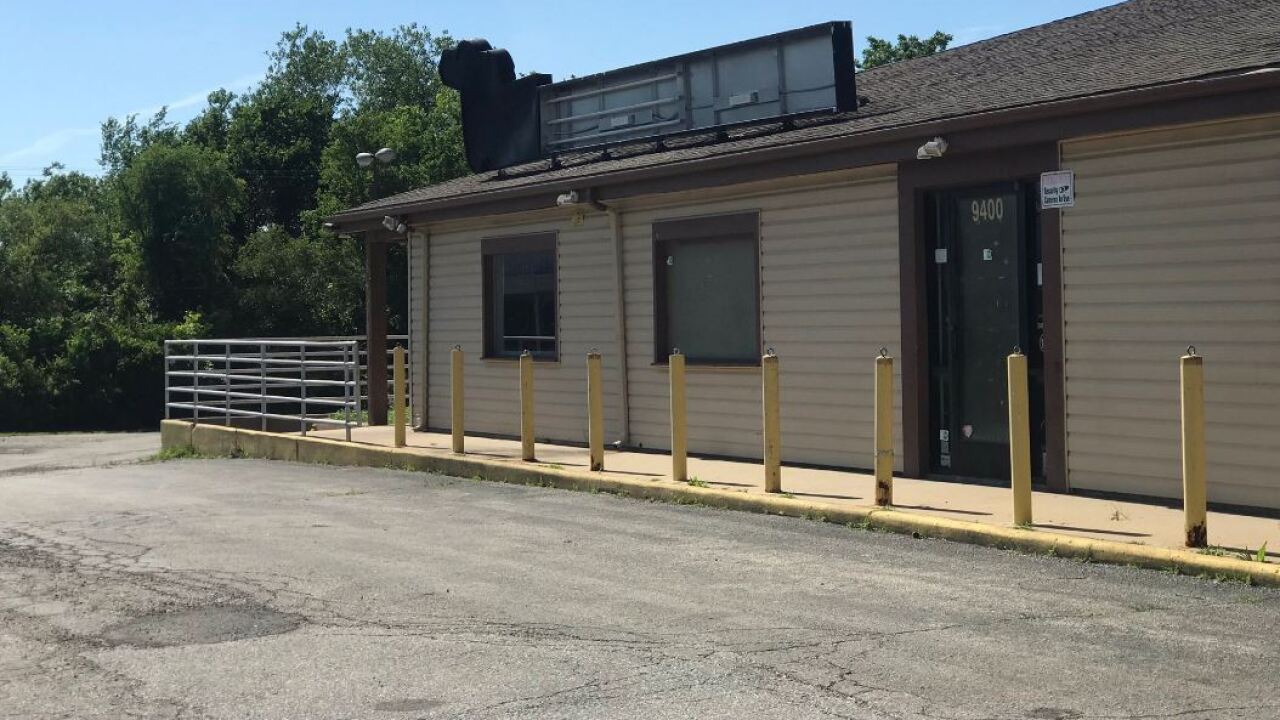 KANSAS CITY, Mo. — Outside a restaurant that has sat vacant for years, dozens of south Kansas City residents gathered to voice their frustration and anger about blight in their community. The residents said they "feel forgotten" and blame the city for "ignoring their community."

"I believe it is an equity issue, I do," resident Karry Palmer said. "I think this would never happen in certain areas of the city."

Palmer is the chairman of the Hickman Mills United Neighborhood Group. He has been voicing his concerns by emailing city council members and code enforcement officers since 2009.

"It's just gotten worse over the years," he said, pointing to a boarded up grocery store in the Loma Vista Shopping Center.

Although there are a few stores open strip mall, the majority of retail spaces are vacant and boarded up. Dumping has started to accumulate in the back of the parking lot, which looks more like a truck graveyard than a parking lot.

The blight is not just limited to one area. Less than five minutes away, the Robandee Shopping Center sits entirely empty.

Both Loma Vista and Robandee have received multiple code violations from the city.

"It's just depressing," Palmer said. "I cannot see how you can incentive people to move into an area when you have this much blight in one area. I wouldn't move into a neighborhood like this. If I saw this, I would keep driving."

The shopping centers are part of the East Bannister Area Plan, designed to encourage commercial and residential redevelopment by offering developers tax incentives.

But if a developer is not interested in the property, there is very little the city can do, according to KCMO Department of Housing and Neighborhood Services spokesman John Baccala.

"We have to exhaust all legal channels we can, because it's a privately owned building and that's what causes frustration with the neighbors," Baccala said.

One property that has been sitting vacant and boarded up for years is an old restaurant near East 87th Street and Blue Ridge Boulevard. Although the roof is falling in, the old restaurant is not considered a dangerous building because the city has determined the sides are structurally sound.

"We come out here, we cite them, we mail them a ticket," Baccala said. "(The building owner) has not show up for court twice. Probably our best bet at this point is getting this building under receivership and take possession of it."

In the meantime, Palmer and his neighbors would like to see the structures torn down.

"Grass isn't blight," Palmer said. "I would rather see a grass field than this. Why? It almost looks better. It's almost easier to develop a grass field with nothing than it is to try and redevelop this."