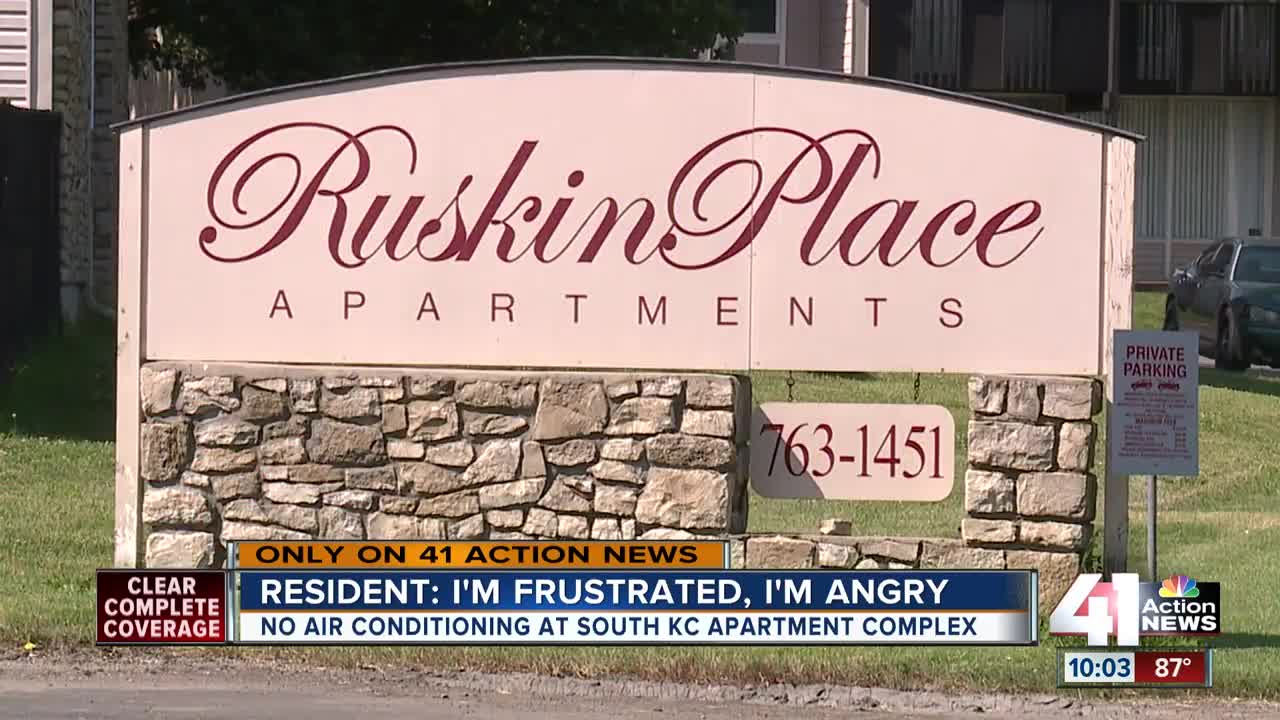 With the metro under an Excessive Heat Warning, one woman is still fighting a two-month battle to get the air conditioning fixed in her south Kansas City apartment. 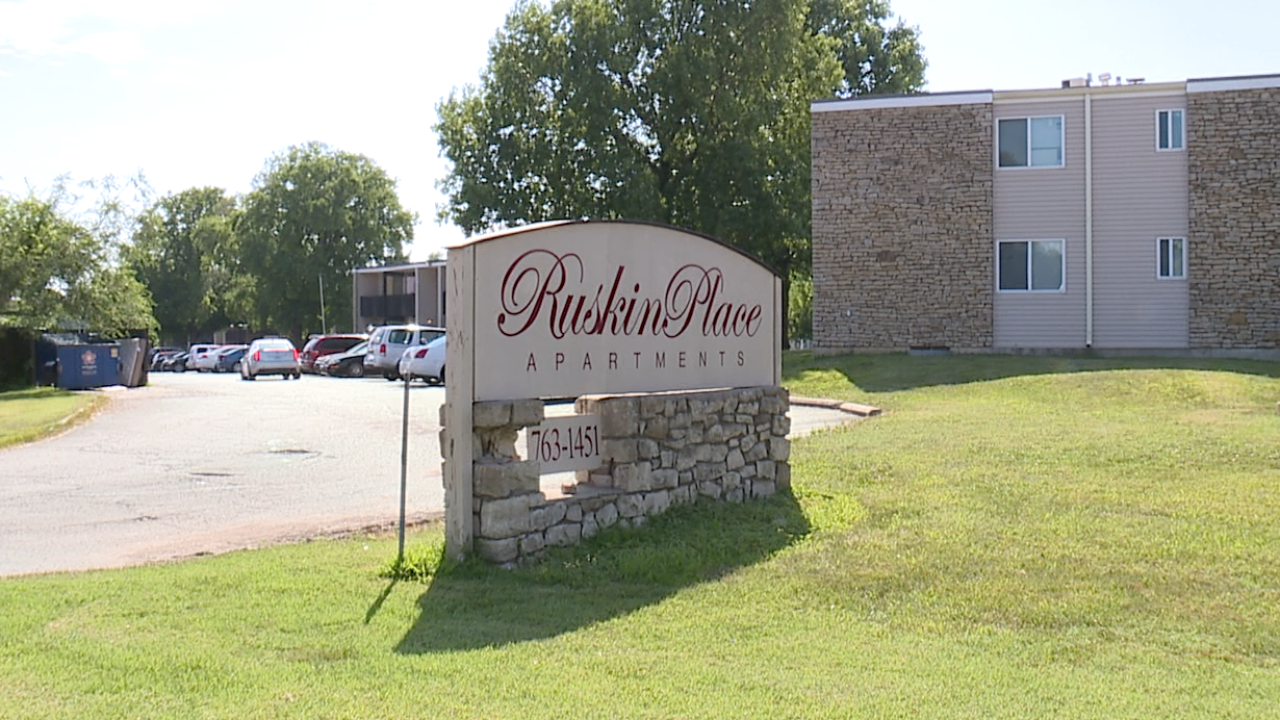 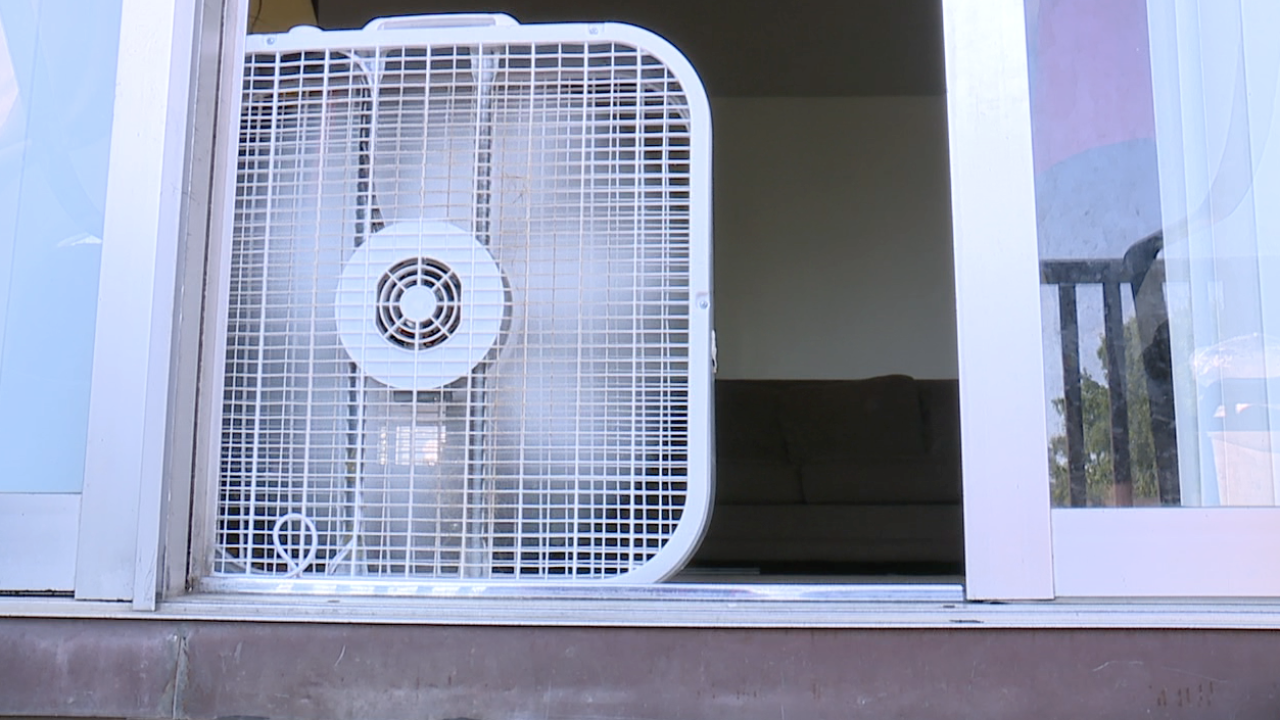 KANSAS CITY, Mo. — With the metro under an Excessive Heat Warning through Saturday , one woman is still fighting a two-month battle to get the air conditioning fixed in her south Kansas City apartment.

Tiyonna Watkins lives in the Ruskin Place Apartments off of Blue Ridge Boulevard and Longview Road in KCMO. She has been living without air conditioning since May 24.

Watkins has tried to contact the apartment complex's manager and the property owner. After not seeing any attempts to fix the problem, she contacted 41 Action News for help.

"I'm very frustrated; I'm angry," Watkins said. "I hate that I have to pay rent here."

TEH Realty owns the Ruskin Place Apartments and other complexes in Kansas City and St. Louis.

Owner Michael Fein told 41 Action News late Wednesday he was "surprised" Watkins has been living without air conditioning since May.

According to Fein, company policy is to fix the air-conditioning unit and install a temporary window-unit until a permanent fix is made.

Fein said he would send someone to check Watkins' apartment Thursday and install a window unit.

But 41 Action News has learned that the Kansas City Health Department has visited the property two times and issued warnings to the management.

Inspectors first visited Ruskin Place on June 14 and told management they had 15 days to fix the problem.

Because the air-conditioning was never fixed, the Health Department returned Wednesday for another inspection.

This time, according to Health Department officials, the inspector told the complex's management it has 15 days to fix the problem and fined them $150 for a re-inspection fee.

According to the KCMO Health Department officials, inspectors may return two more times before the city will "shut the place down" if the problem isn't fixed.

"If it was just me, I would be gone," Watkins said. "But for me to have two children, this is unacceptable."