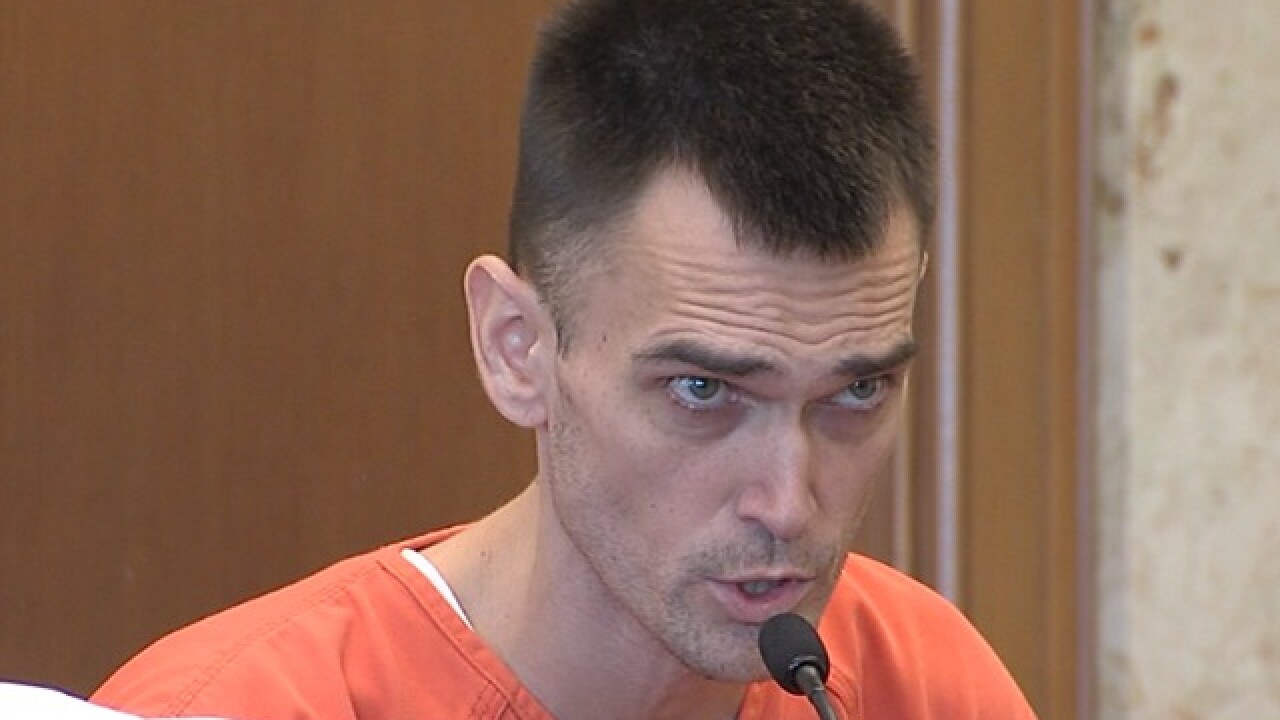 KANSAS CITY, Mo. — UPDATE 4:15 PM 11/2/2018 | New charges have been filed against Justin Rey, the man who was found living in a Lenexa storage unit with his young children and wife's dismembered body.

Prosecutors have charged Rey with three counts of sexual exploitation of a minor. That's in addition to two counts of aggravated endangerment of a child and two counts of contributing to a child's misconduct or deprivation.

His new bond is set at $1 million.

This comes after prosecutors dismissed the initial case earlier Friday so that more charges could be added. Judge Brenda Cameron said the law doesn't allow amending the original charges.

The move starts Rey's trial process from the beginning.

PREVIOUS | A man facing trial next week in a bizarre series of crimes could now be charged in a child pornography case.

Johnson County prosecutors Thursday filed a motion to add three counts of sexual exploitation of a child to the list of charges Justin Rey already faces.

Rey is set to stand trial Monday on two counts of child endangerment and other charges after officers found Rey and his child living in a filthy storage facility in Lenexa.

Officers found the dismembered remains of Rey's wife in two coolers inside the storage unit, but have not charged anyone in that case.